The sky above Göttingen was a battle field during World War Two and on this ride we visit the site where a B17 Flying Fortress of the USAF was shot down on returning from an attack on an aircraft factory at Halberstadt in the Harz Mountains in 1944.

Air War
A massive technological leap occurred between World War One and Two seeing aircraft become a major method of projecting power, to take war into an enemy’s heartland, to inflict damage and in a world brutalised by militarist fascists and death cults it was also a weapon of terror. The bombing of the Republican held town of Guernica during the Spanish Civil War prior to WW2 by German Nazis and Italian Fascists comes to mind.

Göttingen during World War Two suffered a series of air raids on its rail marshalling yards and some infrastructure. In the skies above interceptions of Allied planes attacking targets across Central and Eastern Germany were common and this resulted in a  number of crash sites. The city itself was not a principal target of the Allied policy of ´area bombing´ subsequently it escaped mass damage (2% and approx. 200 died). There does exist a deadly legacy of unexploded bombs that remain buried out of sight – three ordnance soldiers died in 2010 attempting to defuse one such device found during building work. In January 2021 four unexploded American bombs were found in close proximity to each other and these were succesfully made harmless after huge efforts had been made.

Sons of Satan
The B17 Flying Fortress nicknamed ´Sons o´ Satan´ (many Allied aircraft were named and displayed nose art) took off from RAF Kimbolton in Cambridgeshire on February 22, 1944 and was part of an action coined the ´Big Week´. This ´Big week´ of air operations by the Allies was partly designed to draw out the Luftwaffe and to attack it to undermine its resistance to the planned Normandy D-Day Landings and to pin the Luftwaffe to the home front. Losses were large on both sides, but the Luftwaffe were never able to recover enough other than to offer a deadly token resistance from then on.

Sons o´ Satan was shot down by a Folke Wolf 109 and crashed close to the B27 Göttingen road near Geismar on 22 February 1944. Five members of the crew were killed, and the rest became prisoners of war. Foy Clingman died when his parachute failed, and navigator Harry Sheafer without a parachute fell to his death from the bomb bay as he tried to release a jammed bomb.

The crews of Miss FlorAla and Son of Satan

More crash sites
We could design a ride visiting the many reported crash sites in the area such as at Waake/Mackenrode where ´Miss FlorAla´ crashed having caught fire after being hit by flak in April 1945. Two crew members survived after parachuting into trees in a nearby forest. They had to drop from their parachutes to the ground after being caught in branches. This aircraft was one of the last US planes shot down in WW2.

At and near to the village of Deiderode and visited on this ride ´Lassie Come Home´ and ´Texas Chubby´ fell from the sky on August 16, 1944 and these planes were two of six B17s that crashed that day in a 30 second period.

Another high US air loss occurred on April 19, 1944 when after attacking an airfield at Eschwege five B17s were shot down over Röhrig and Fretterode (Inc. Old Man Tucker), South of Göttingen.

B17 crash sites in Fretterode (L) and Röhrig (R)

Some 14 US and British aircraft plus 25 German aircraft crashed to the ground in the area almost directly adjacent to Göttingen during WW2 (Including at Volkerode, Groß Lengden (x2), Gelliehausen,  Elkershausen, Lenglern and a US Typhoon at Kirchgandern all close to this ride). Further afield in a nearby valley are the crash sites of ´Dam Buster´ Lancaster bombers and over the Seulingswald on September 14, 1944 as part of the ill-fated ´Kassel Mission´ 32 US aircraft were shot down (Mostly B24s). These planes had lost their fighter escort having misrouted on their way to Kassel and unsuccessfully attempted to hit Göttingen as a secondary target and were attacked with devastating results.

At Dransfeld the seven man crew of RAF Lancaster JB320 were killed when their plane was shot down after being caught in searchlights by a night fighter and a second Lancaster fell close to Northeim Bahnhof killing all crew. Both crews are buried at Hannover Cemetery.

The crash site of B17 ´Ole Worrybird´ in Göttingen is unknown to us but when it lost its engines it circled in the sky in full view of the people below hoping to crash land at a small airstrip before the plane exploded on hitting the ground. One crew member was killed and the rest were first captured by a farmer who had to tell them that they were in fact in Germany. The plane had lost its compass as it limped back from a raid on Meisberg.

In January 1944 the B17 Eager Eagle 2 fell at Holzerode with seven dead.

Throughout the Allied air war against Nazi Germany the Steinhunder Meer a large lake close to Hannover (near Göttingen) was a major navigation point for USA and British aircraft and in April 1945 the Luftwaffe sent almost 180 `Sonderkommando Elbe´ pilots to intercept bombers over the Meer. With little ammunition etc. left the Nazi plan was to ram enemy bombers. Again there was high loss of life on both sides but for the Luftwaffe it marked its end as a war fighting force.

There are numerous crash sites of US fighter and fighter bombers who roamed the skies looking for targets when air superiority was achieved. We visited the site of Lethal Ethel a P51 Mustang fighter which had been damaged over Kassel eventually crashing at Elkerhausen (pilot taken prisoner).

All American WW2 dead buried in Germany during WW2 (including those in Göttingen) were later moved to military cemeteries in the USA, Belgium and Luxembourg.

Dambusters
As touched upon above an air battle we should also note is the infamous ´Dambusters´ attack conducted by the Royal Air Force against the Möhne and the Eder Dams in Operation Chastise on 16/17 May 1943.

Three waves of Lancaster Bombers breached the Möhne and Edersse Dams whilst damaging the Sorpe Dam. The Allied intent was to undermine Nazi war production and demoralize the population.

The Edersee is one of Germanys largest reservoirs feeding water into the Weser River and the subsequent flooding when the Eder Dam was breached killed many and affected downstream towns, villages, and cities. These included Hann. Münden and Hemeln both of which are a 30-kilometer bike ride away from Göttingen.

War is Hell
General Sherman remarked that ´War is Hell‘ when he was criticised for his war changing march upon Georgia deep into the Confederacy during the US Civil War. The Nazis first brutalised the German people and then a World resulting in a life and death conflict that drew teachers, taxi drivers, clerks, labourers, mothers, and farmers etc., to go to war. People undertook actions in conflict that they never would have dreamed of doing when civilians and the air war was vicious not just for the aircrews but also for those on the ground.

War is Hell – The great sin would have been if the Nazis had won.

Note: In 1945 US troops found a ‘P-47  Thunderbolt’ and a ‘P-51 Mustang’ at Göttingen Airfield, the former with Luftwaffe markings). 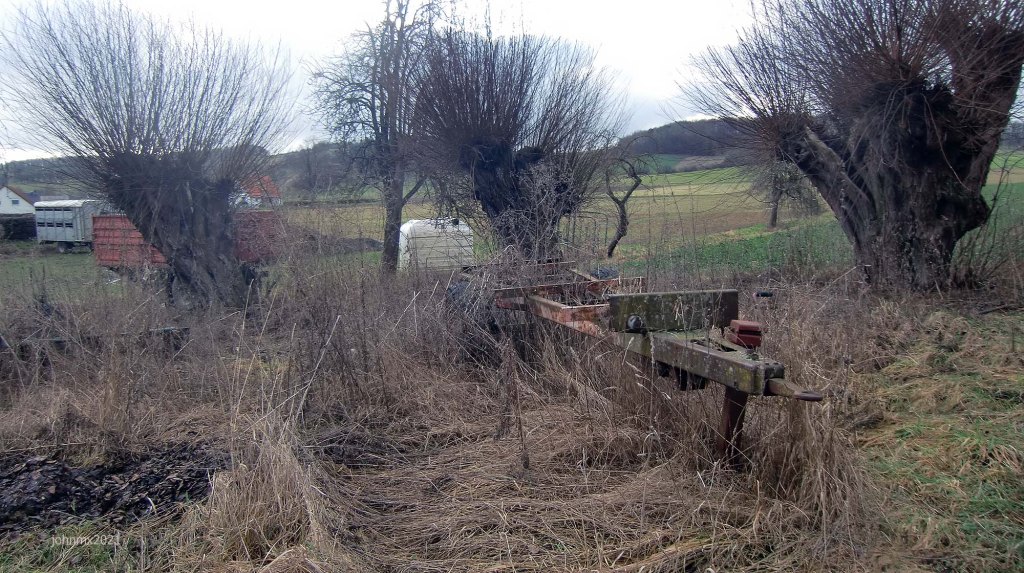 Rusting farm equipment near the spot where Lethal Ethel crashed at Elkerhausen.

To the right of the track is the final resting place of Lassie Come Home at Deiderode. 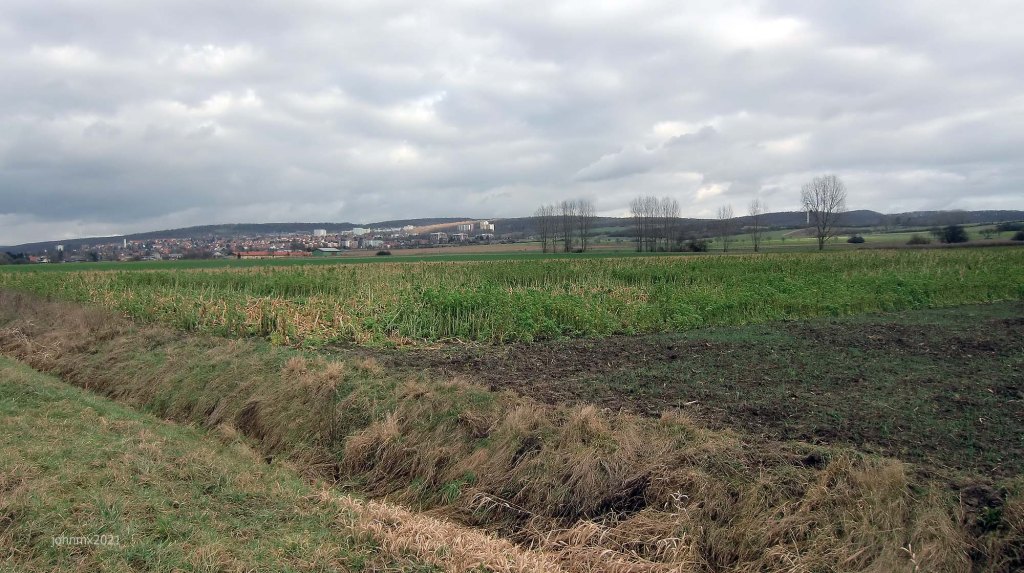 In this field crashed Sons o´ Satan and just in front of the farm buidling was the crash site of a ME109 near Geismar.

The Ride
The ride featured 44km of asphalt, farm roads and 17 sectors of gravel. Travelling at 50kph downhill from Deiderode through tight corners on asphalt was fun on mud cyclo cross tyres! 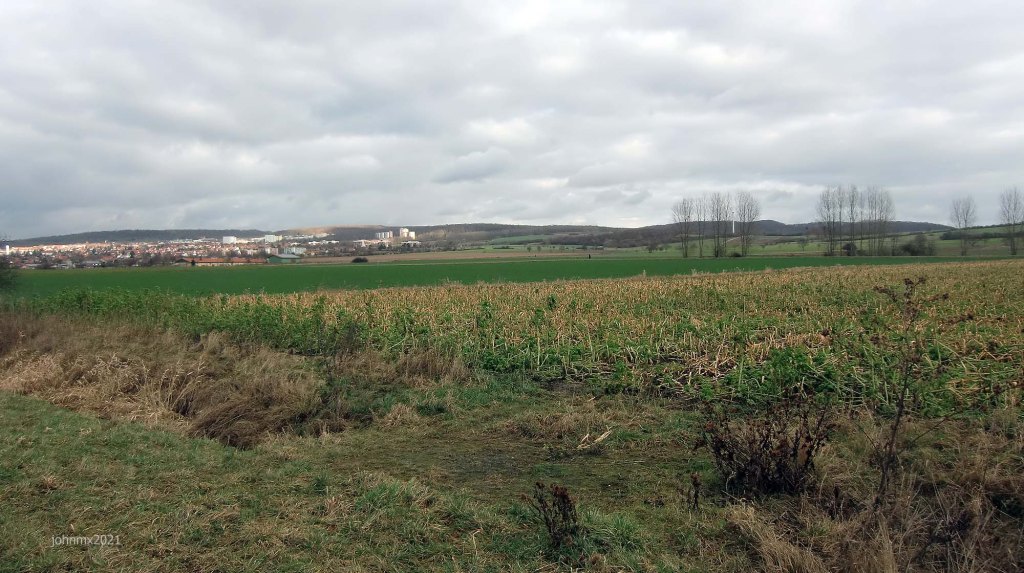 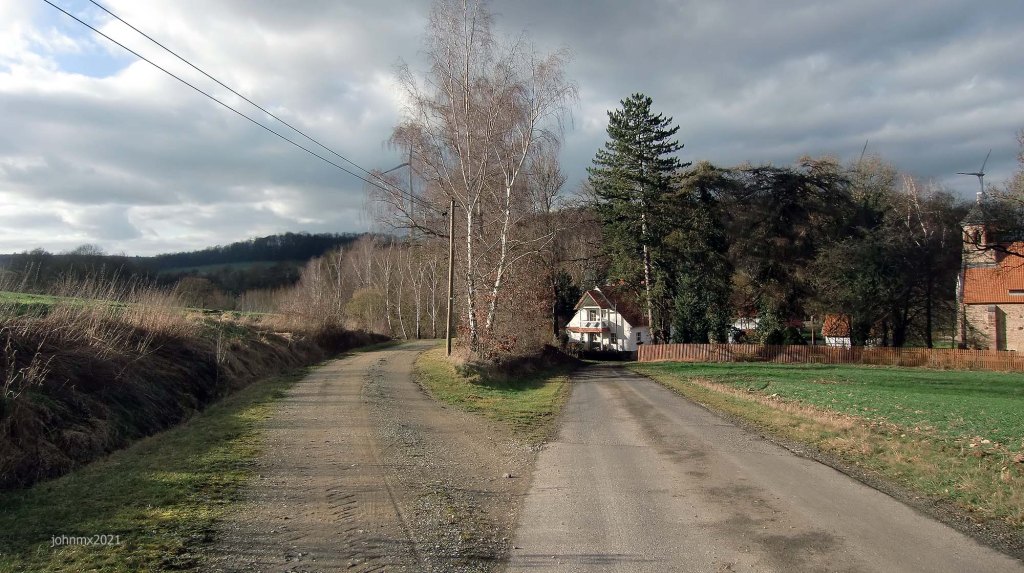 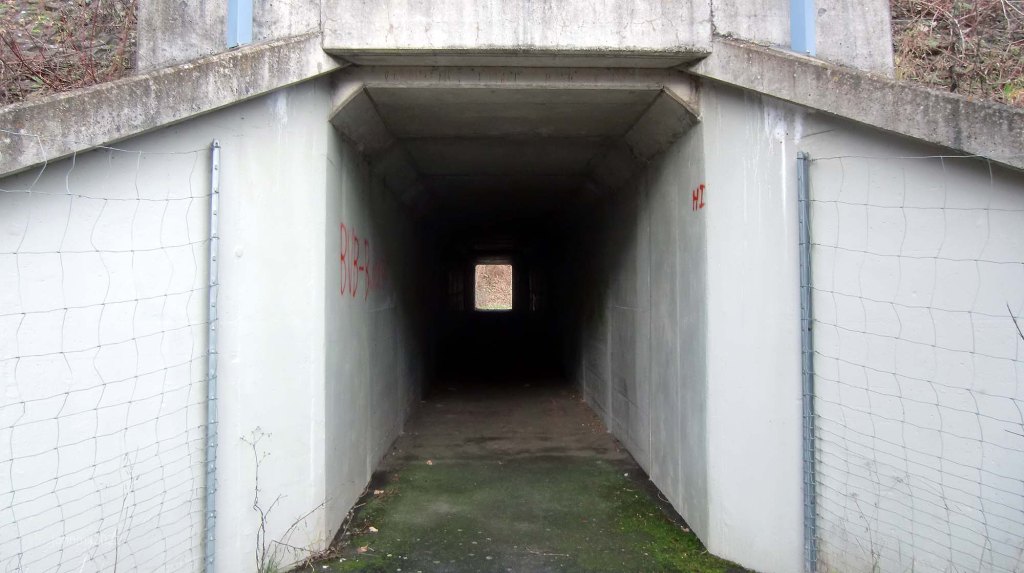