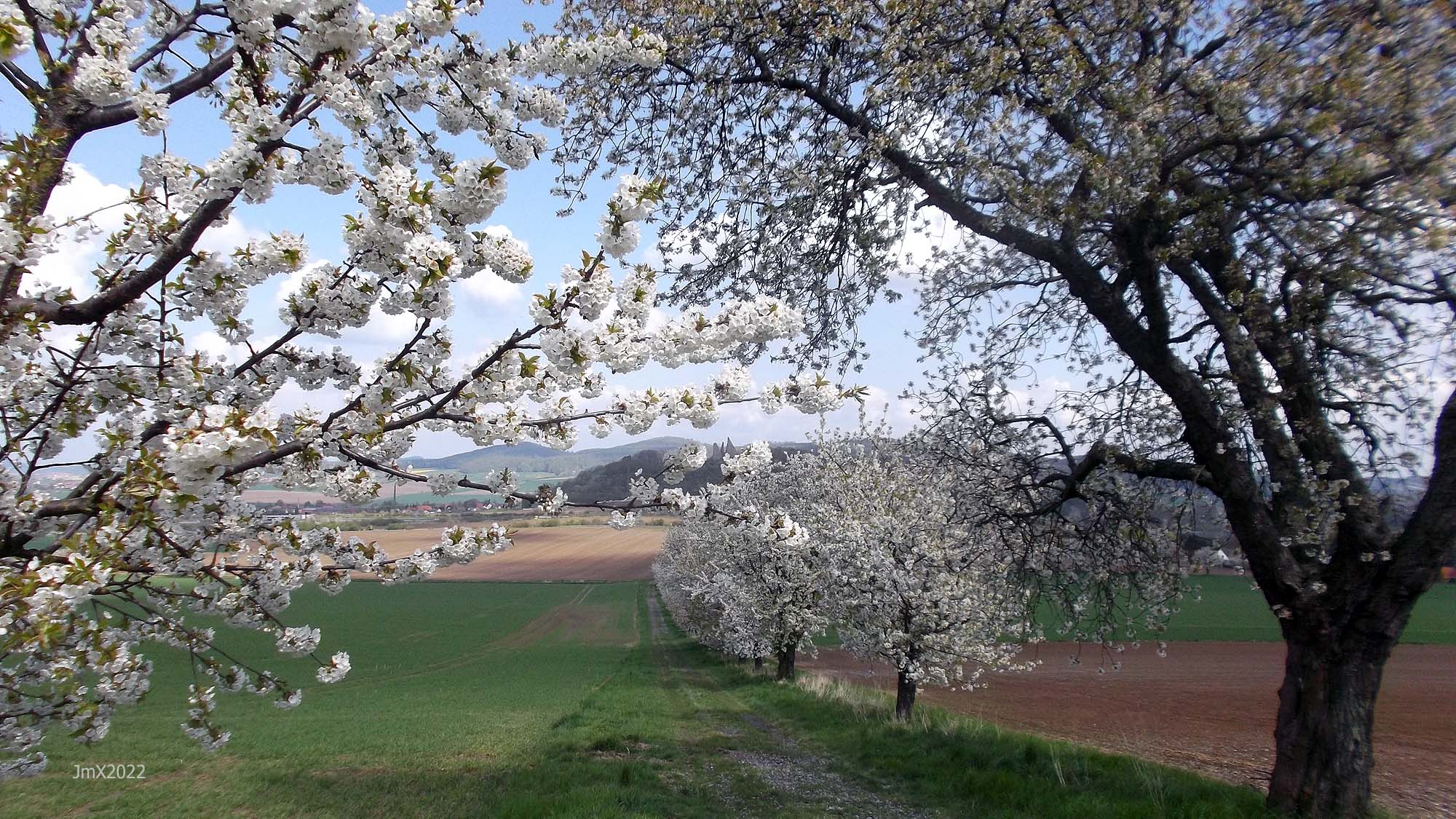 At this time of the year the landscape is brightened by pink and white and, on this ride, we followed the blooming Cherry, and the apple blossom the latter now emerging at the end of the April.

In Germany the cherry trees will be harvested in July and the yield is expected to be down by 8.4% because of rain, hailstorms, and frost during the Spring. In the Leine valley near Göttingen most Cherry trees seem not to be harvested for money and are ripe for the picking by anyone (scrumping – although there are caveats). 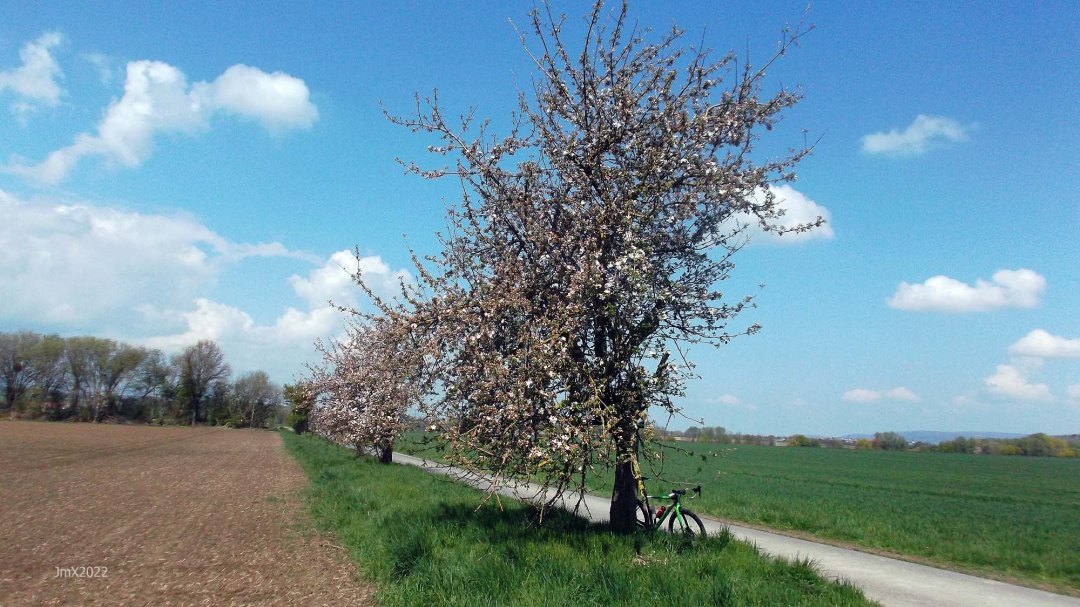 The chief commercial cherry areas are along the Rhine River including the Lake Constance region and at the lower Elbe River near Hamburg in northern Germany. At Marzhausen just inside Hesse there are signs of what looks like a once large cherry industry because the hills here are festooned with blossom. There are also a few small orchards which look like they are still in business.

A short ride from Marzhausen is Witzenhausen, famous for being the birthplace of the ubiquitous Biotonne refuse container it is also the smallest university town in Germany hosting an agrarian department – the ´Tropical School´ or as it was known at its founding, ´The Deutsche Kolonialschule für Landwirtschaft, Handel und Wegerle´ created in the 1898 to train colonialists. Witzenhasuen is important in the cherry-growing industry; some say it is Europe’s biggest self-contained cherry-growing area. Each year the Kesperkirmes (Cherry Fair) is held to celebrate the cherry.

Although Lower Saxony (where I am riding) is a major producer of apples as is Baden-Württemberg, and Rhineland-Palatinate, the apples here like the cherries litter the gravel trails with fallen fruit.

The cherries and apple trees plus the occasional pear add a wonderful dimension to a ride not only to see but also to taste when ripe.

Next up – Spring Flower Ride and a Forage Ride. 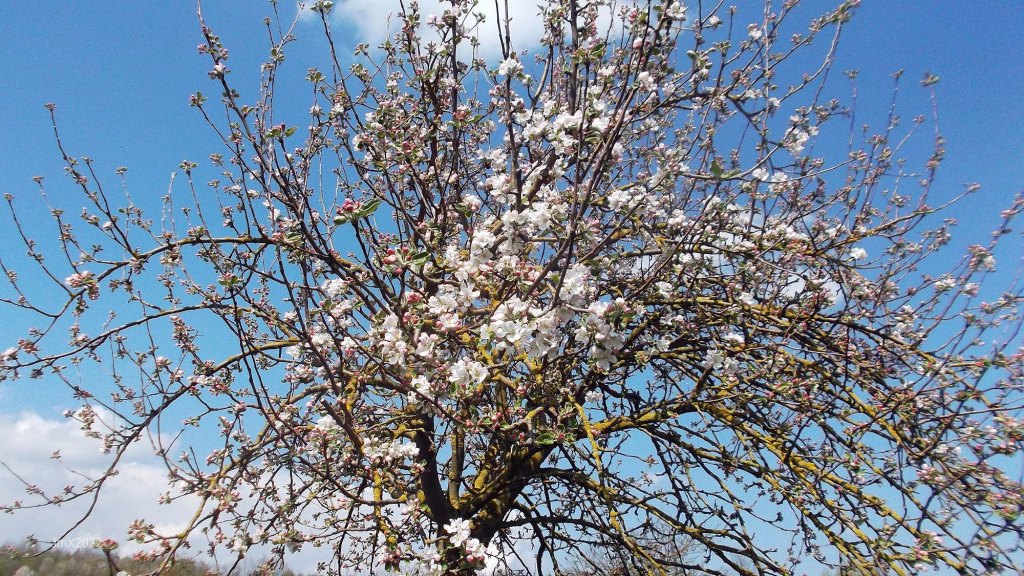 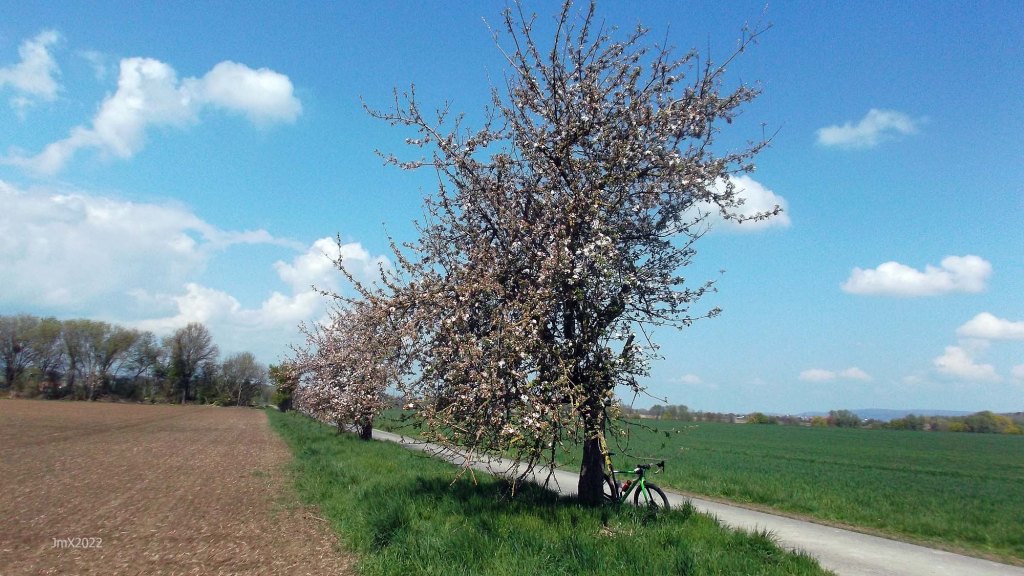 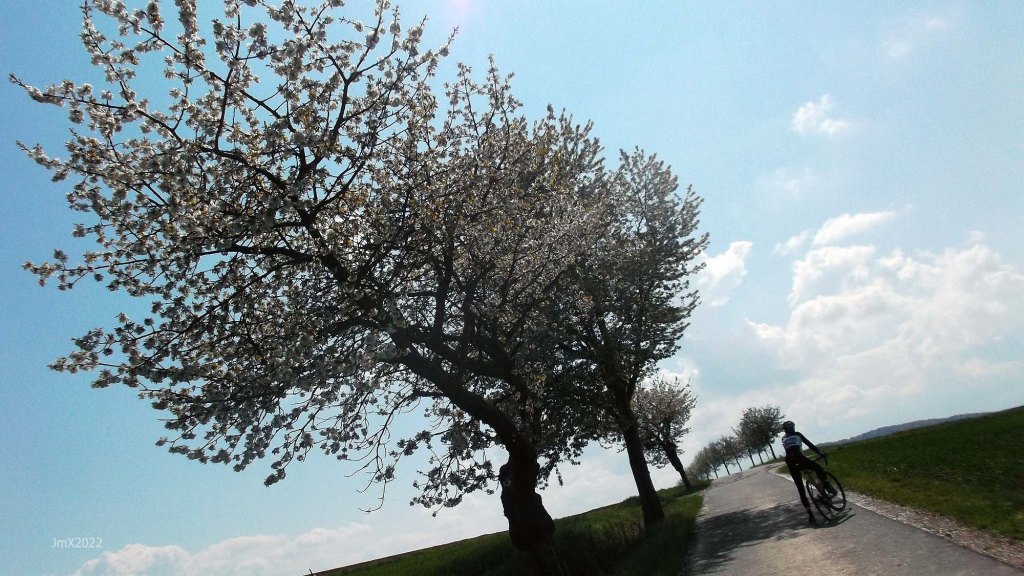 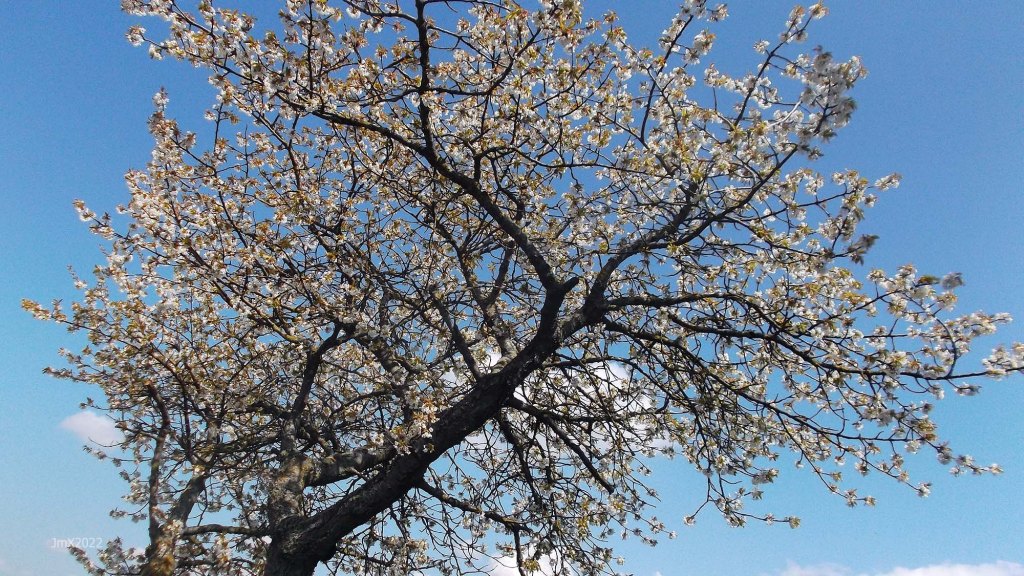 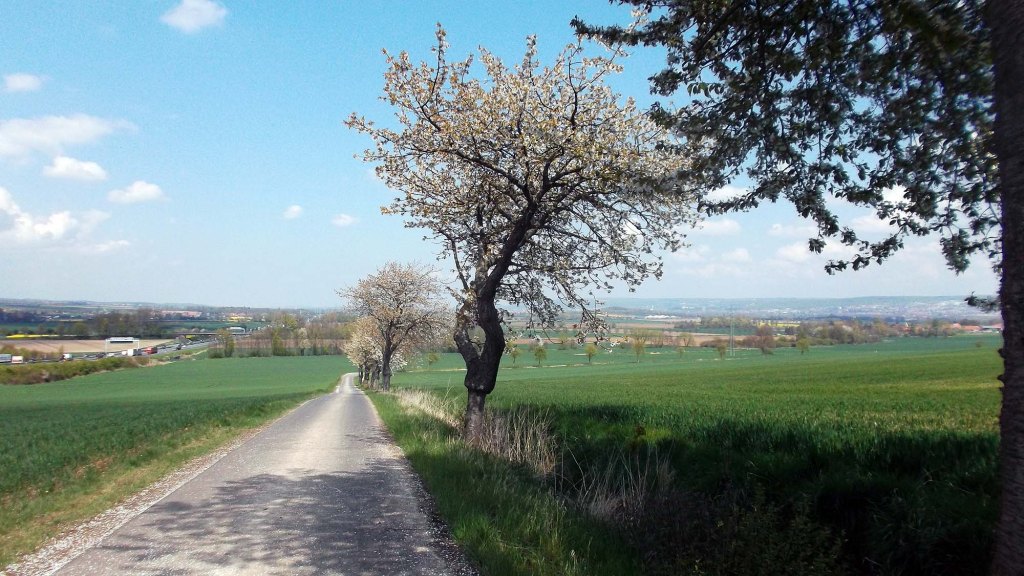 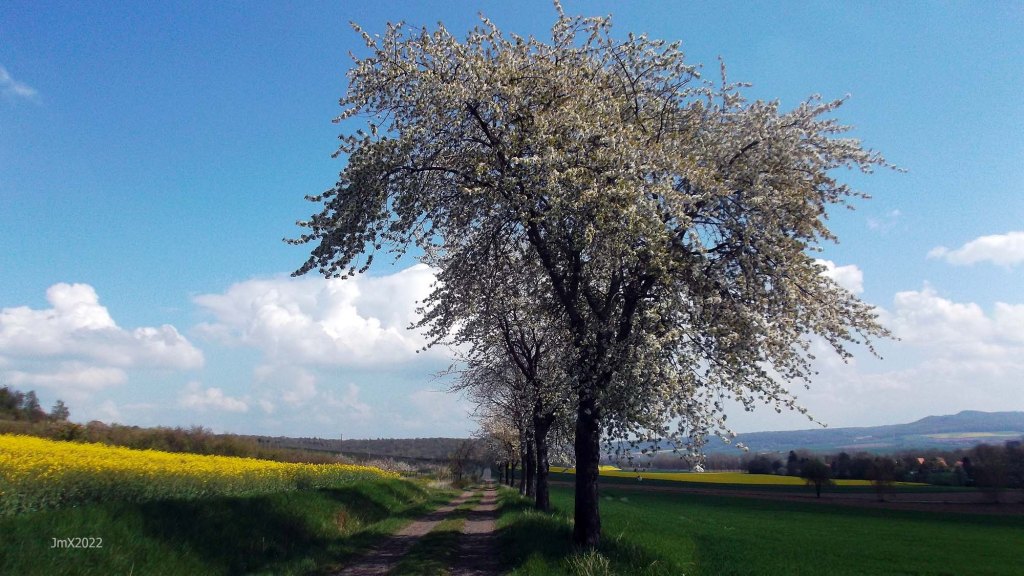 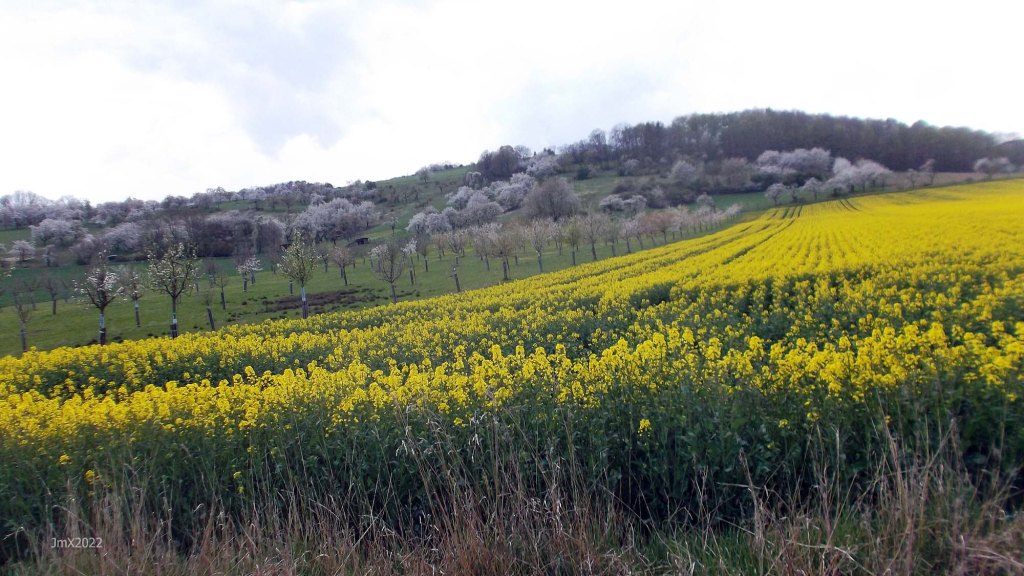 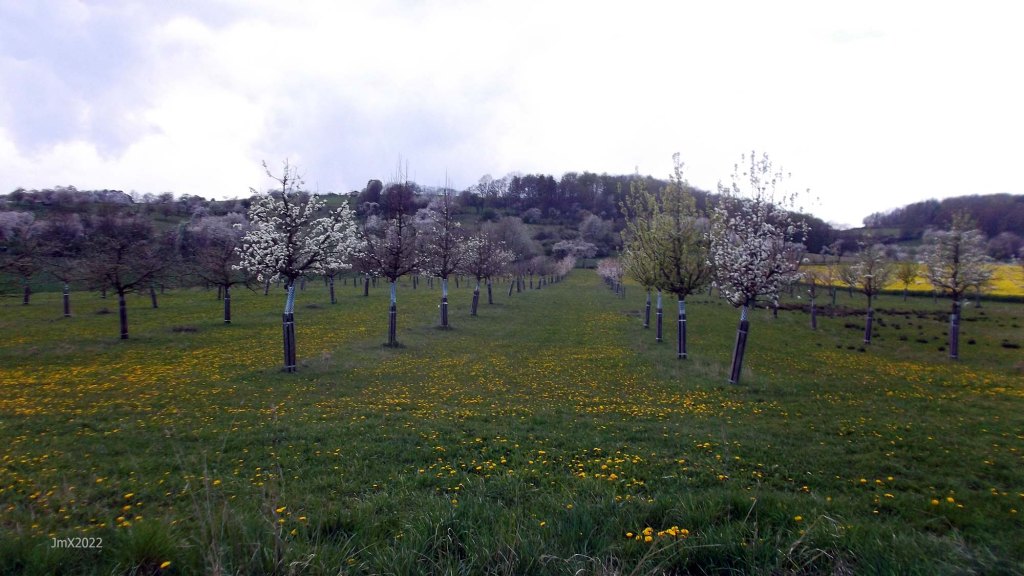 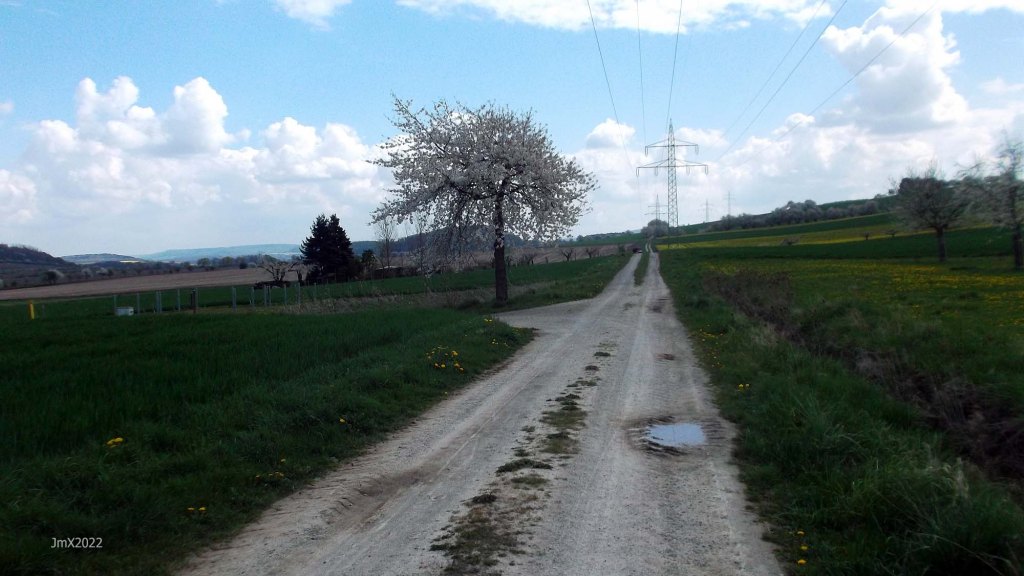 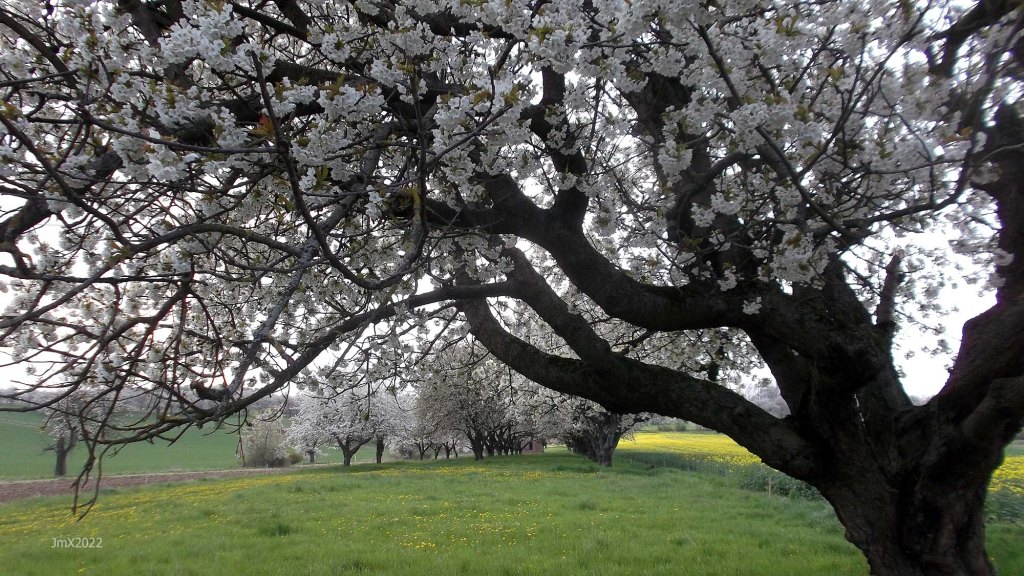 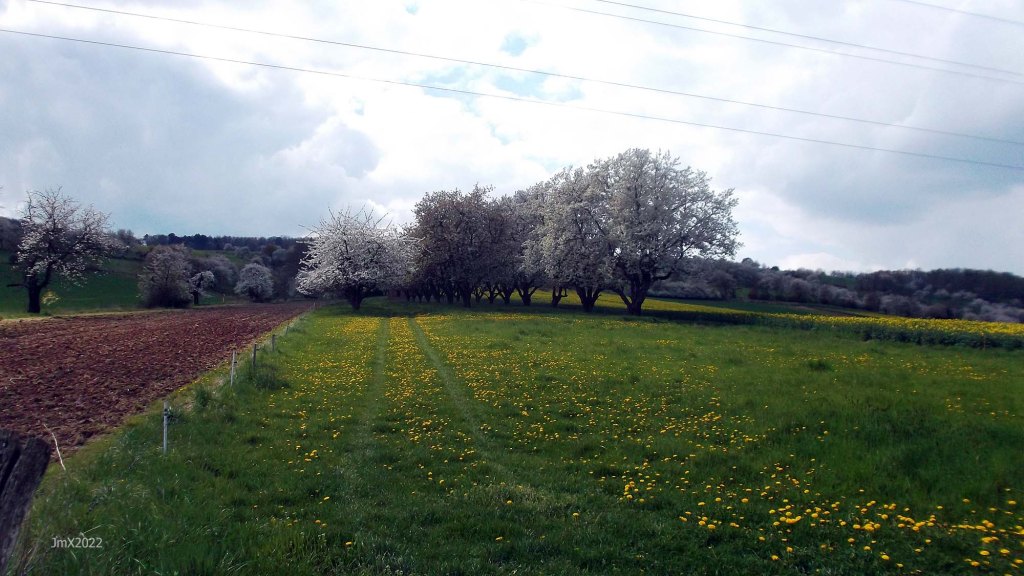 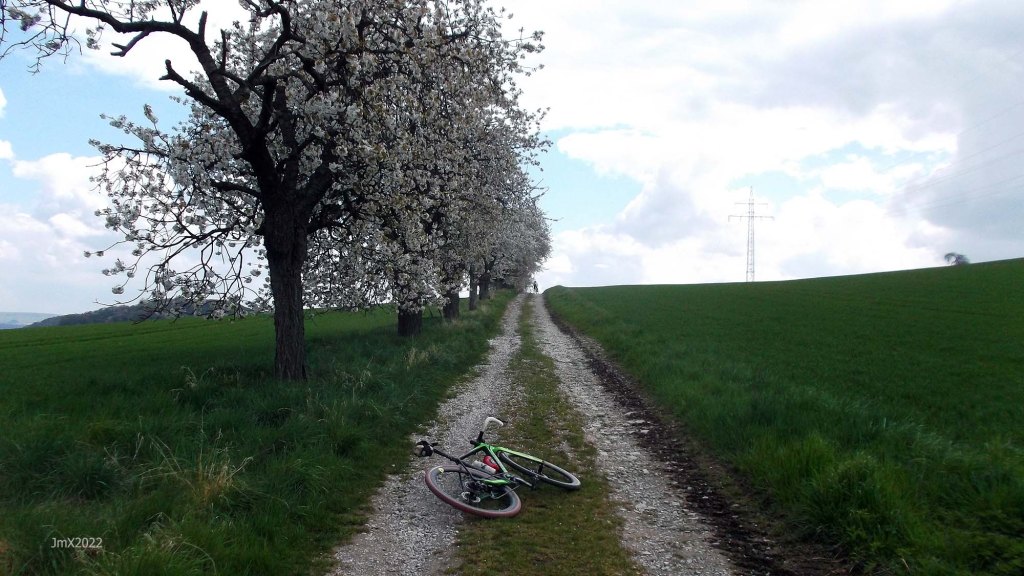 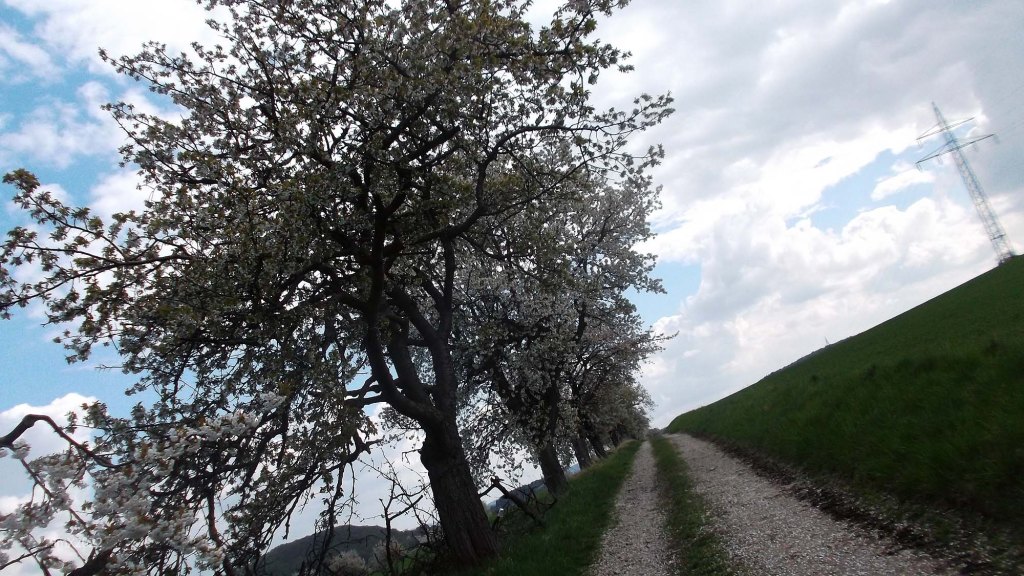 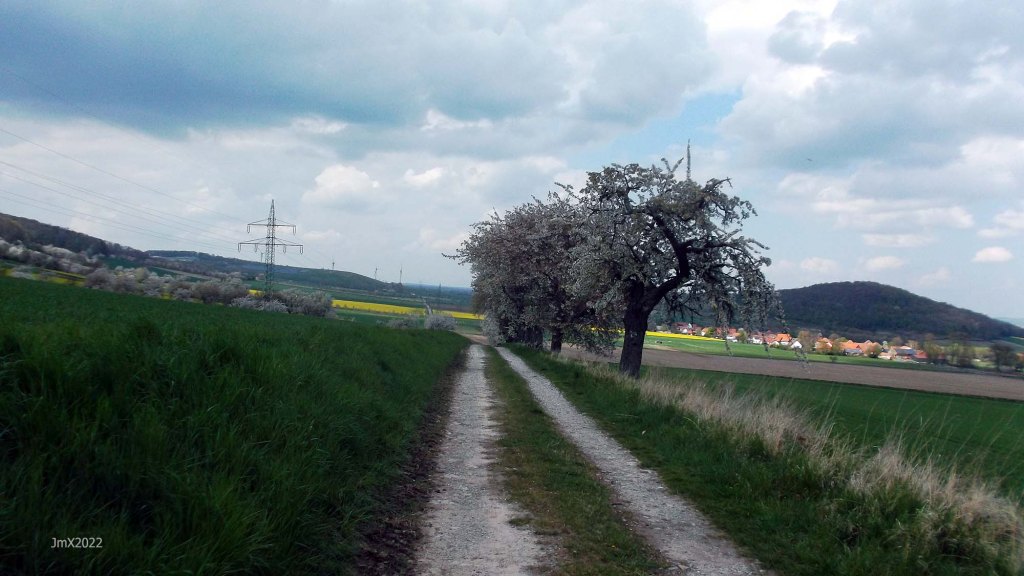 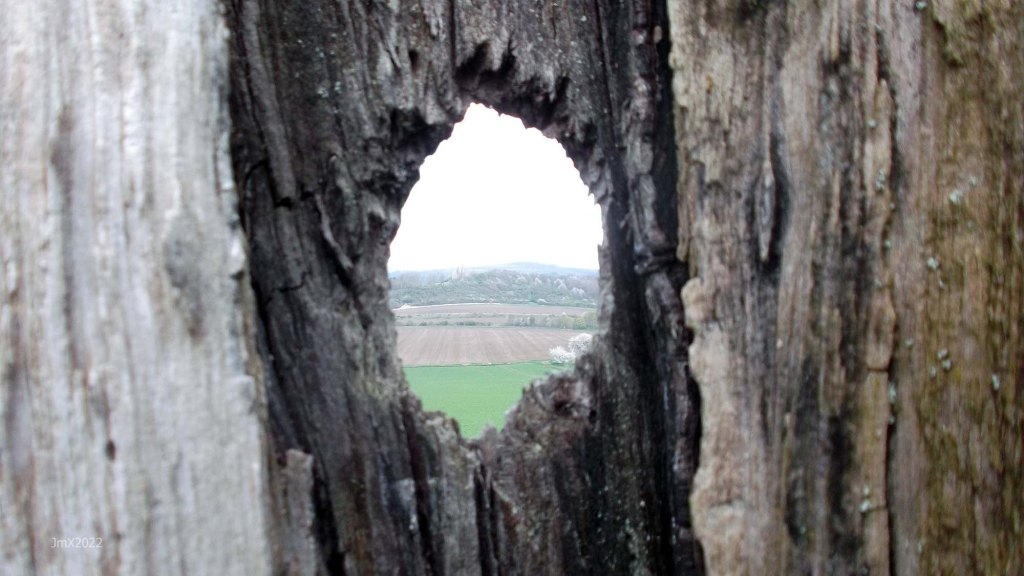 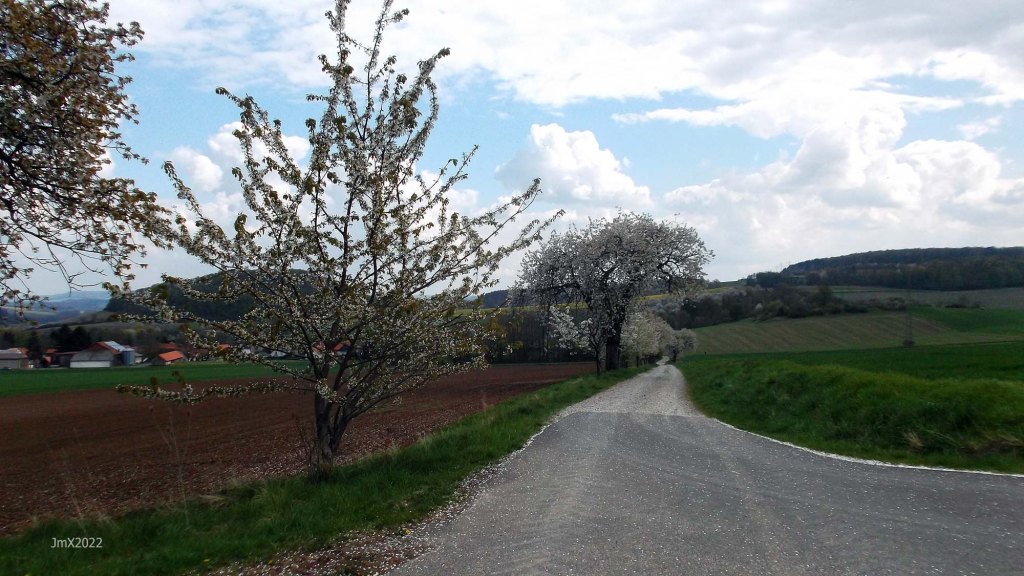 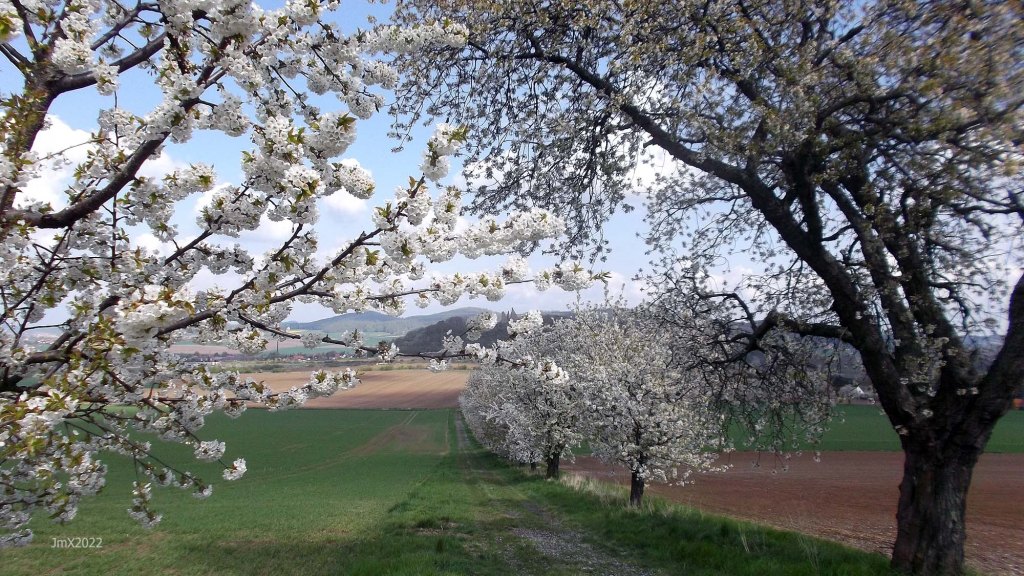 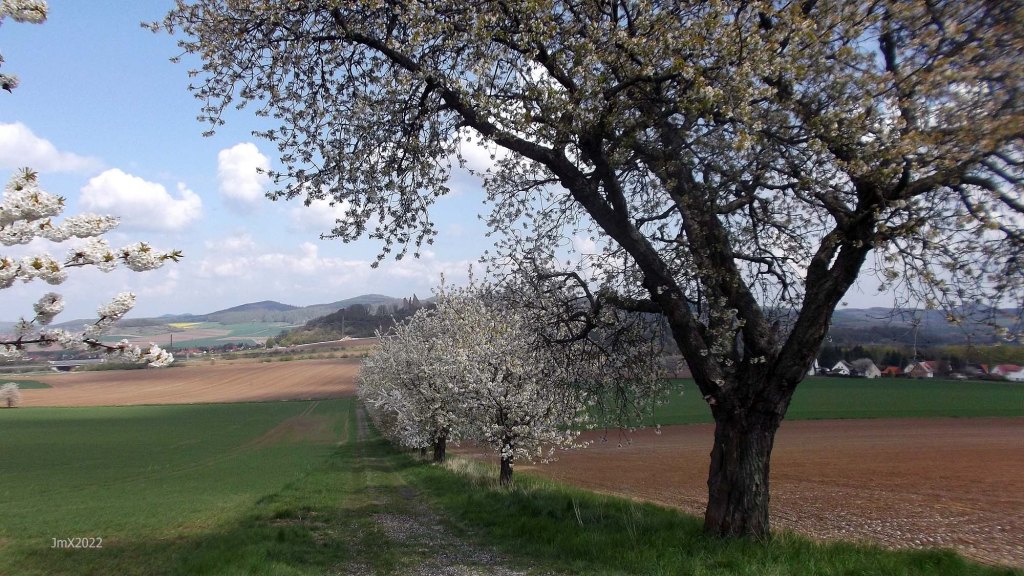 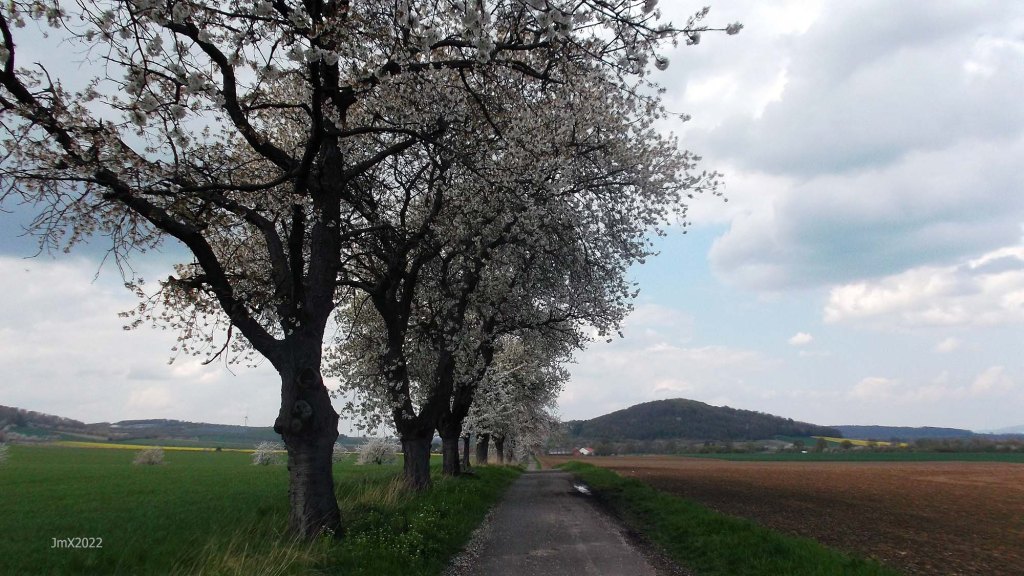 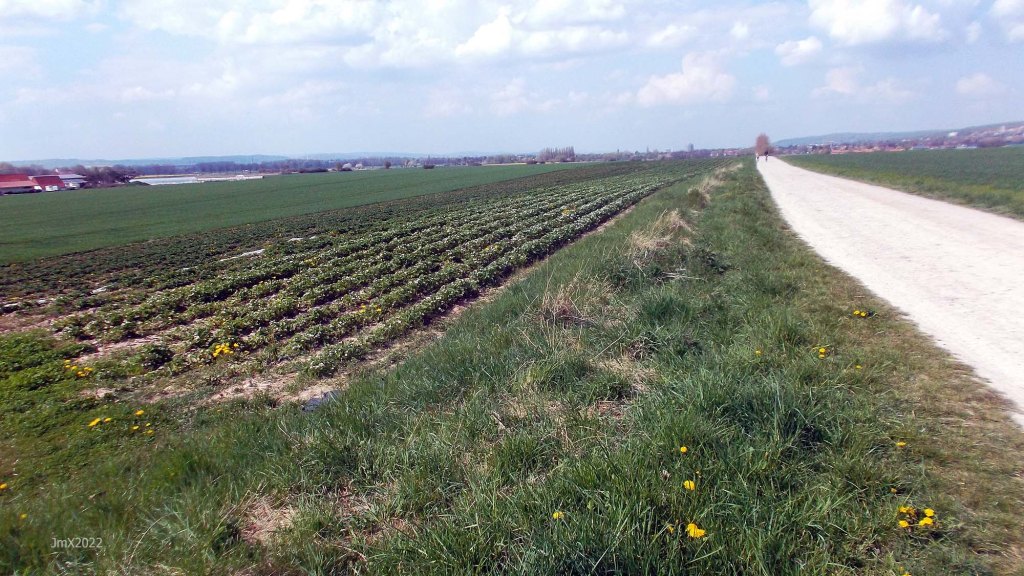 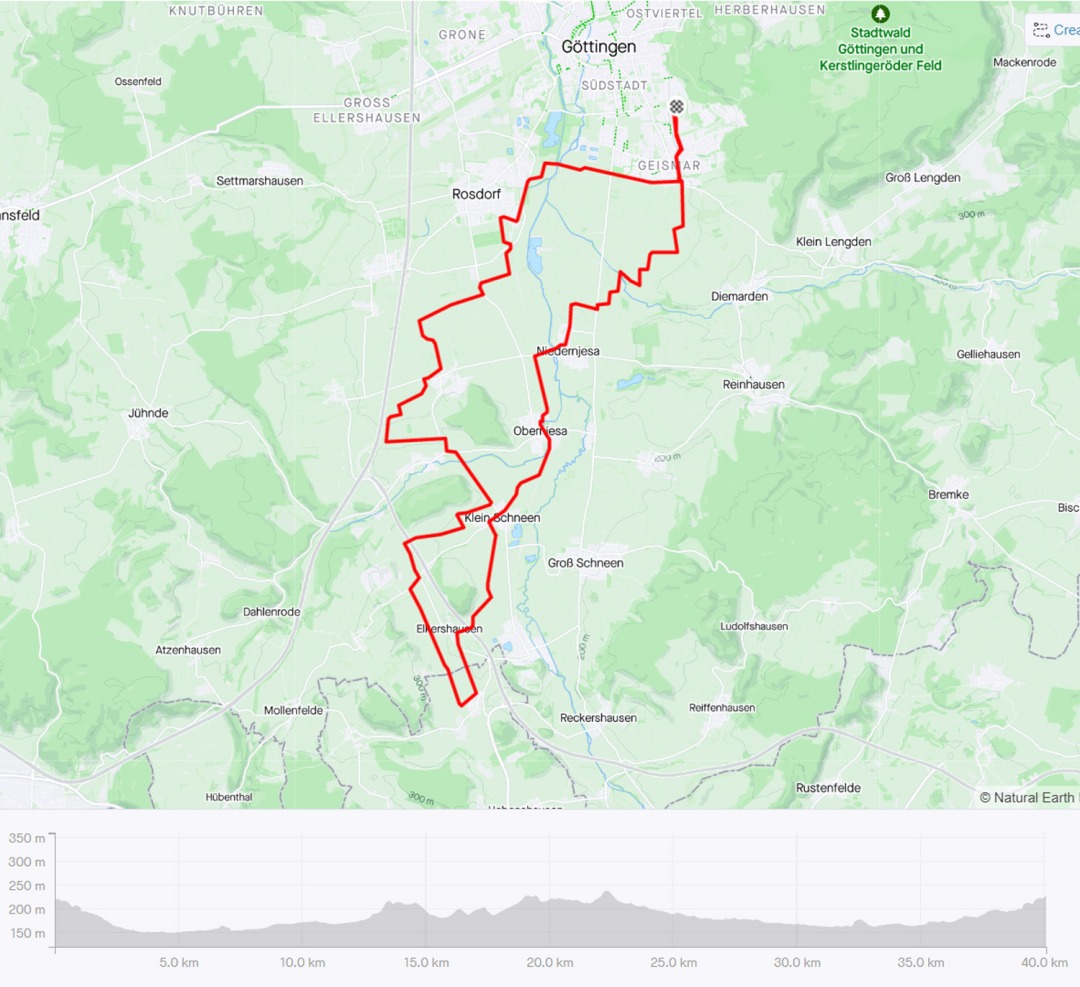