Josh Schenk and I ventured into the evening rain to visit the now defunct internal border which until 1989 separated Germany.

The border ran for 1,381 kilometres from the Baltic Sea to what was then Czechoslovakia, the East German Government called it their anti-fascist barrier but in reality, it reflected the economic and political challenge of the West.

With dissent growing in the Eastern Bloc of countries Soviet leader Gorbachev said that he would not repeat the actions of sending in the Red Army to quell dissent such as in Berlin/East German in 1953, Hungary in 1956 and Czechoslovakia in 1967. This was a signal that reform was inevitable and with it the previously imperious German Internal Border began to become porous.

At Hohengandern the main road ended in a dirt trail at the fence and death strip. In 1989 a crossing point was cut through the border, and then a gravel road was laid before it was re-surfaced with asphalt.

There are reminders of the border in this area of Germany 15kms from Göttingen although most of the infrastructure has been removed across Germany there are places where it can still be seen such as at Bad Sooden-Allendorf and at Duderstadt. At Kirchgandern a bunker hides in the undergrowth and there are road signs saying when the border fell. If you know what to look for you soon become adept at spotting where it once ran.

We visited a surviving section of Kolonnenweg, but we did not ride it because of failing light, and it was wet. The Kolonnenweg was the concrete road used by the East German guards to move along the full stretch of border. The section at Hohengandern isn´t as bad as others although it follows the terrain meaning that it is steep going up and going down!

We rode home in the dark and I got my new bike very dirty! The most difficult aspect of our ride was on the asphalt and concrete farmers roads where mud from the fields had made them like an ice rink. We halted at times to forage for pears.

Thanks to Jan Menkens for the heads up about the Kolonnenweg at Hohengandern and when drier I am going to ride it to Bornhagen. 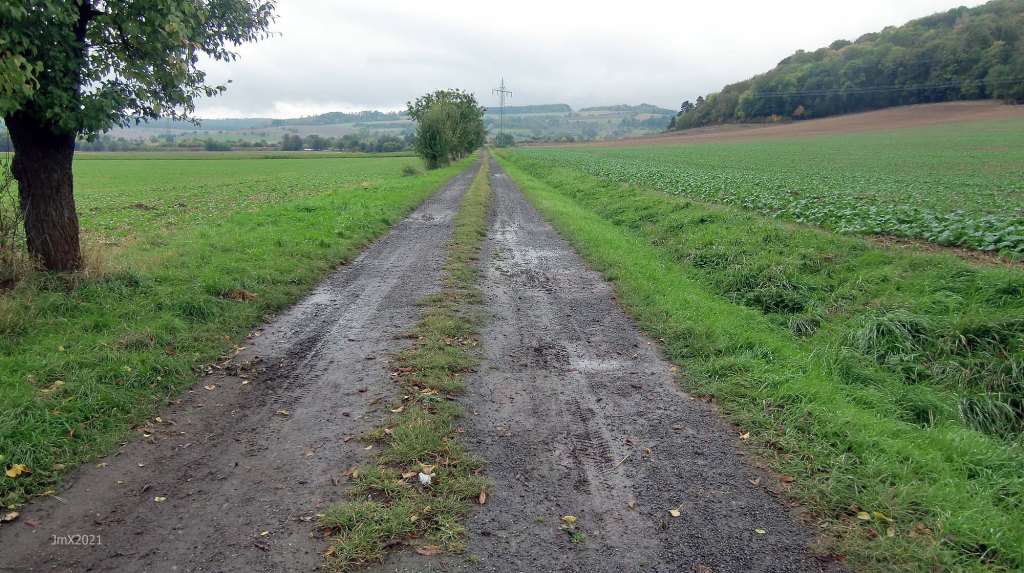 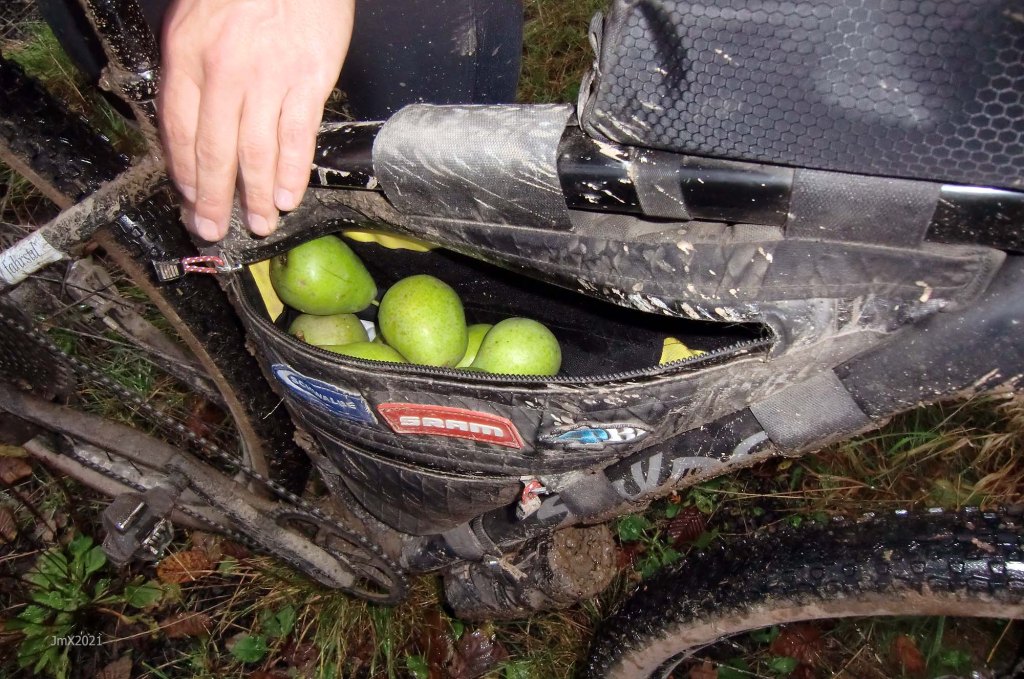 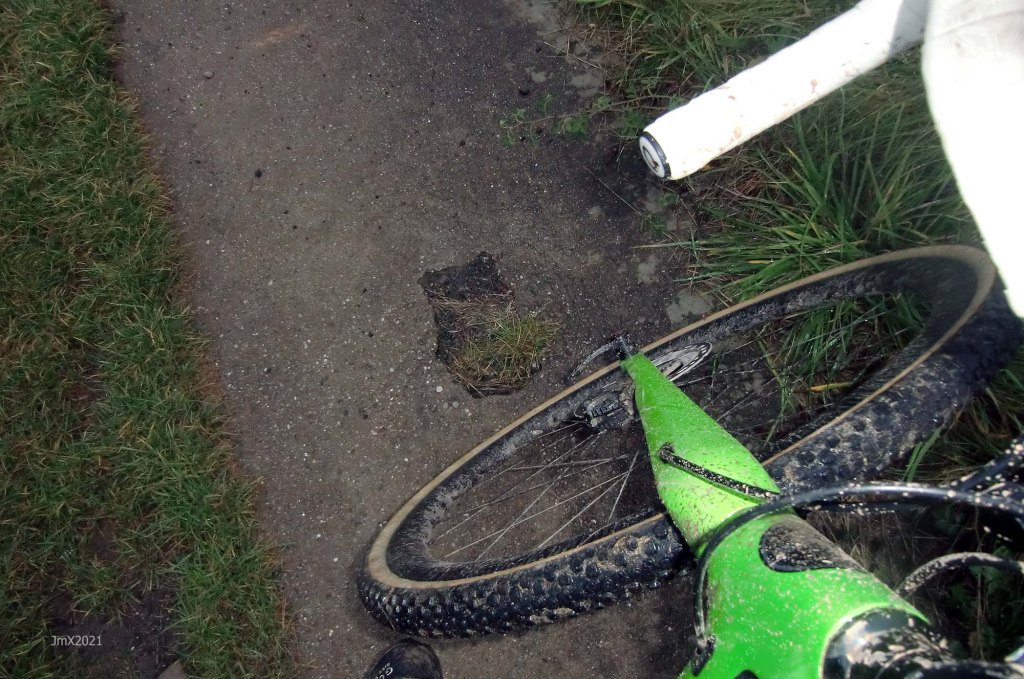 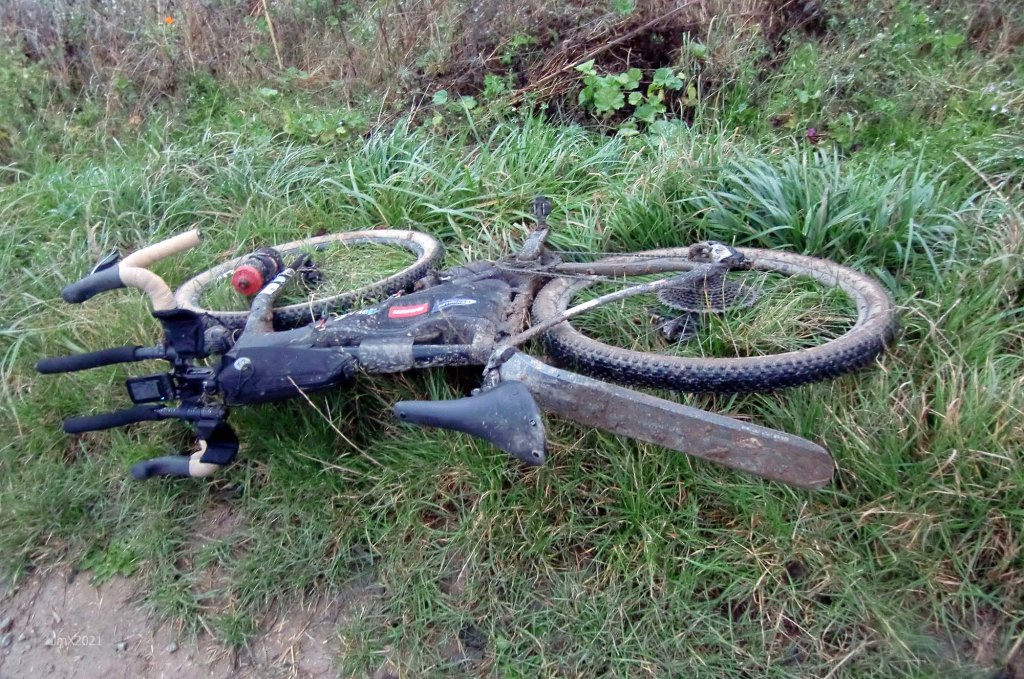 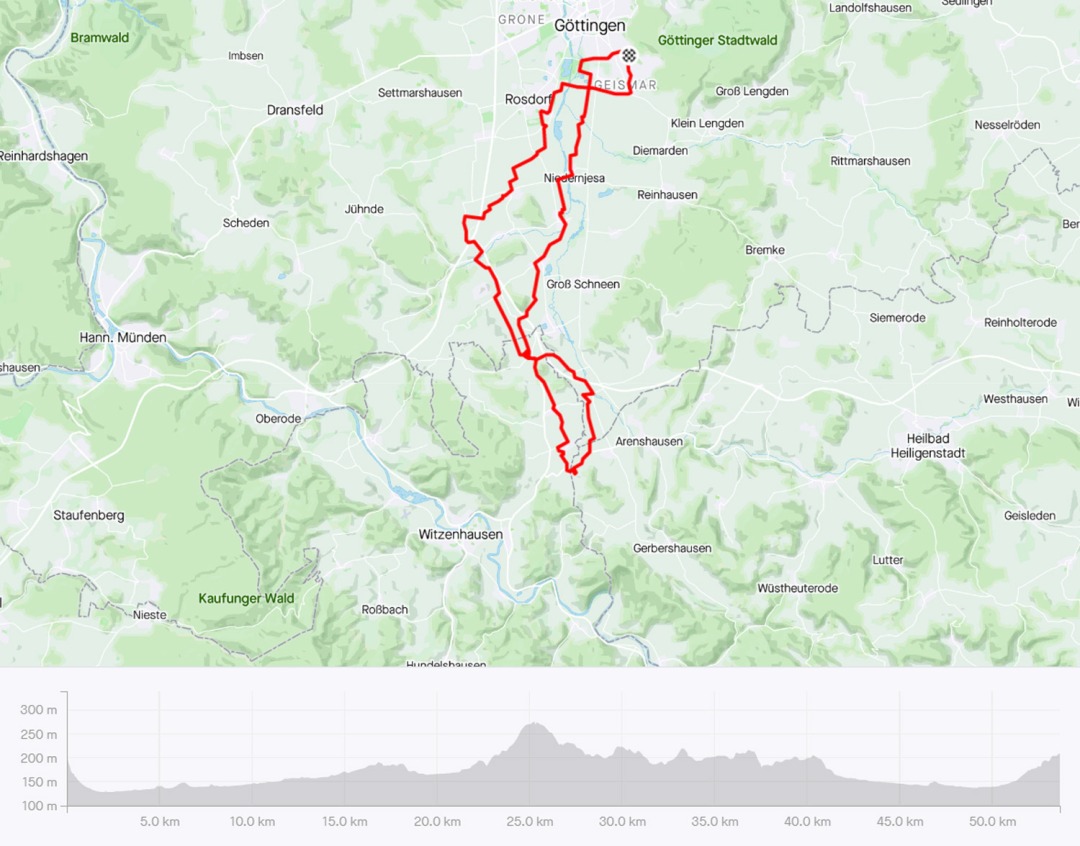