A road cycle ride south of Göttingen took us through an area that had born witness to the ravages of one of Europe’s most savage wars.

In spring like weather, we pedalled out to Jühnde on what we thought would be tarmac only, but we took a shortcut and therefore rode a big chunk of gravel. This route overlooking the Leine Valley offered great views toward Göttingen.

Sadly, the peace was unpicked until it led to one of the most savage and catastrophic wars in history. The Thirty Years War is not in the zeitgeist of most British people, but for Europeans this conflict is still seen as being relevant today, despite the subsequent carnage of two World Wars fought in the 20th Century.

At the heart of the peace of 1555 was a compromise that religious observance in the 460 semi-autonomous interlocking German speaking states, principalities and lands that made up the Holy Roman Empire would be decided by the ´Prince´ of that realm –  “Cuius regio, eius religio”  (whose realm, his religion).

Thirty Years War
At that time the reason for many conflicts was religious intolerance. You were either Catholic or Protestant – one godly, the other not, there being no grey areas. This absolutist view saw many people burned as heretics etc.; however, it was watered down by the Treaty of Augsburg. Thereon for approximately seventy years people attempted to build a life by accommodating each other’s religious differences and this saw Catholic’s sometimes siding with protestants and vice versa in the delicate political relationships within the Holy Roman Empire headed by the catholic Austrian Hapsburgs.

The success of the compromise depended on a mindset that believed that mutual interest was best, sadly there were those who wanted nothing less than to opportunistically further their own interests, exploiting any undercurrent of dissatisfaction to do this. And although religion sharpened the atmosphere, what really brought about the Thirty Years War was the jostling of position within the HRE and by those outside of it.

You might say that ultimately 17th century continental Europeans had lost sight of the enormity of the carnage of seventy years earlier.

The peace was finally broken when the new Emperor of the Holy Roman Empire, Ferdinand II, proclaimed that protestants would no longer be allowed to control Imperial catholic owned lands, and his policy of promoting catholic conformity was readily used by many players to  push their self-interest forward in local disputes. In response, in the Bohemian capital, Prague two Imperial Hapsburg Governors were thrown out of a window by protestants (Defenestration of Prague in 1618) who feared a hard-line catholic ruler would replace the tolerant protestant status quo.

Further anti-protestant actions by the new emperor led Frederick V, Elector of the Rhenish Palatinate to accept the role of ruler of Bohemia and he led a protestant rebellion which was squashed at the Battle of White Mountain (1620).

This defeat caused Christian the Duke of Brunswick to react and he sent troops into protestant Saxony to support the Protestant Union, subsequent defeats saw Christian retire back toward Göttingen pursued by Count Tilly who conducted a bloody siege of Hann Münden, burned down the village and castle at Jühnde, attacked the villages of nearby, Gross Ellerhausen, Klein Schneen and Groß Schneen before besieging Göttingen itself.

Deployments in the Leine Valley – Göttingen is to the right

Protestant Bohemia suffered great reprisals, and this eventually drew in the Saxons (although they assured the Holy Roman Emperor, they were not against him) to support the Protestant Union to fight against the Catholic League (Southern states including Bavaria).

The Danish, worried by Sweden’s growing emergence as a Baltic power invaded the northern German states taking control of Elbe and Weser river towns, but received little support from the protestants; the Danes were subsequently defeated at the Battle of Lutter near Göttingen. Alarmed by catholic attacks on Baltic seaports the Swedes then became involved and led by King Adolphus they pushed back the imperial and catholic armies until his death in battle at Luetzen (1632).

Catholic France sided with the protestants and financed the protestant Swedes. France was in direct competition with the fellow catholic Austrian Hapsburg Empire and the catholic Spanish Hapsburgs. Countries and empires such as Sweden, Denmark, Netherlands, Russia, France, Spain, Poland Lithuania, Ottoman Empire, Italian City States and the British also lined up with the various parties involved.

The Netherlands gave money because they had been fighting and agitating in what became known as the 80 Years War against Spanish rule of the Low Countries. France also had an interest in pushing back both Spain and Austria in the area despite sharing the same religion, because at the end of the day maximising one´s position was more important than even god.

Well-funded mercenary armies criss-crossed central Europe and at a regional level localised wars broke out in what we think of modern Germany, Czech Republic and Poland, laying waste to almost everything. At many points the war might have died down simply because of exhaustion such as in 1635 (Peace of Prague) when a peace was declared between the warring forces, only for the French to declare war on the Spanish Hapsburgs (but not the Austrians) who had sent experienced soldiers into the arena.  The war was renewed, Sweden´s weakened position was bolstered by new agreements with the French and with regional allies such as the Swabians and Saxons for example.

The siege of Göttingen by Catholic forces led by Count Tilly

Slaughter
The war went on to last thirty years;  one third of the male population of the region was killed, 20% (8 million) of the general population died (which compares with 12% for the Soviet Union in World War Two) and tens of thousands of villages and towns were destroyed. Agriculture broke down which in turn led to widespread famine and disease in much of these German speaking areas. It would take generations to recover and some of the political and economic results of this war can still be seen today.

The Thirty Years War was started by leaders and people who had forgotten how tenuous peace can be, where dogma and opportunism had replaced pragmatic co-existence, and it grew into something bigger because of the many competing forces which had abandoned compromise, a sense of joint interest and who had embraced antagonism over fraternity.

The Peace of Westphalia ended the Thirty Years War in 1648 and additionally concluded the Eighty Years War with the recognition of Dutch Independence by Spain. It was accepted that the interlocking states within the Holy Roman Empire would not be forced to follow Catholicism and the Protestant and Calvinist faiths were recognised. The Peace of Westphalia was also interesting in that it saw the states change their relationship with the Holy Roman Empire by asserting their own sovereignty and they agreed to a policy of peaceful coexistence with each other.

The Thirty Years War is a 17th Century legacy that remains in the modern European consciousness. History does repeat itself, but we live in the most peaceful times in the history of Europe and I am very grateful for that. 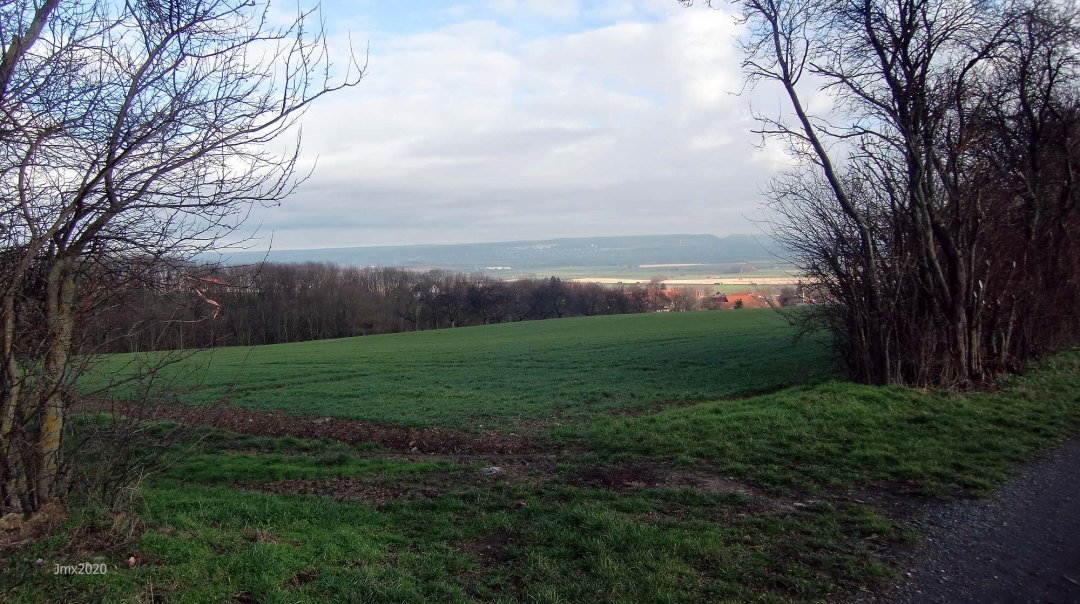 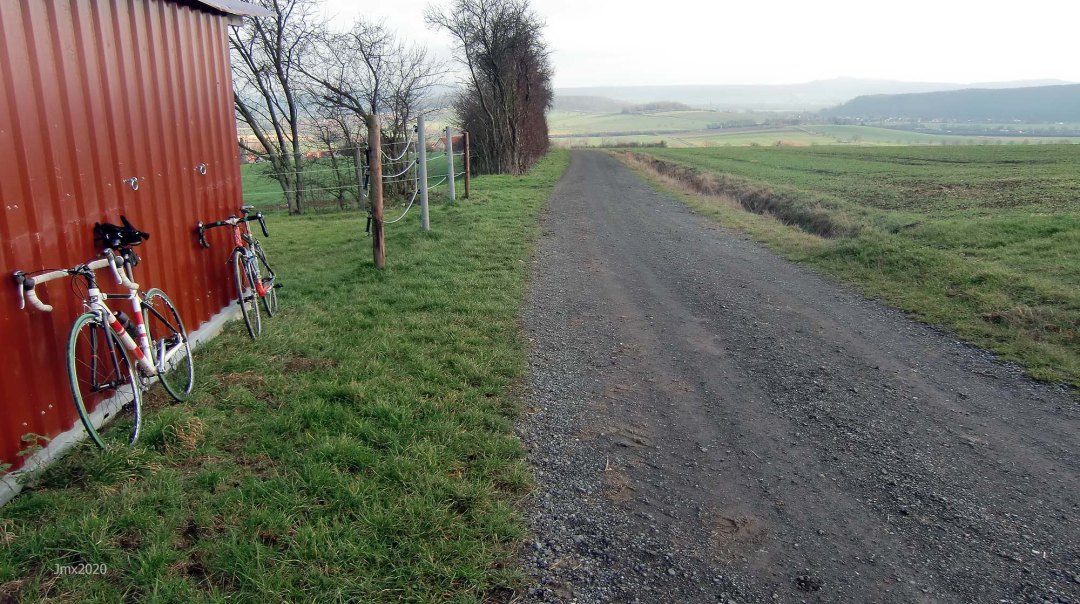 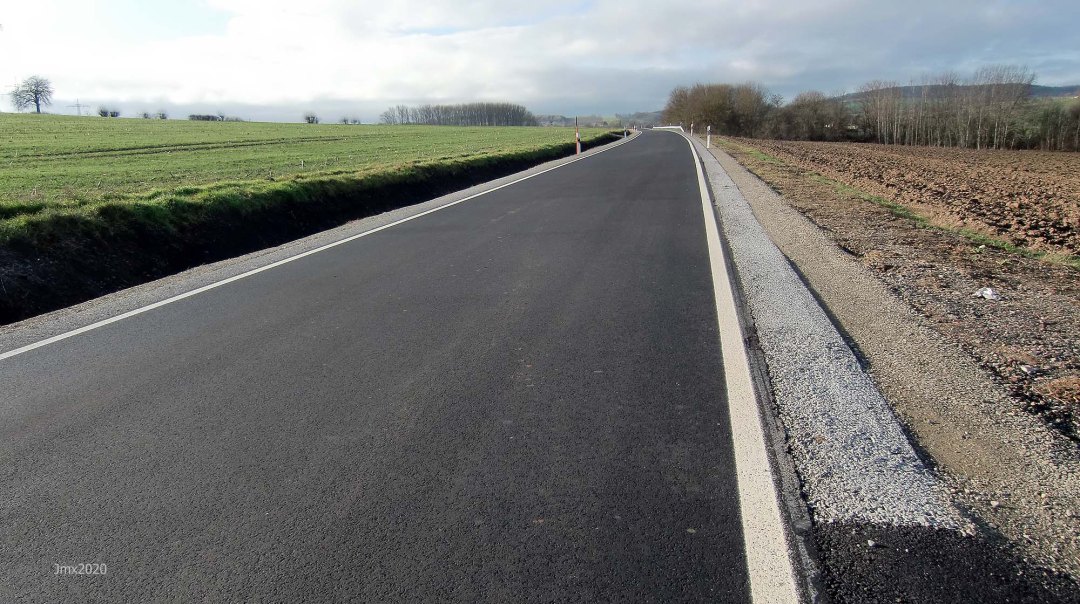 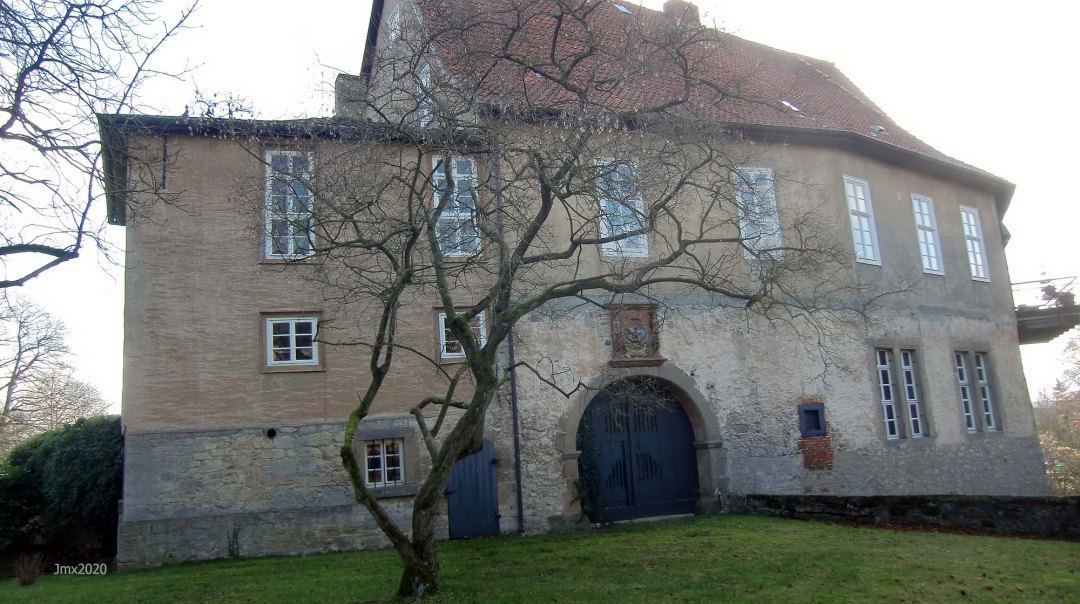 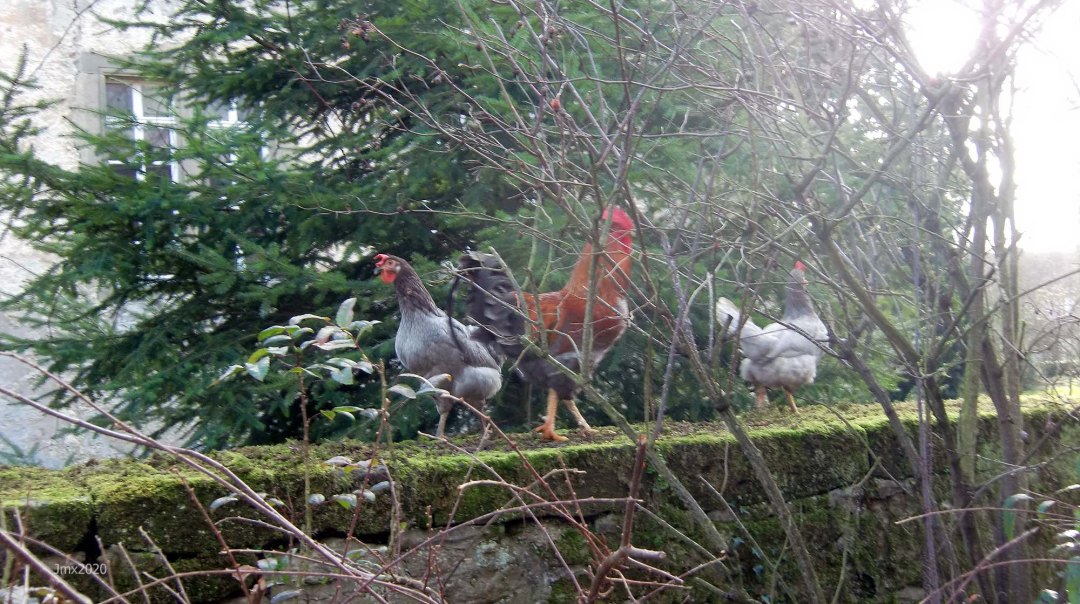 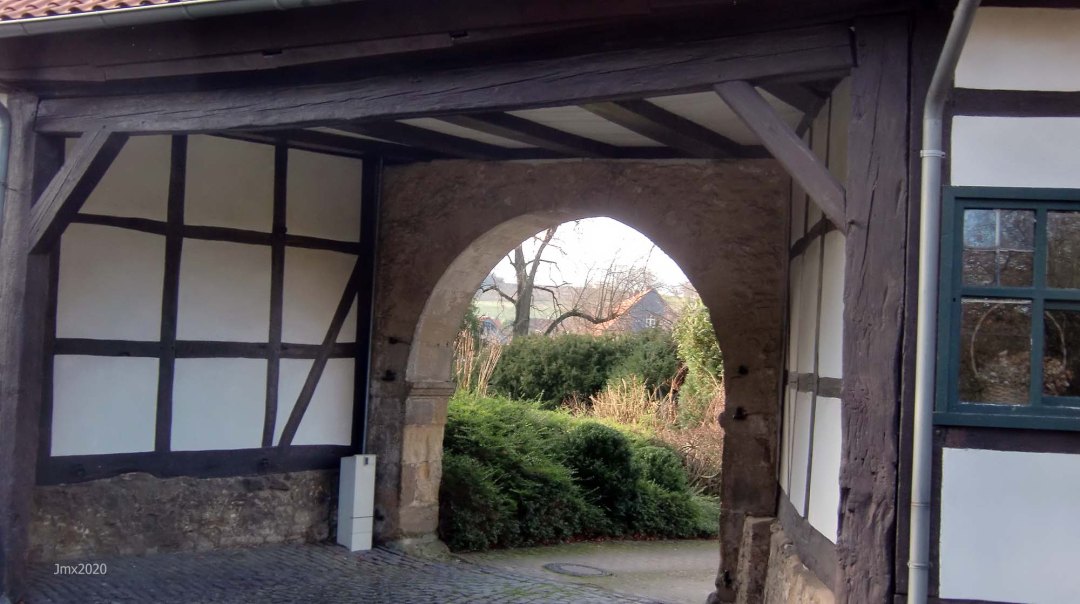 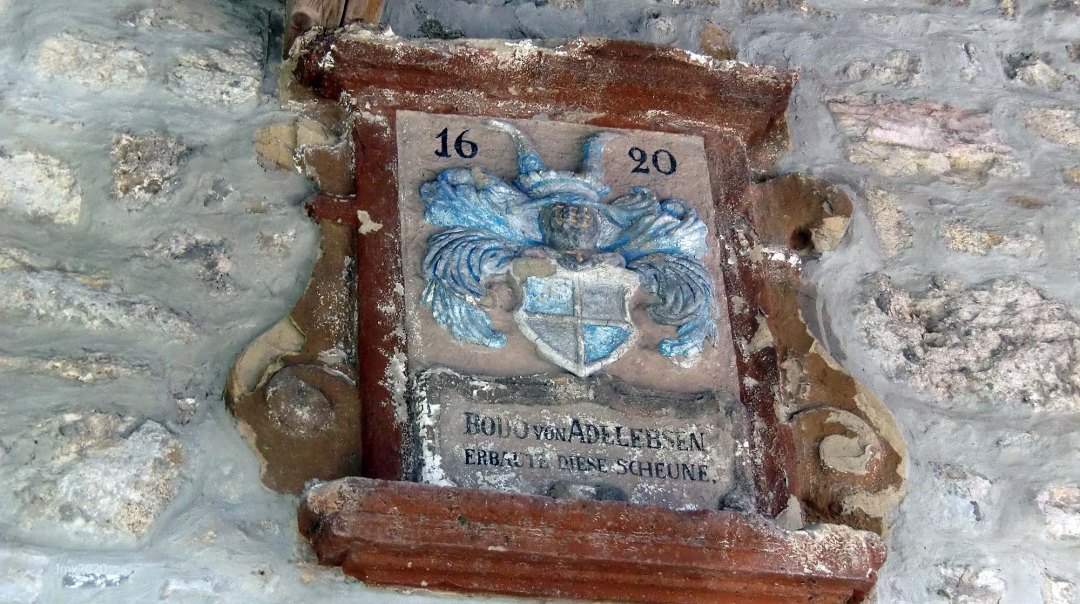 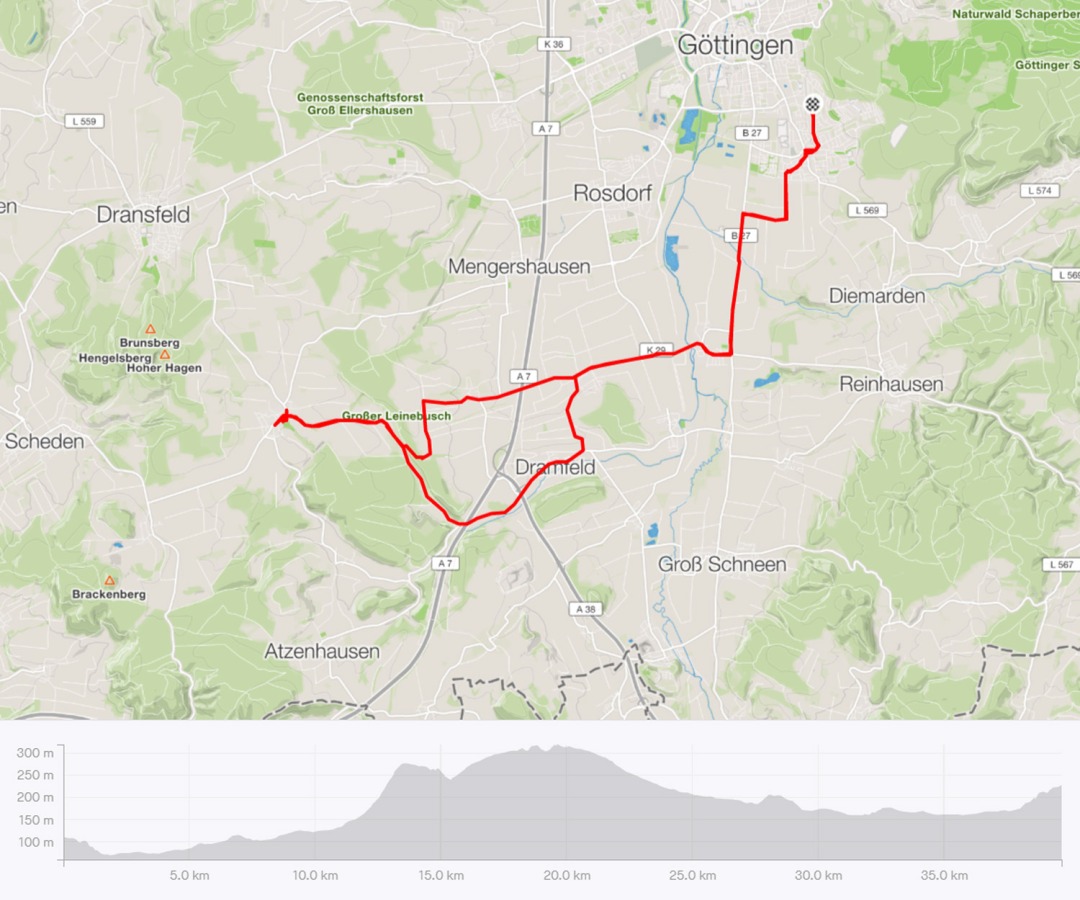