The story of my mum’s wardrobe by Andrea Hofling

The stylish 50’s
My mum, Ilse, was young (and pretty) in 1950s Germany and she owned some extremely nice and stylish dresses which she wore when ballroom dancing with my dad in their adopted home town of Göttingen.  Or when they attended the cinema together watching movies where the female film stars would don similar outfits. Some of the dresses were sent from America by my father’s two aunts who, having emigrated there after the first World War, were generously supporting their poor relations in Germany by sending Care Parcels.

Luckily for me my mum never got rid of these dresses and they fitted me almost perfectly when I was about the same age, although sadly there were no more ballroom dances to twirl around the sumptuous folds of the below the knee skirts.

‘Bad times’
Having lived through the times of scarcity at the end of and after WWII when aged fifteen she would still be wearing the same clothes she wore when she was eleven (with inserts added to make them longer and wider) my mum found it impossible to ever throw away any clothes, including dresses and the odd blouse worn by her own mother in the 30s and 40s.

After my mother’s passing we had to clear the family home and were faced with cupboards, suitcases and wardrobes filled with all sorts of things, many of them miscellaneous items of odd clothing that had been stored in suitcases in the attic for decades, such as for example a collection of elderly men’s underwear gathering mouldy stains – my mum was a bit of a hoarder – but those lovely dresses survived intact in my mother’s spacious wardrobe, and they still retain a certain glamourous flair – I simply could not bring myself to put them in a clothes container (I am my mother’s daughter after all).

Fashions of the 20th century
My mum’s progression through the fashion epochs of the 20th century begins with a white rustic looking dress embroidered with field flowers and a matching knitted cardigan that has a label stitched into it: “Hand-made in Ostmark” (Nazi name for Austria) which seems to reflect the Third Reich’s ideology of homely female virtues.  It wasn’t until the 50s after she got married that she got any new dresses; these were succeeded by cocktail dresses in the early 60’s with straight, slightly shorter skirts, which she didn’t wear for dancing, but for trendy evening parties where Feuerzangenbowle (flaming fire logs punch) and vol-au-vents were all the rage, alternating with visits to the Deutsches Theater which had risen above its station by Göttingen having temporarily become the centre of the German post war film industry. During this period when being stylish meant uncomfortably tight waists and luscious fabrics that had to be dry cleaned,  every-day wear was usually more relaxed. https://vintagedancer.com/1950s/1950s-fashion-history/

The end of style?
By the late 70s my mum’s stylish period had come to an end; what followed was un-remarkable. Some other items I picked from her wardrobe were a psychedelic mini-dress my older sister acquired on a trip to the US in the 70s and two dresses that were tailor made for my mother’s two Berlin maiden aunts made from silk brought back by their travel mad brother from a trip to East Asia in the early 80s.

Drag queens & suffragettes
In addition, there are a couple of dresses gifted to a friend’s mother (who was ‘theatrical’) by a relatively well known (in the 80s) music hall double act called ‘Hinge & Bracket and a very long dress which must have once belonged to a very tall lady from the Edwardian (or in Germany; Wilhelminian) era (whom I imagine as having been a suffragette) that I had picked up from somewhere.

What’s fascinating about this inherited dress collection is that it represents ladies’ fashion dating back to the early part of the 21st century almost like a sartorial family tree. I have another suitcase which is full of fine ladies’ under-garments, silk stockings with a seam at the back, once so coveted, and pyjamas and baby dolls that I have yet to create a photographic record of, so expect a sequel.

Labels (see below this gallery for more) 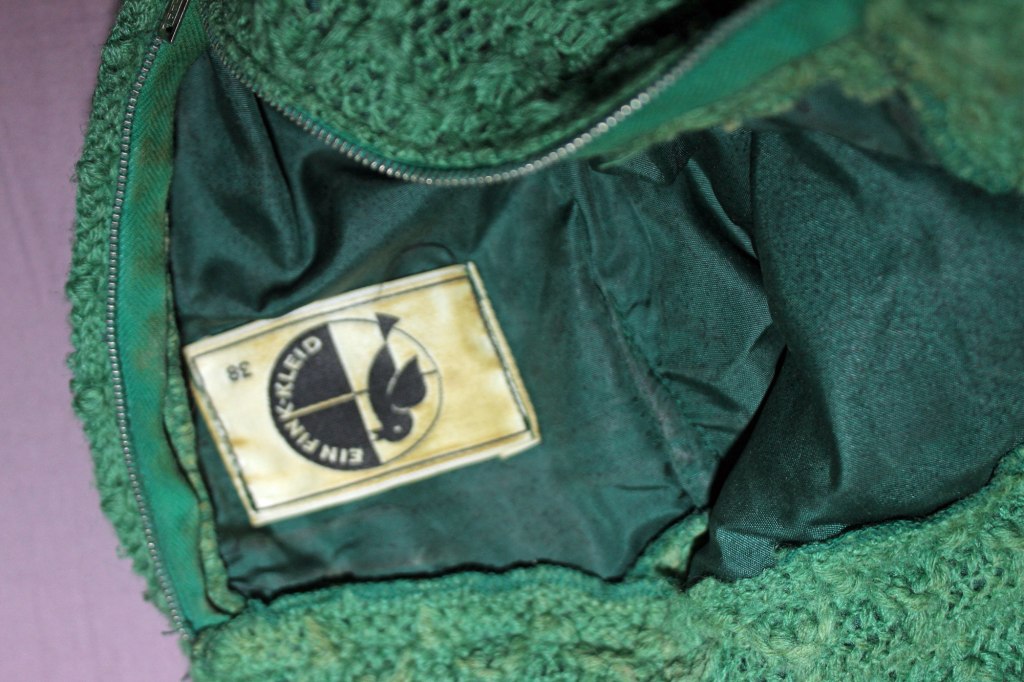 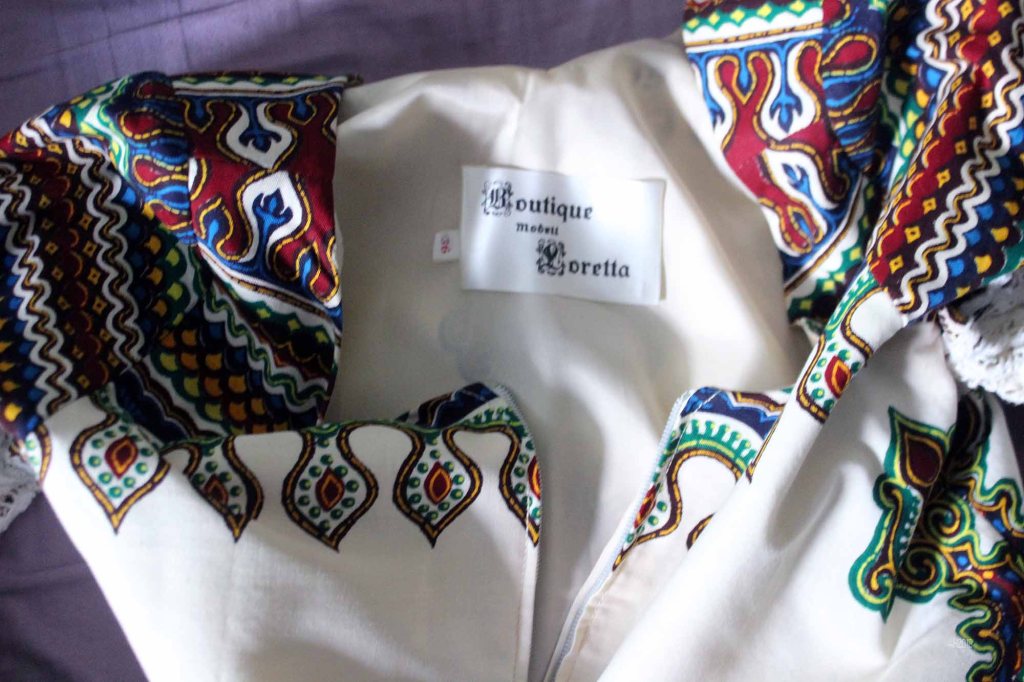 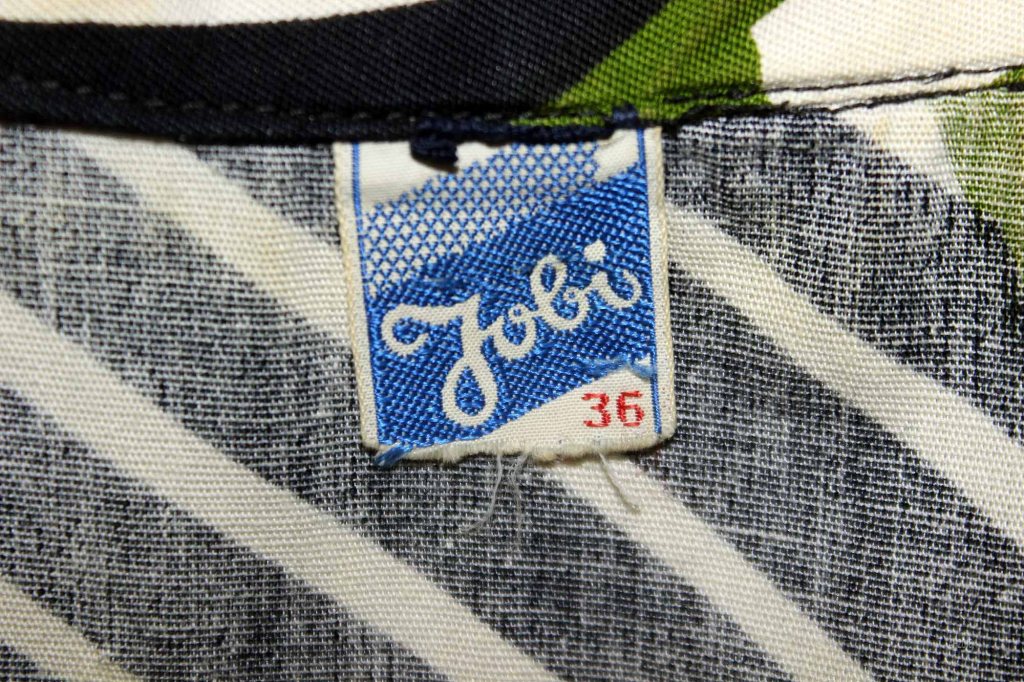 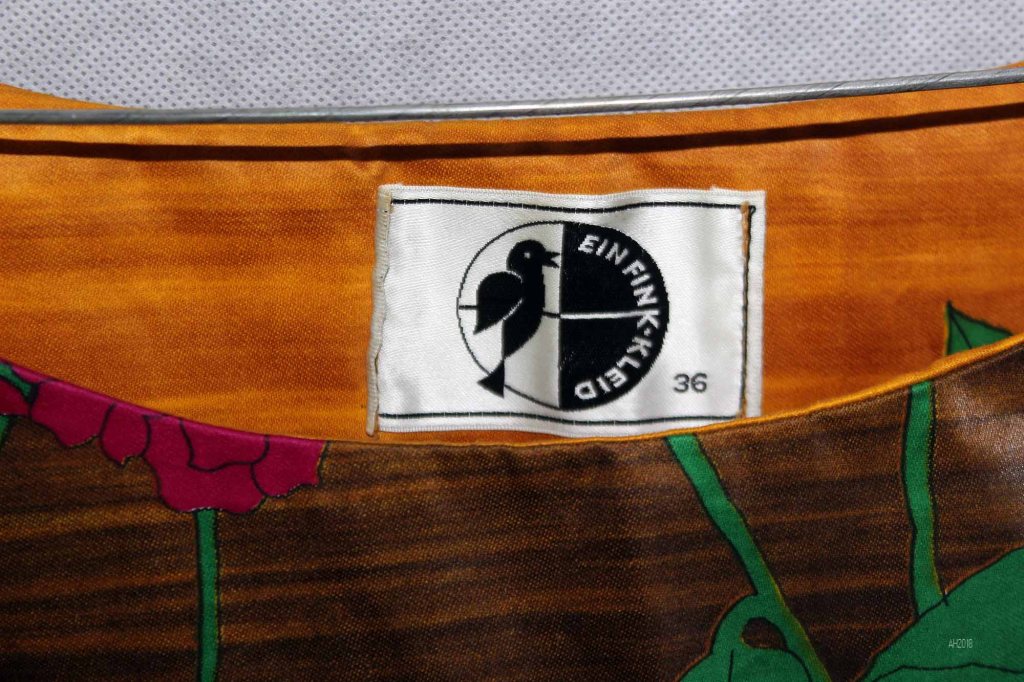 Know More?
If you are interested in any of the clothing for any reason you can contact me via – https://veloklubhaus.com/contact/ 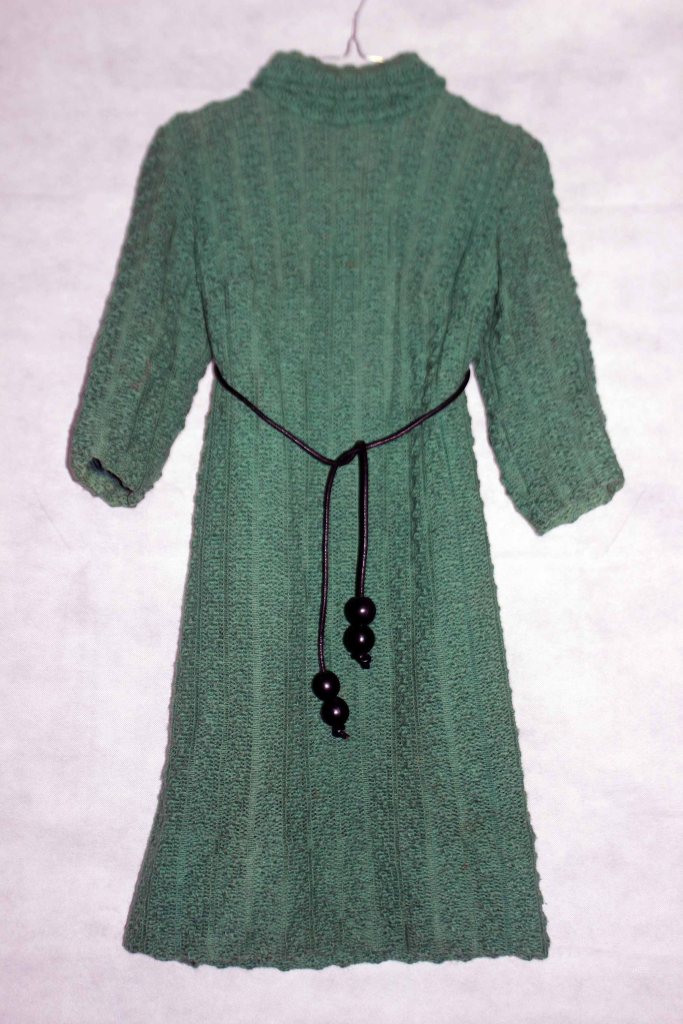 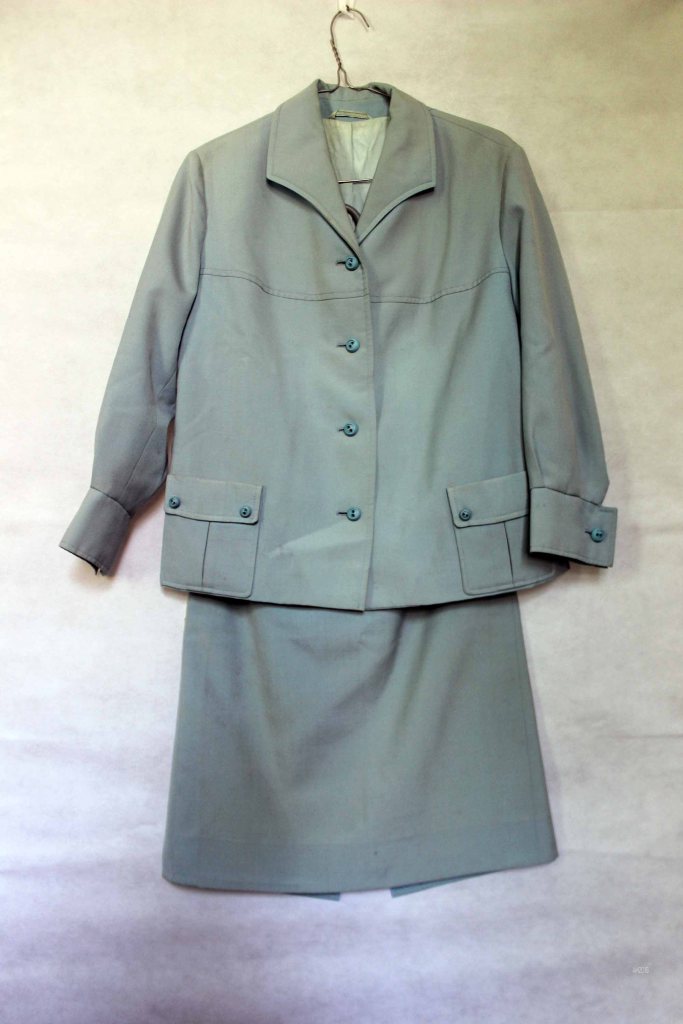 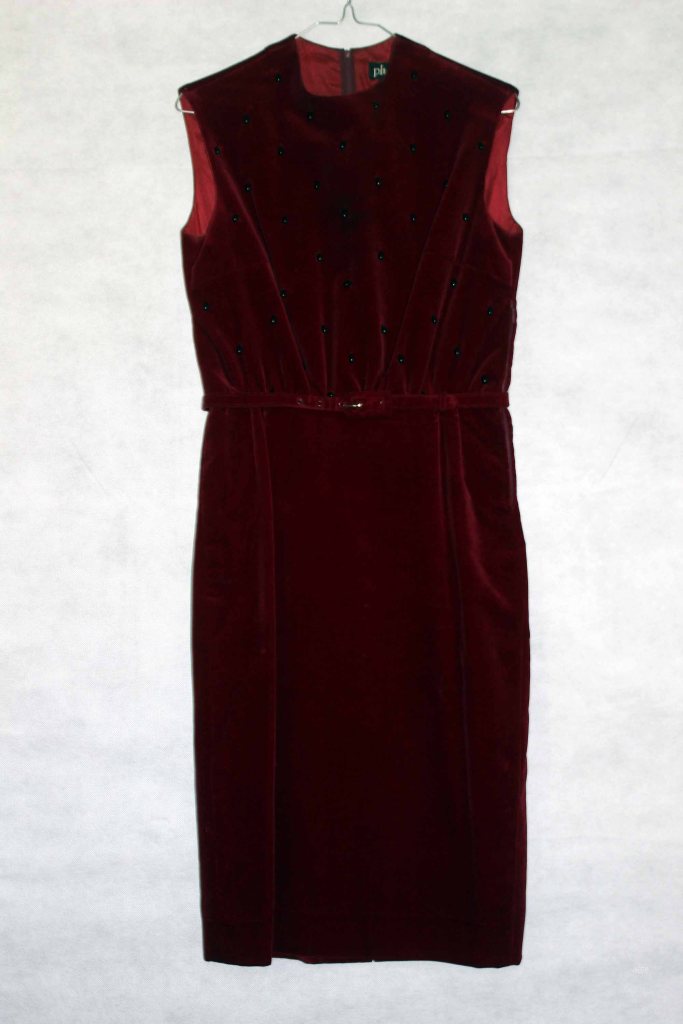 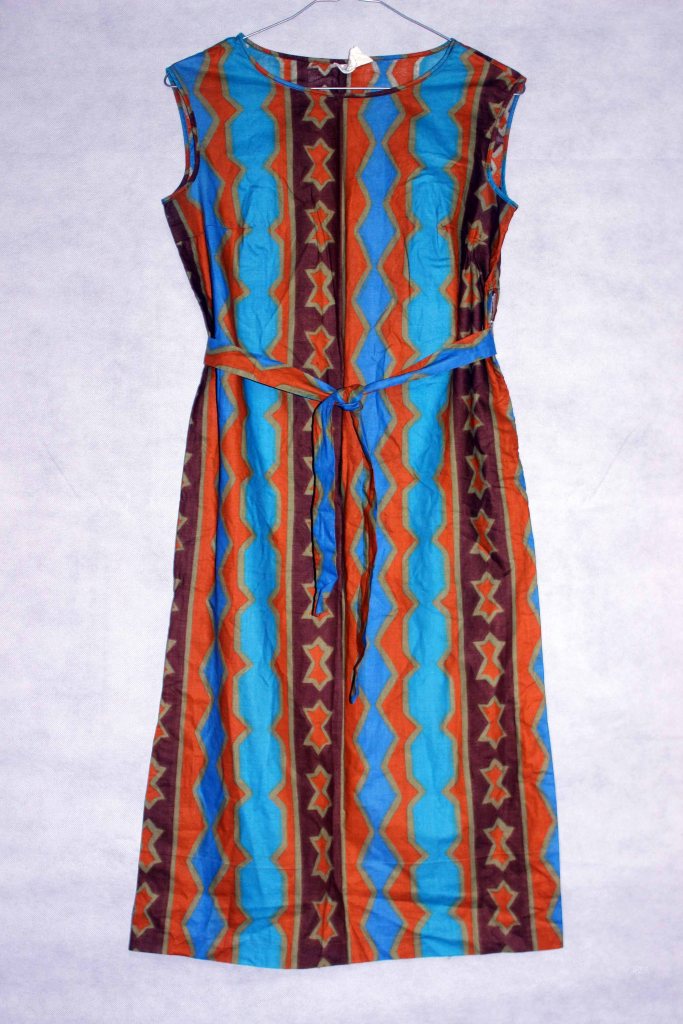 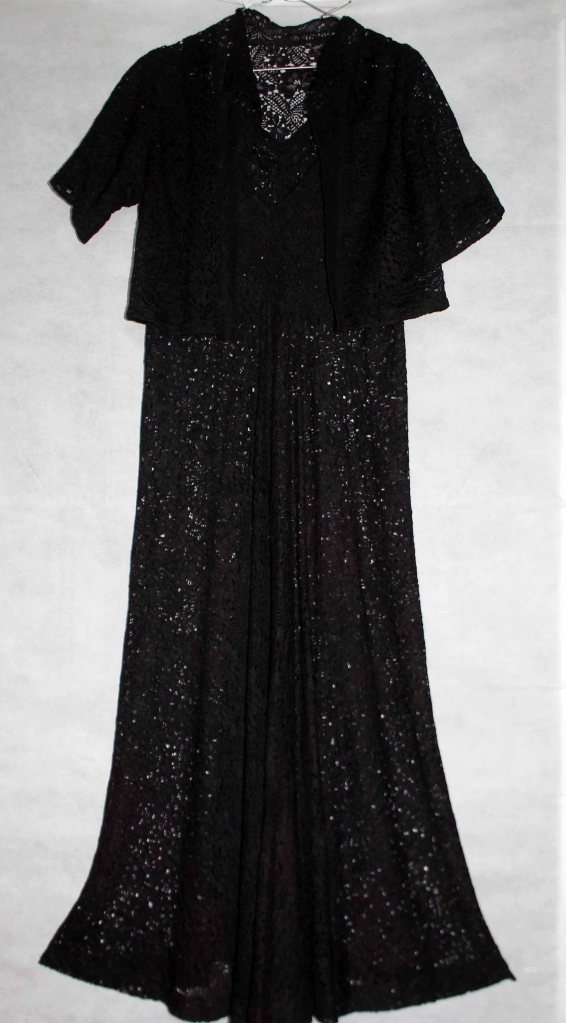 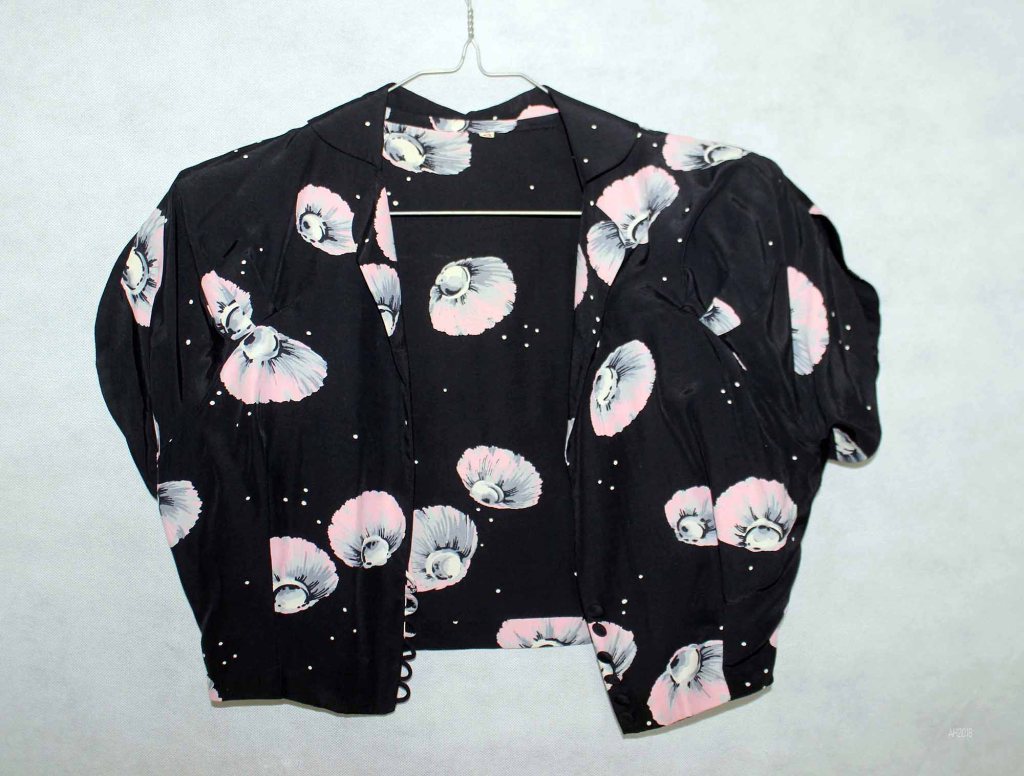 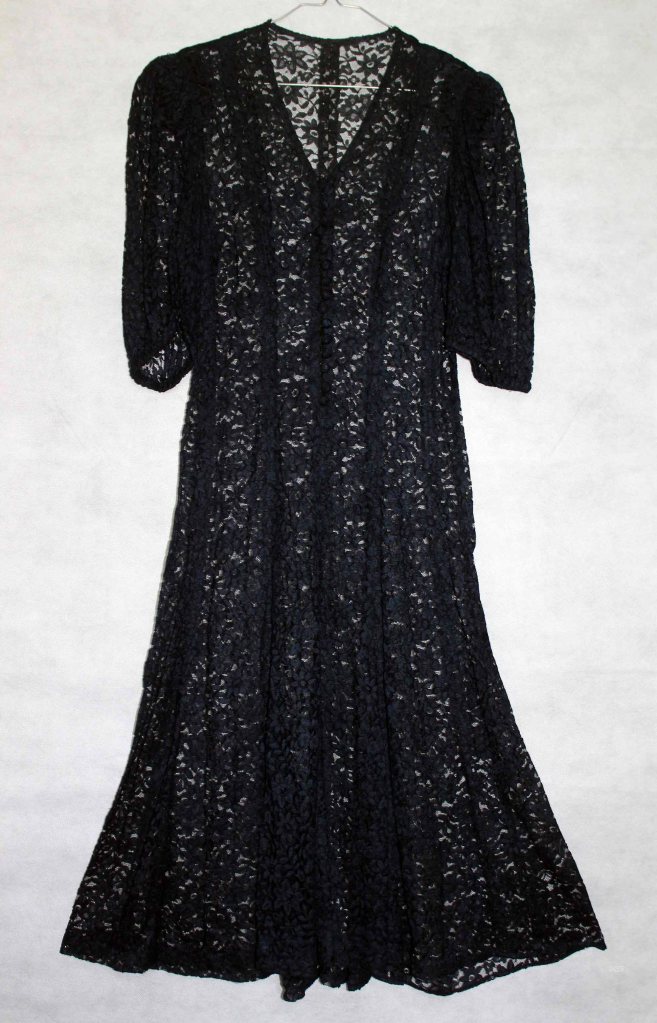 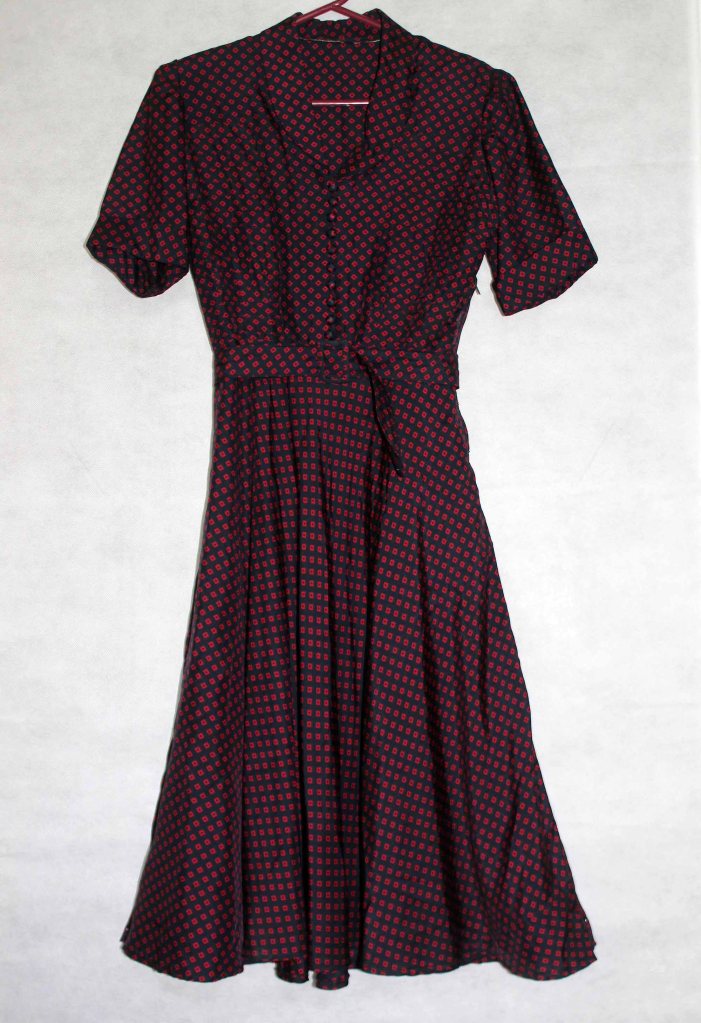 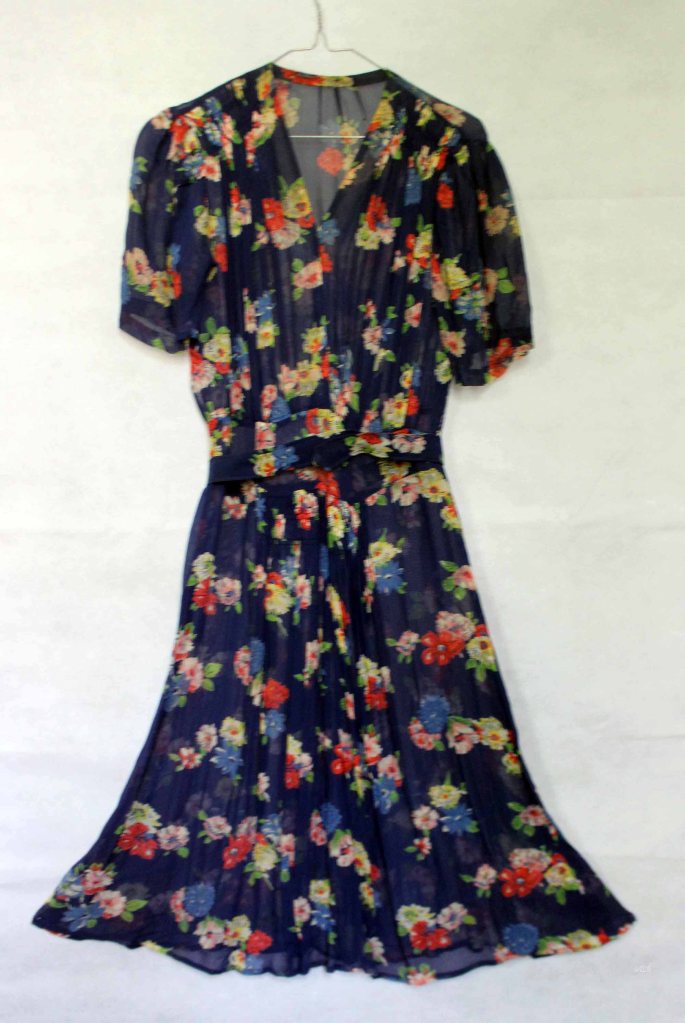 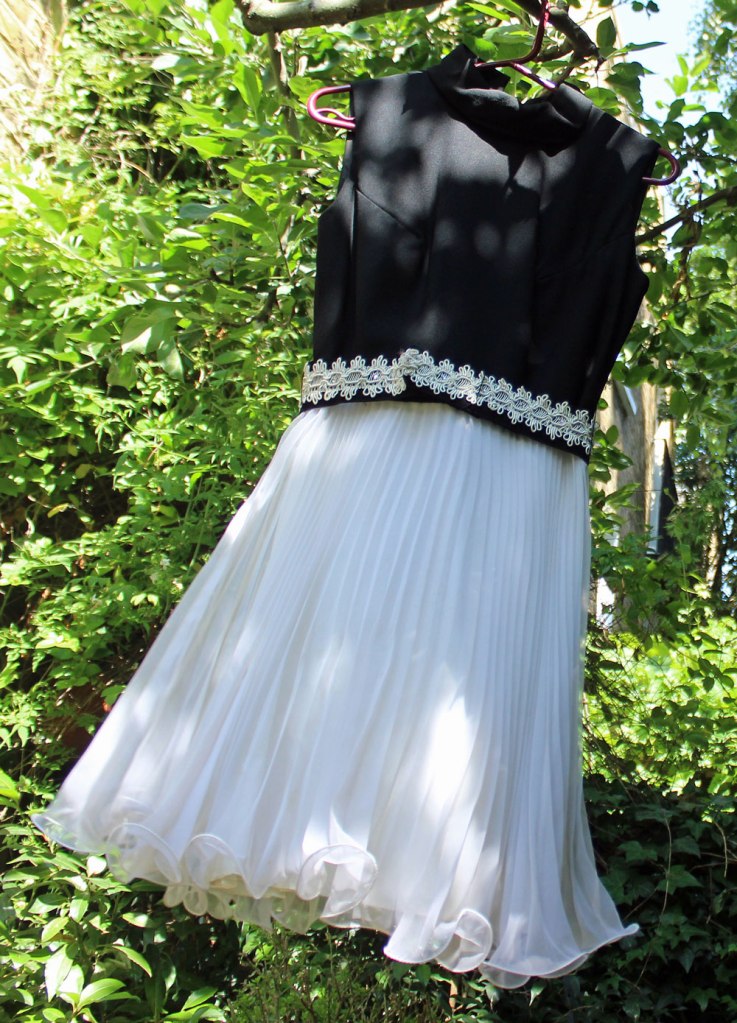 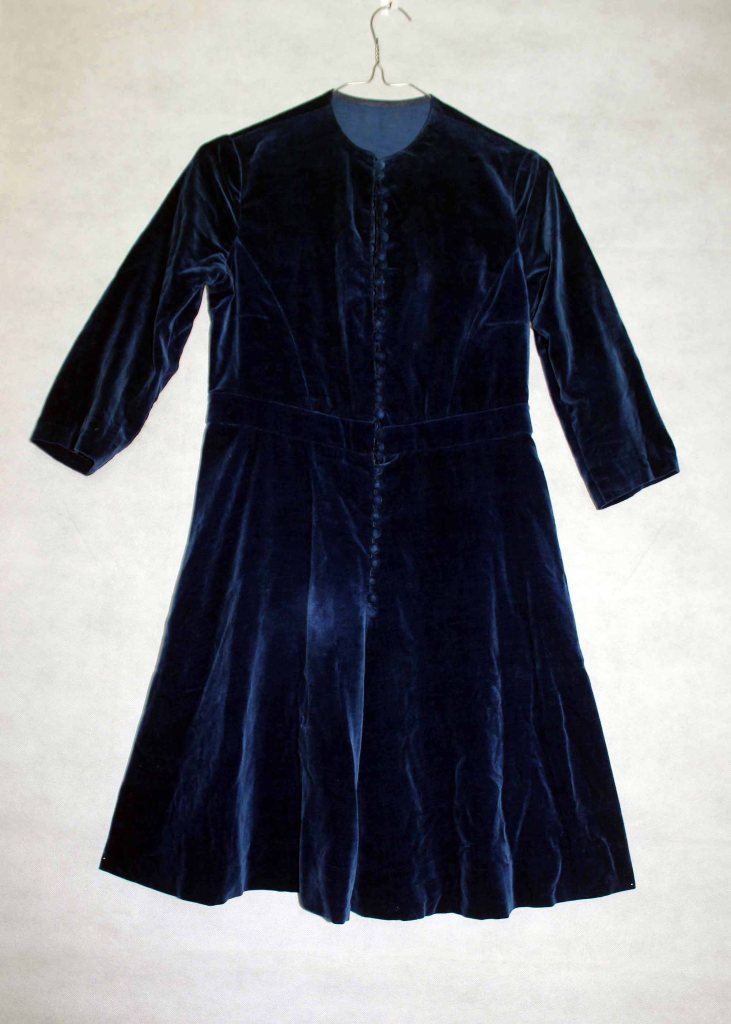 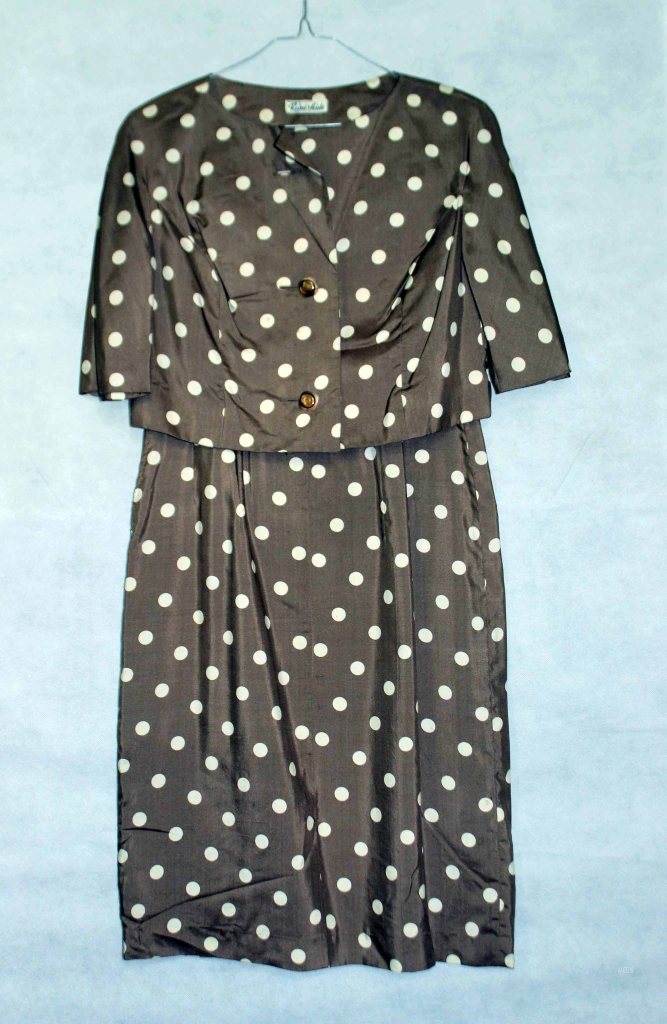