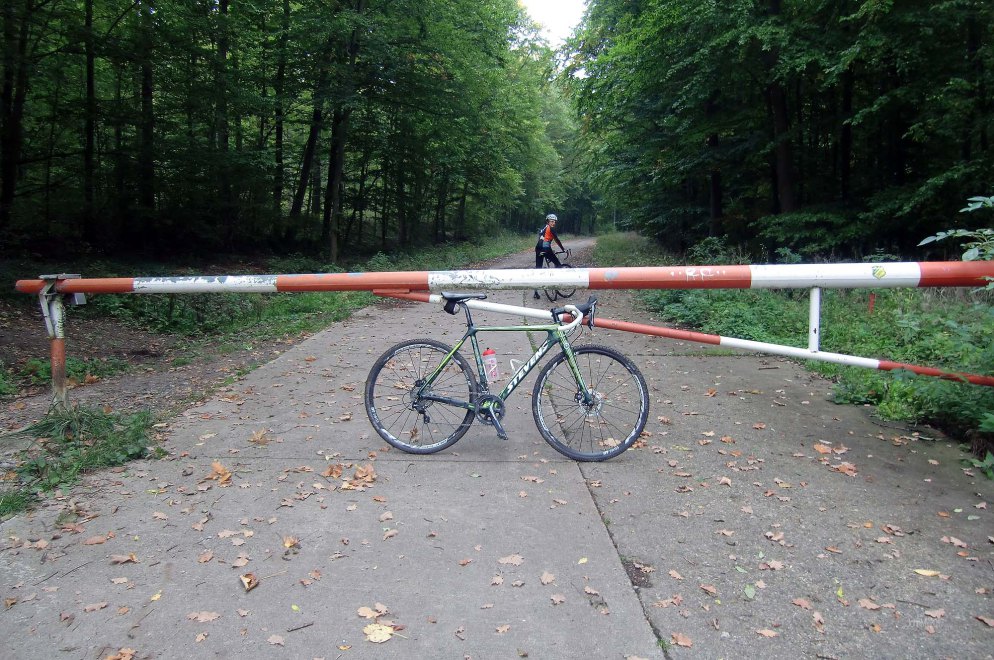 Even if abandoned, it must still lead somewhere? I said to myself.

Is it a redundant motorway, an abandoned motor racing circuit or maybe an airport? It has shades of each?

Now I know
At one end of this traffic free concrete road or ‘Betonweg’ are modern and rehabbed housing, a college and public sport ground built upon the defunct ‘Zieten Barracks’ and at the other end, ‘Kerstlingeröderfeld‘, once a huge military training area. Both were part of a strategically important forward fighting NATO base from 1949 until the 1990’s.

Where soldiers, bombs and tanks once played war games, these have been replaced with public access to housing and the protected ‘Goettingen Wald’, rich in wild orchids, fauna, rare birds and wild cats are results of the peace dividend offered by the fall of the ‘Iron Curtain’ that ran close to Goettingen, a city in central Germany.

Being situated along the Leine Valley and overlooking the Leine Canal and River, Gottingen, east of Hannover, has always contained a military garrison, but in World War One it was mostly known for its hospitals and prisoner of war camp and was far from the fighting line. The second World War came in the shape of limited Allied bombing and surrender in April 1945 leaving Goettingen almost unscathed, but, in the words of one British soldier “tired and worn down”. 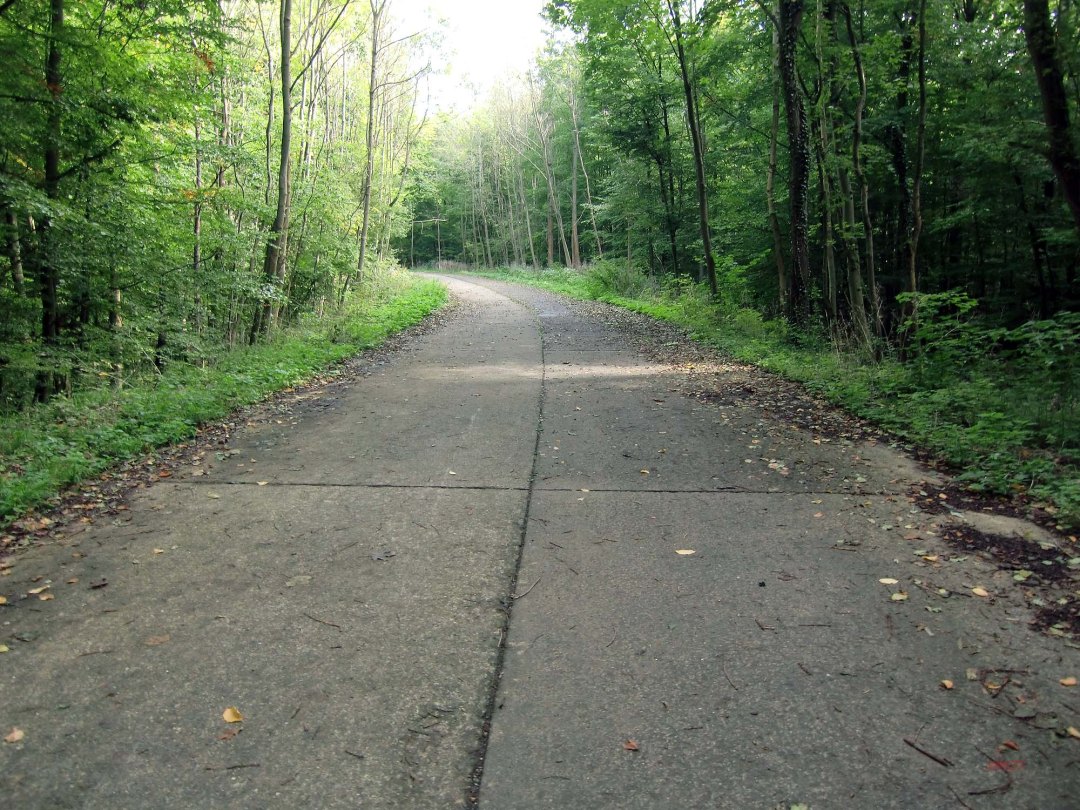 War Games
‘Kerstlingeröderfeld‘ in the ‘Goettingen Wald’ traces its origins back to the middle ages when a village was founded; this village was then partially destroyed in a local feud in 1387 (there were lots of feuds in this area it would seem). It was finally wiped off the map during the ‘Thirty Years War’ (1618-1648), thereafter it became a farm estate from the 18th century until 1928.

The clock was ticking down for the farm and the Manor House at ‘Kerstlingeröderfeld‘ when in 1928 the military began to conduct exercises in the area, a further tick occurred when the Nazi’s enlarged the adjacent Zieten Barracks in 1936 to accommodate the rapidly growing German Army. Although military activity at ‘Kerstlingeröderfeld‘ increased, parts still remained open to the public. Before, during and after WW2 people would still hike to the farm estate for milk etc.

In April 1945 the United States Army occupied Goettingen relatively peacefully although they had to fend off a panzer counter-attack at the village of Bovenden a few days later, just a few kilometres outside of the city. The US occupied the Zieten Barracks until 1947. The British Army of the Rhine (BAOR) then replaced them and in turn in 1957 the Bundeswehr, now a member of NATO took up residence until 1994 when the barracks closed.

In 1961 (the building of the Berlin Wall) the ‘Kerstlingeröderfeld‘  training area was further enlarged and I have been told that as young children, Goettingen residents were shocked to see the open fields and grasslands churned up by greater panzer activity. In the 1980’s Ronald Reagan took a national budget busting stick to prod the failing Soviet Union, causing them to respond threateningly. NATO in turn upped their deployments and training. This time the ‘Kesterlingroederfeld’ was completely closed off and fences that had once restricted public access now quarantined it completely in 1985.

Until 1992 the area was overwhelmed by the military and the Manor House and associated buildings had long been destroyed in urban warfare scenarios. With Soviet Military Units only a day’s march from Goettingen protest in 1985 was counter argued by the threat of invasion from the east. 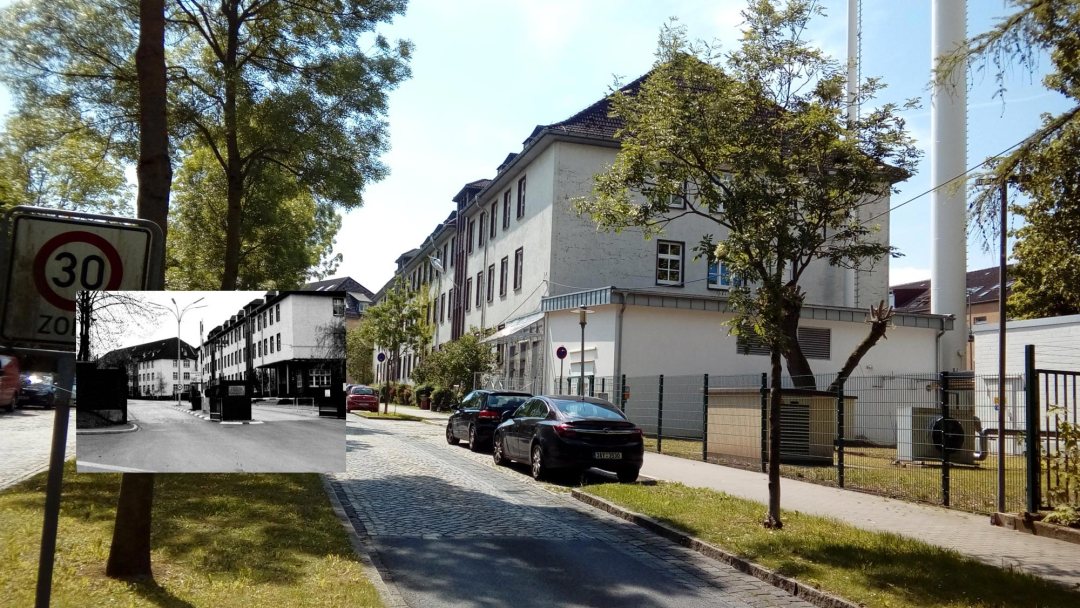 The Zieten Barracks closed in 1994 and have now been rehabbed into flats and new housing, plus a college and business premises. At ‘KesterlingRoederFeld’ the lack of pesticides used habitually elsewhere in post WW2 farming, has left an environment rich in bio-diversity and wildlife. After the area was handed back to civilian authorities it was opened as a National Park in 2007. The huge concrete ‘Panzer Platz’ remains (no doubt for a 100 years) and the many, many gravel roads that criss-cross the area are perfect for hiking and cycling, in addition nature now encroaches on old trenches and military earth works.

Also remaining are huge concrete shooting galleries now being overgrown in the woods. 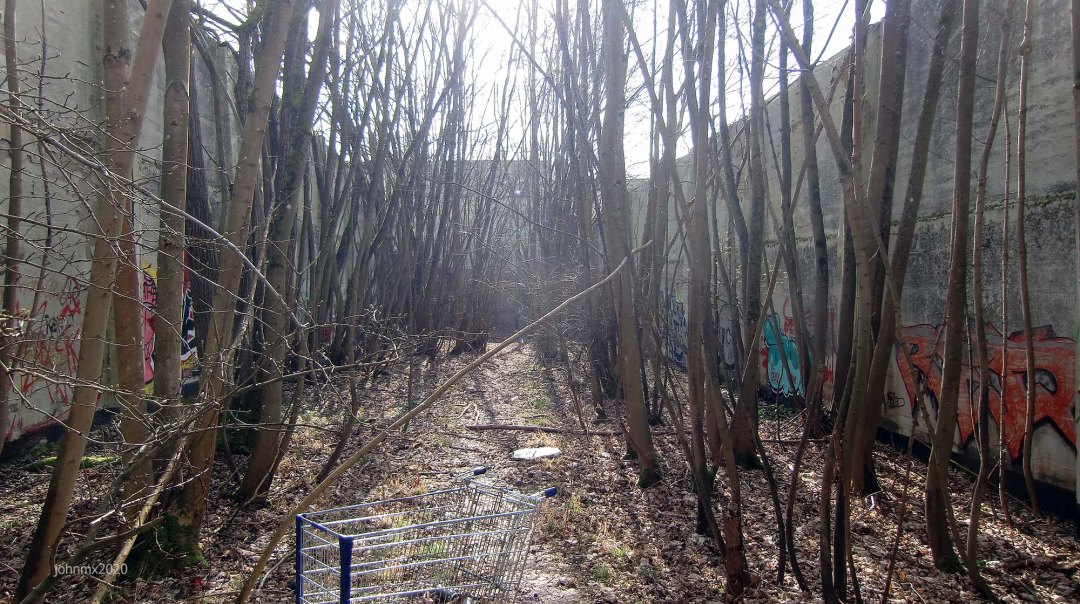 This is a rare area of open countryside, home to rare butterfly and orchid species where sheep and goats are part of the landscape management used to maintain the open fields and stop the surrounding forest from swallowing it.

The now redundant panzer road is a gateway to an outstanding area, and if you want a comparison, just think of Salisbury Plain in England devoid of the army.

This is a real peace dividend indeed and a nice piece of Betonweg for us cyclists to enjoy. 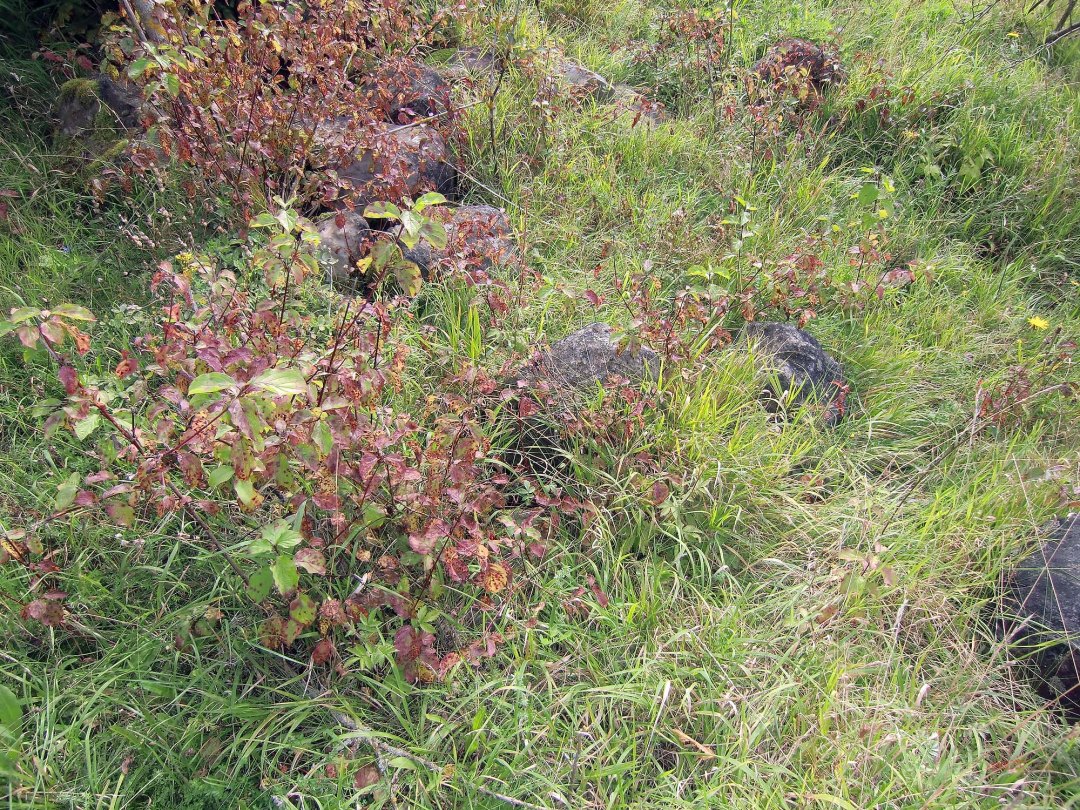 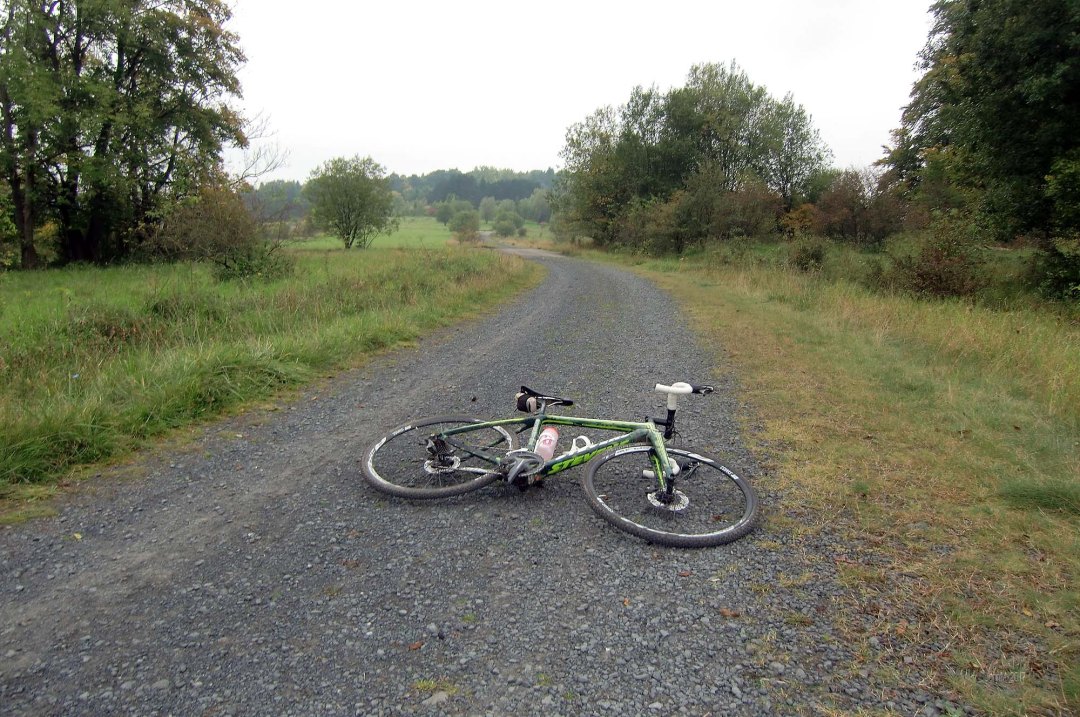 There are gravel trails shooting off in all directions

p.s.
Goettingen has other now long redundant military facilities – the airbase at Grone-Weende, now buried under a trading estate, offered a surprise to the occupying American troops in 1945 when they found captured US aircraft in one of the Hangers – a ‘P-47  Thunderbolt’ and a ‘P-51 Mustang’, the former with Luftwaffe markings. This airbase was also home to the Horta brother’s experimental ‘Flying Wing’ which is seen flying over Goettingen in the picture further below. 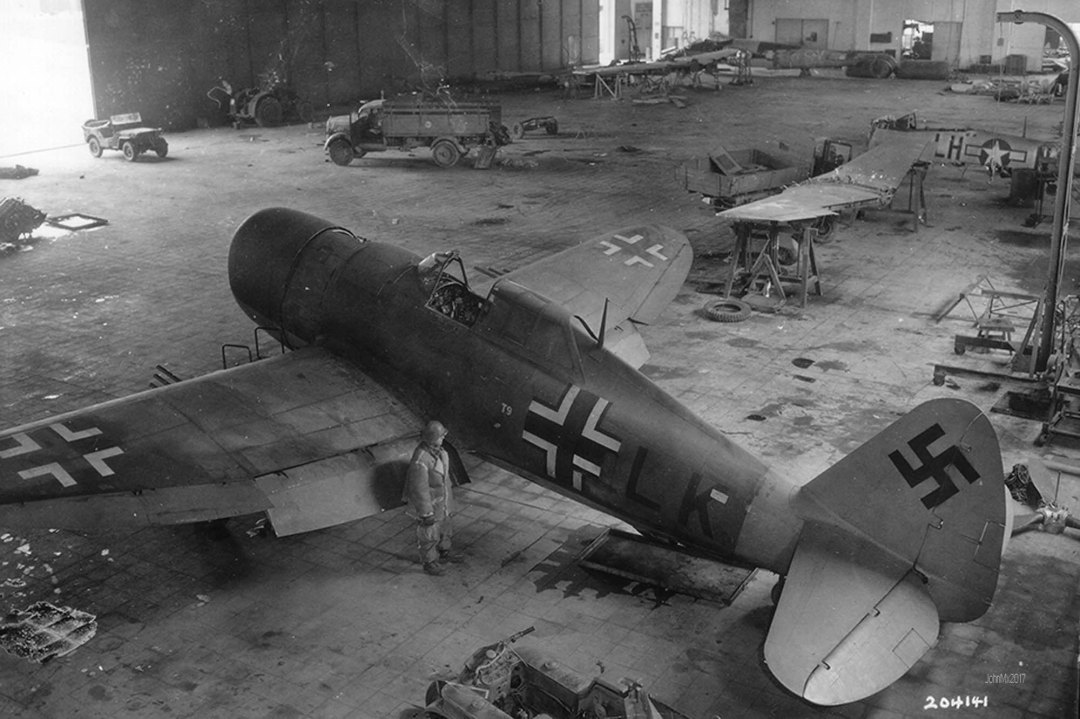 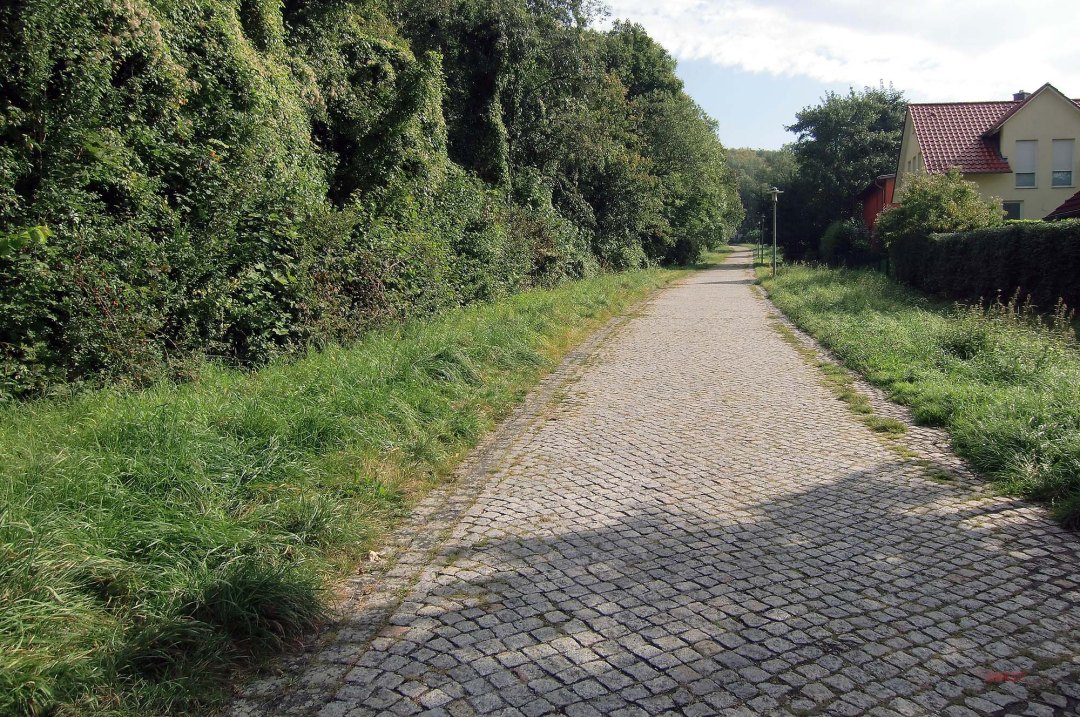 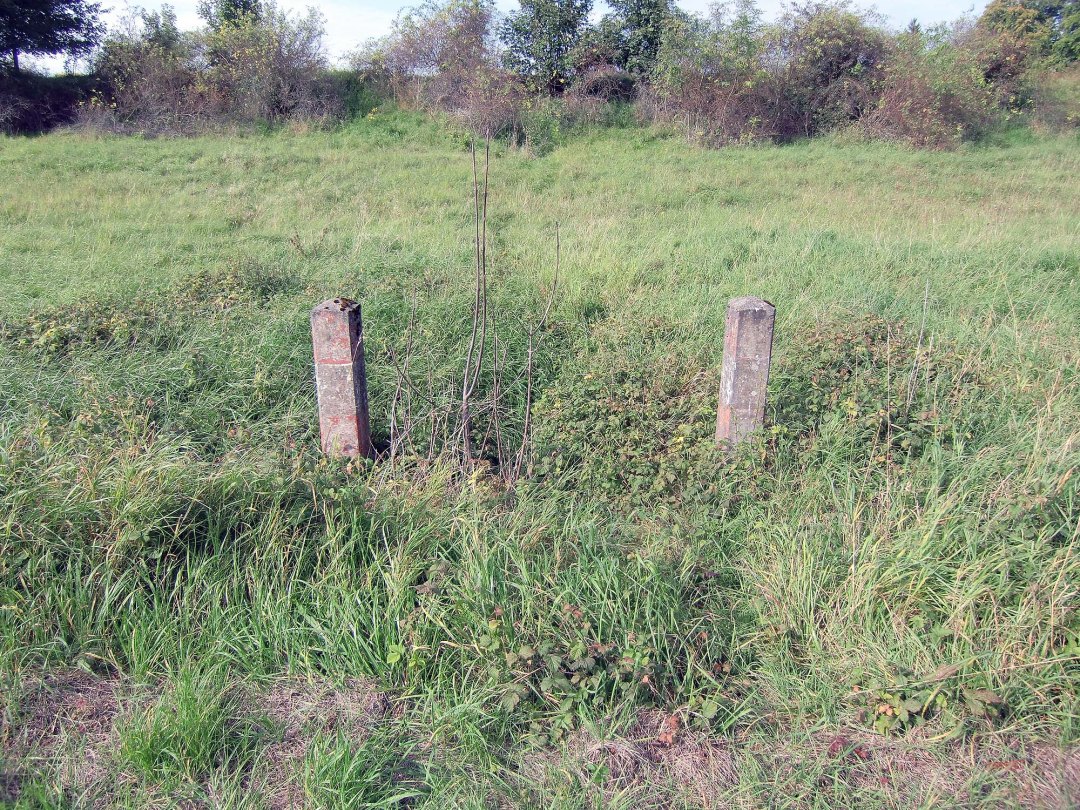 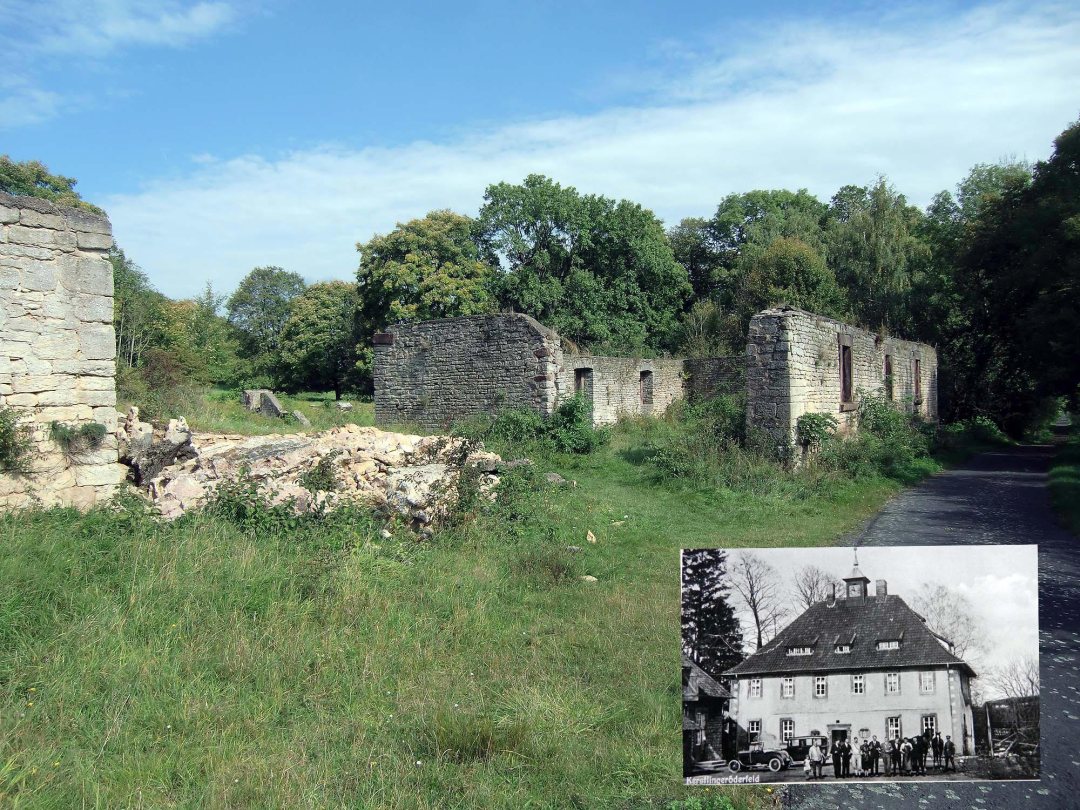 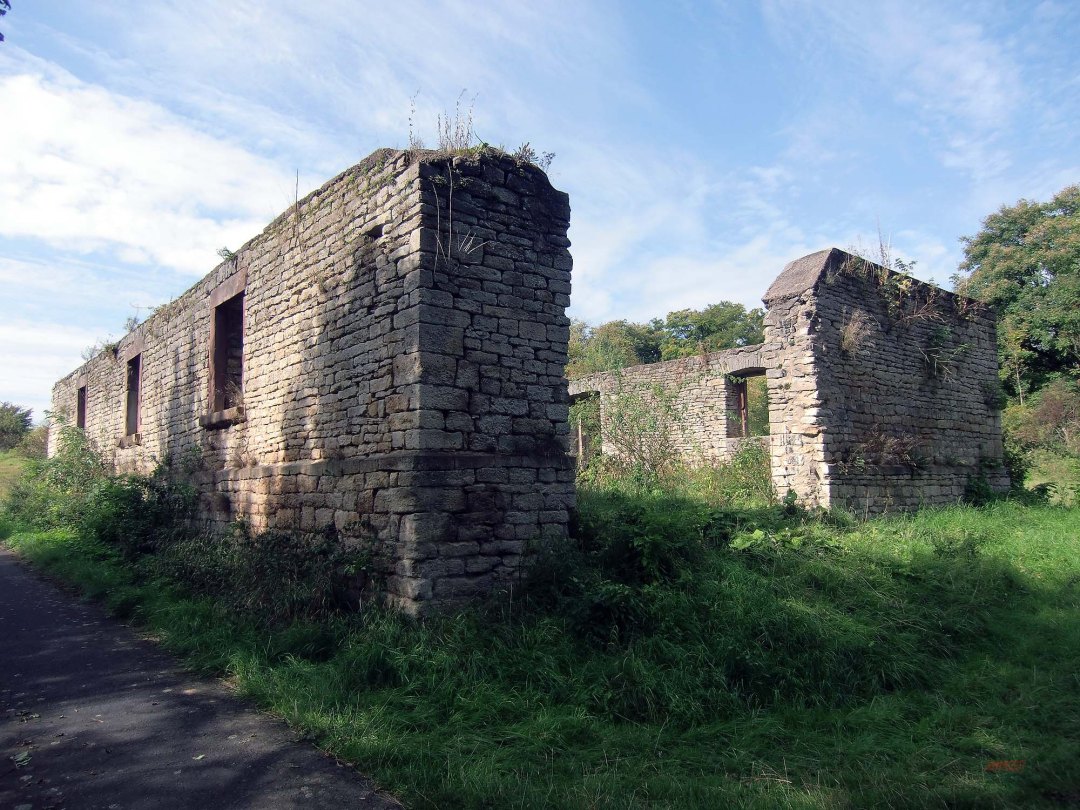 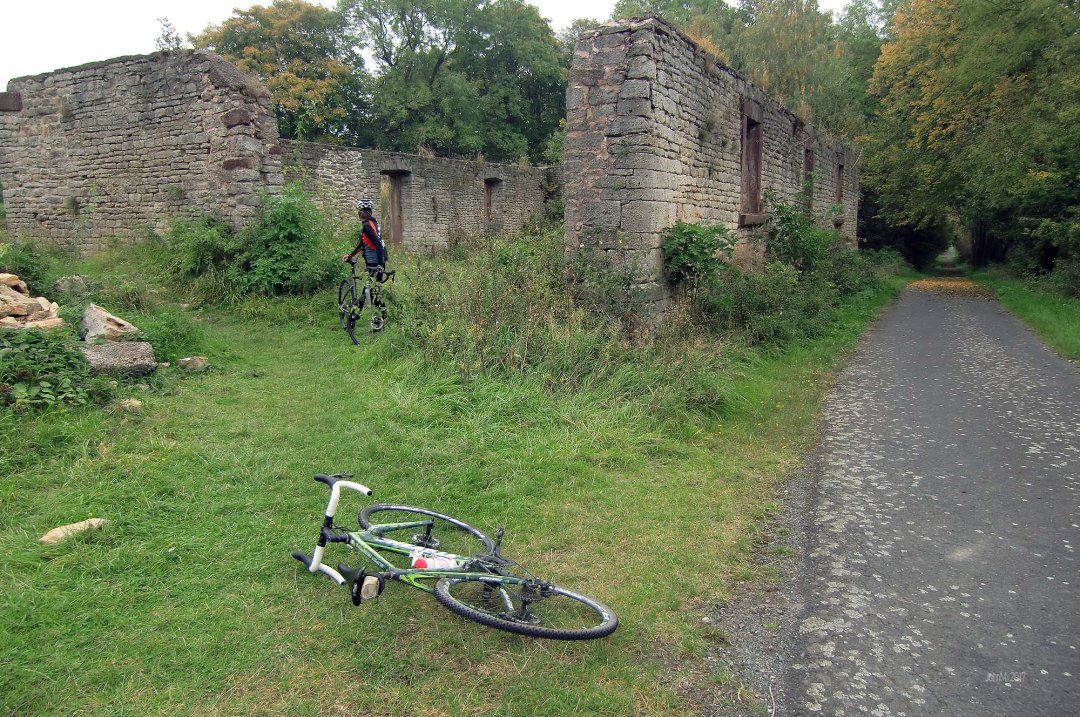 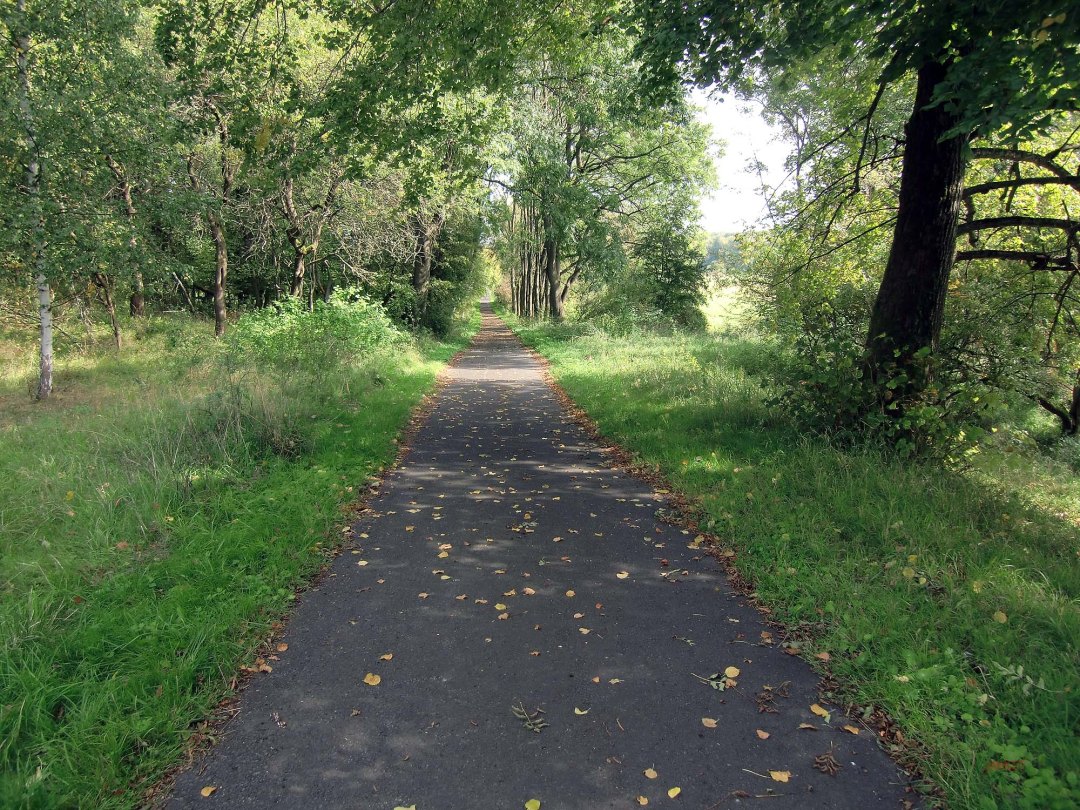 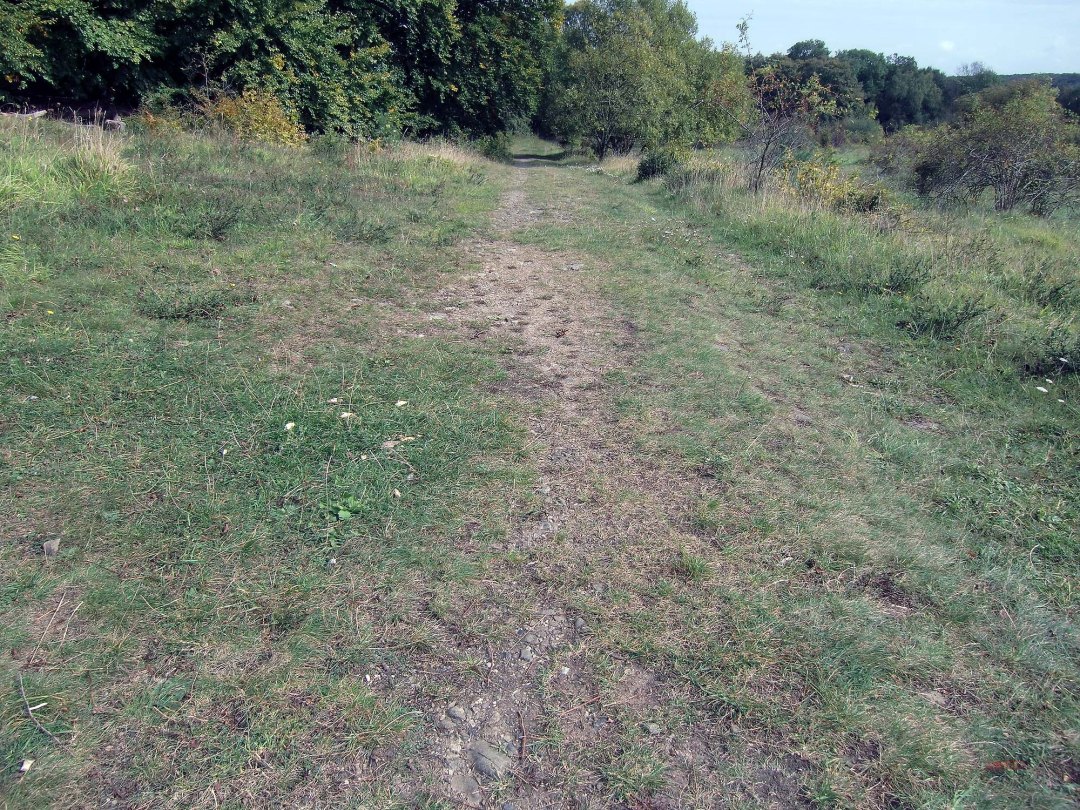 A cobbled road consumed by nature 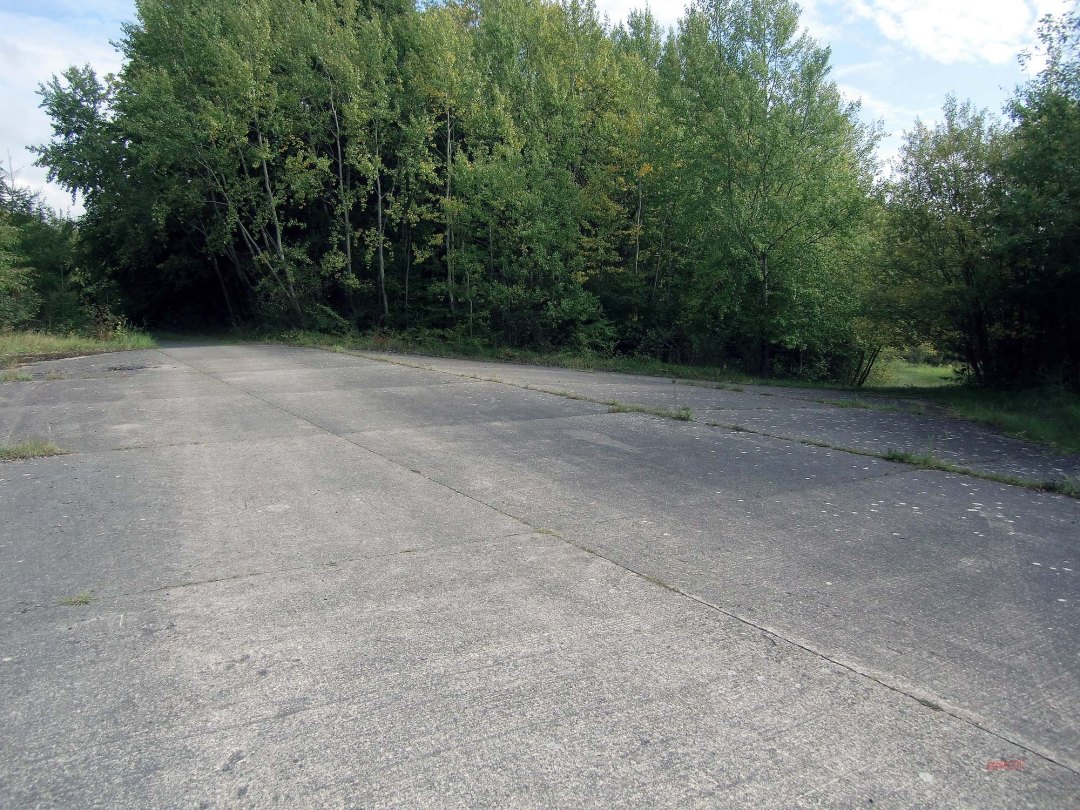 One of many Panzer Platz areas 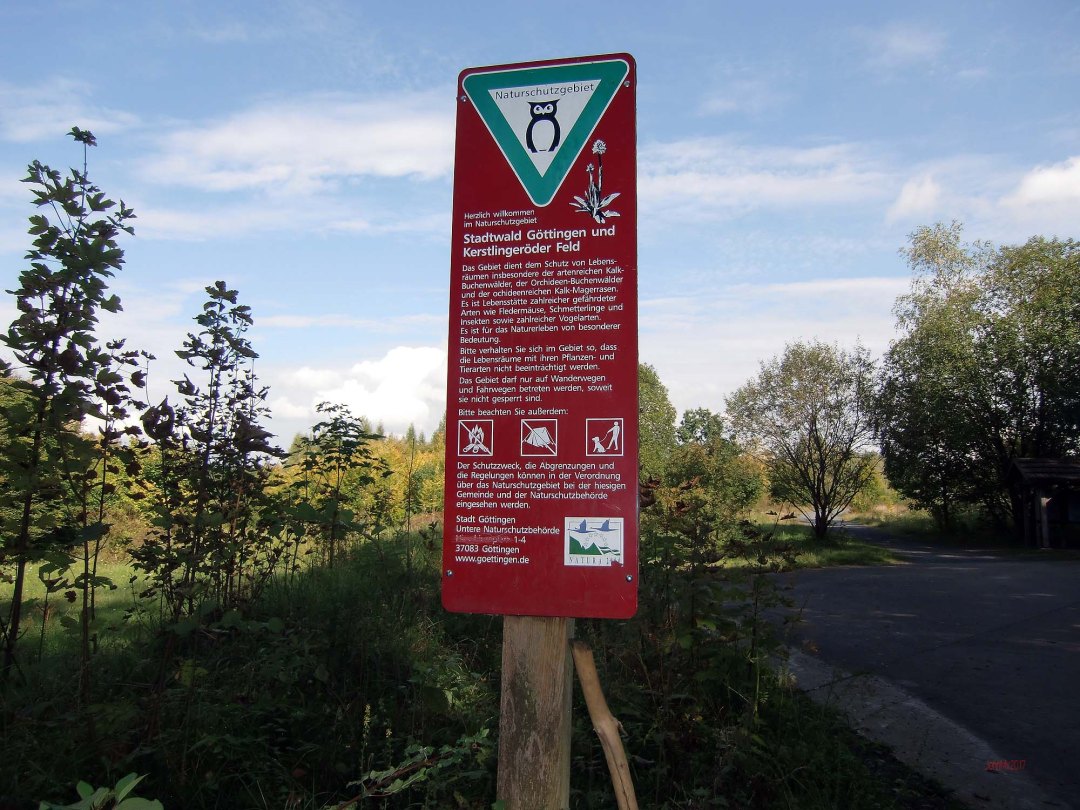 Kerstlingeröderfeld was opened as a Nature Park in 2007 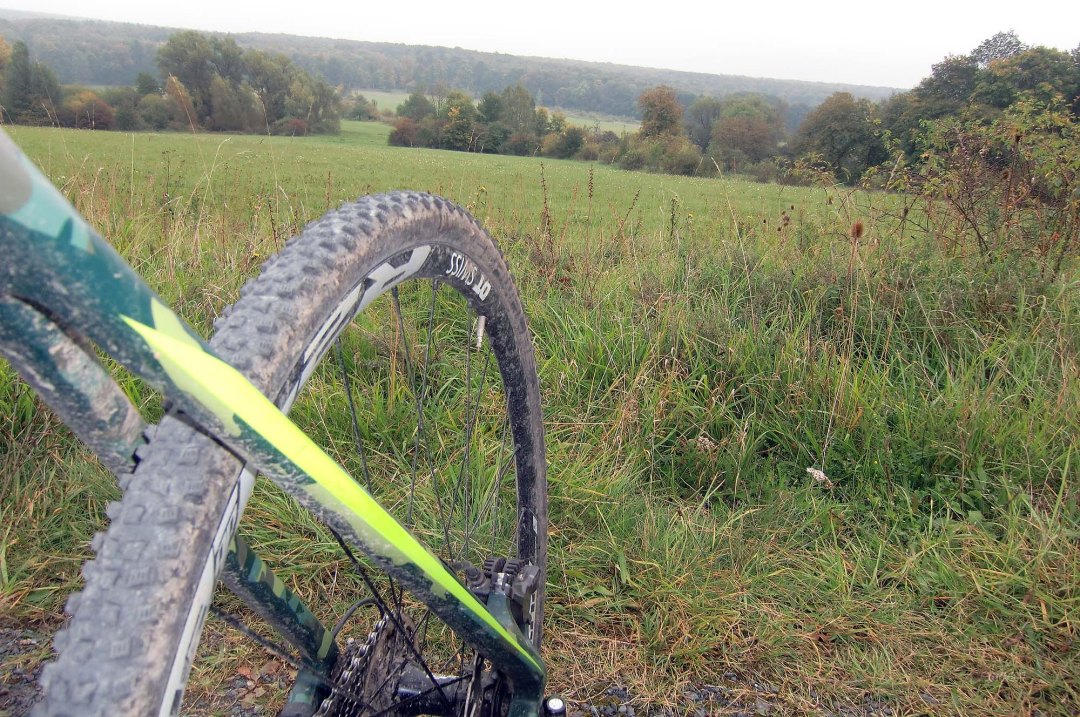 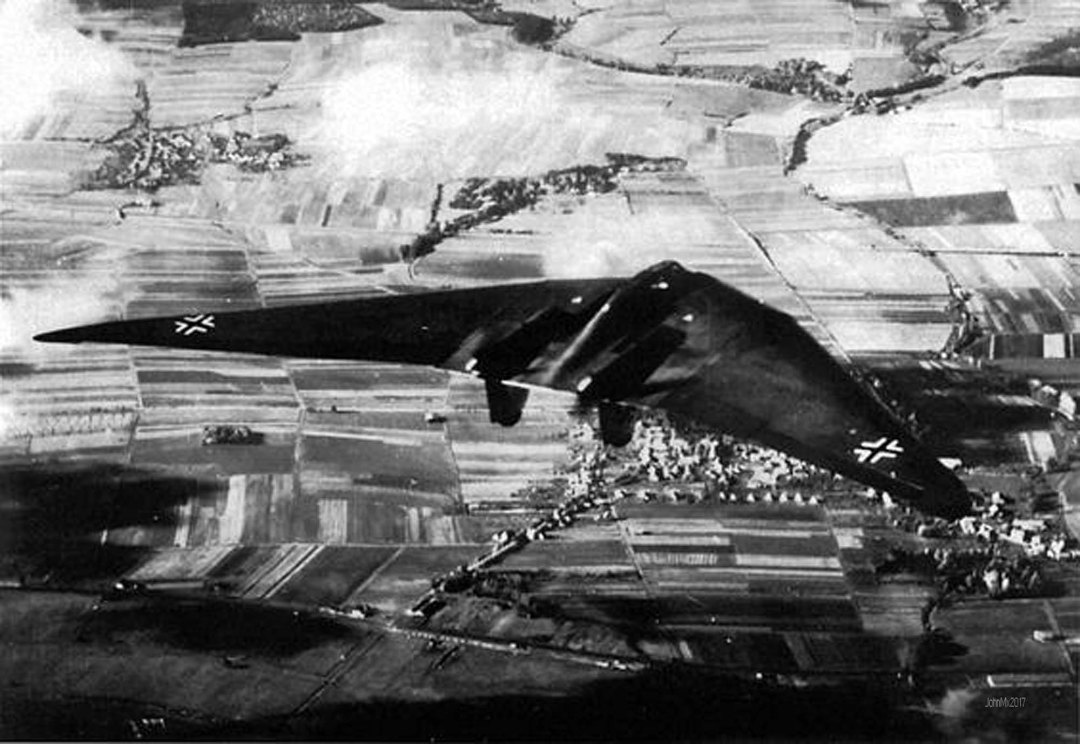 The ‘Flying Wing’ over Goettingen where it was tested 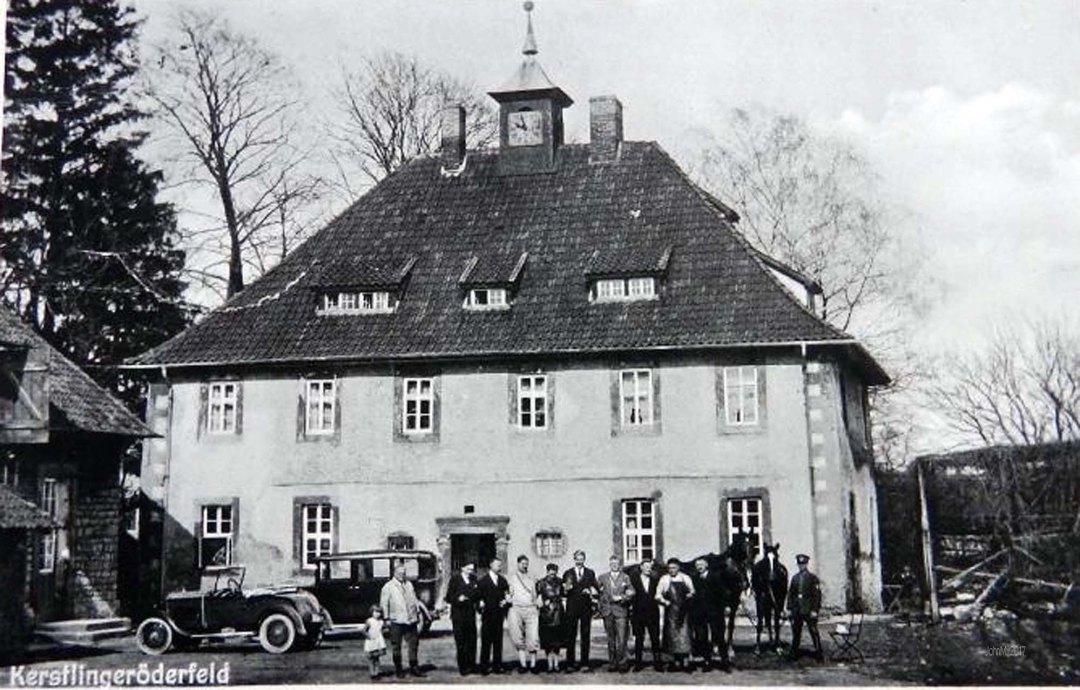 Kerstlingeröderfeld Manor House before NATO smashed it to bits 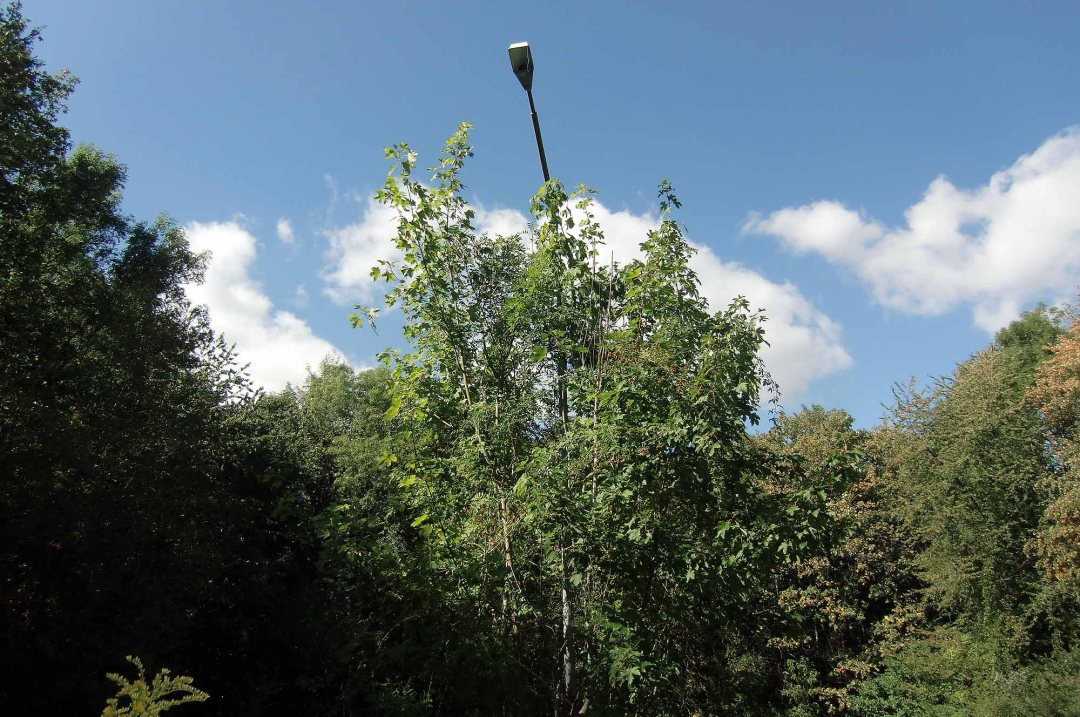 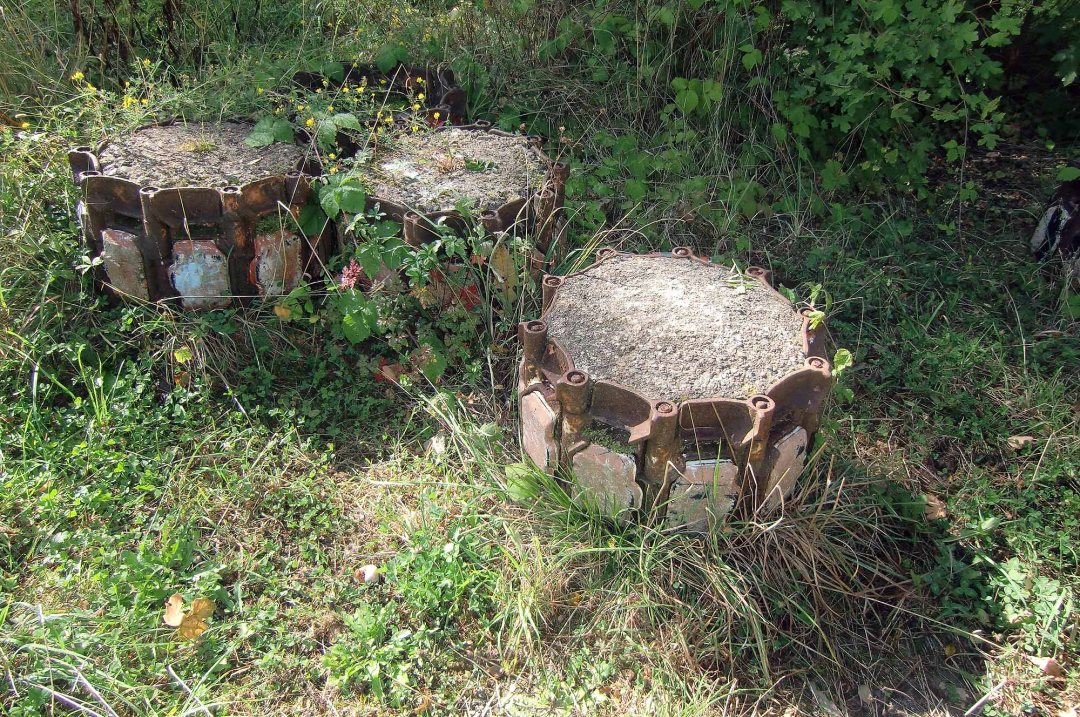