Paul Churchill was at the German National Cyclo Cross Championships at Kleinmachnow on January 13 2019.

Despite wet and windy conditions the decision to hold the German championships in the suburbs of Berlin and Potsdam meant impressive spectator numbers and not just German’s an international crowd turned up over the two days to see the racing.

Used to standing around in the rain and cold at Christmas markets Germans enjoyed the food, drink and atmosphere of a major Cross event. The traditional tastes and smells of frites and beer seen in Belgium replaced by Bratwurst, cake and coffee including the classic “Berliner” doughnut.

After what seems like weeks of persistent rain the course was remarkably free of mud. A classic cross-country circuit, with the novelty “Schnecke” (spiral) and hurdles hidden away from the spectators, the main feature was the hill, essentially a big lump of sand, slap bang in the middle of the circuit. Organisers used this feature to full effect with three ascents of the “Berg”, only one of which rideable, spectators could see the riders up-close at four different points and get a great overview of much of the rest of the course by taking only a few steps, the MC platform, another Bratwurst stand and fire barrels in this central corral added to the atmosphere.

The main race saw defending champion Marcel Meisen take a clear win. Biding his time on the opening lap he pulled away on lap two, never to be seen again, eliminating large numbers of other elite riders as he bore down on back-markers taken out of the race so as not to obstruct the championship. In the last lap he was cruising, enjoying the cheers on the hill before crossing the line. The race-long battle for the remaining podium positions was fought between only two riders, Sascha Weber and Manuel Mueller, with Weber, clear of all other challengers conceding to Mueller on the last lap  dropping way back to allow Mueller to cross the line alone for second. Stevens pair Gruner and Geisler took fourth and fifth, retired road pro and ex Tour de France racer Paul Voss took a highly creditable 7th place.

Cyclo Cross seems to be growing in popularity in Germany and successful, slickly-organised events in major cities can only help the growth. 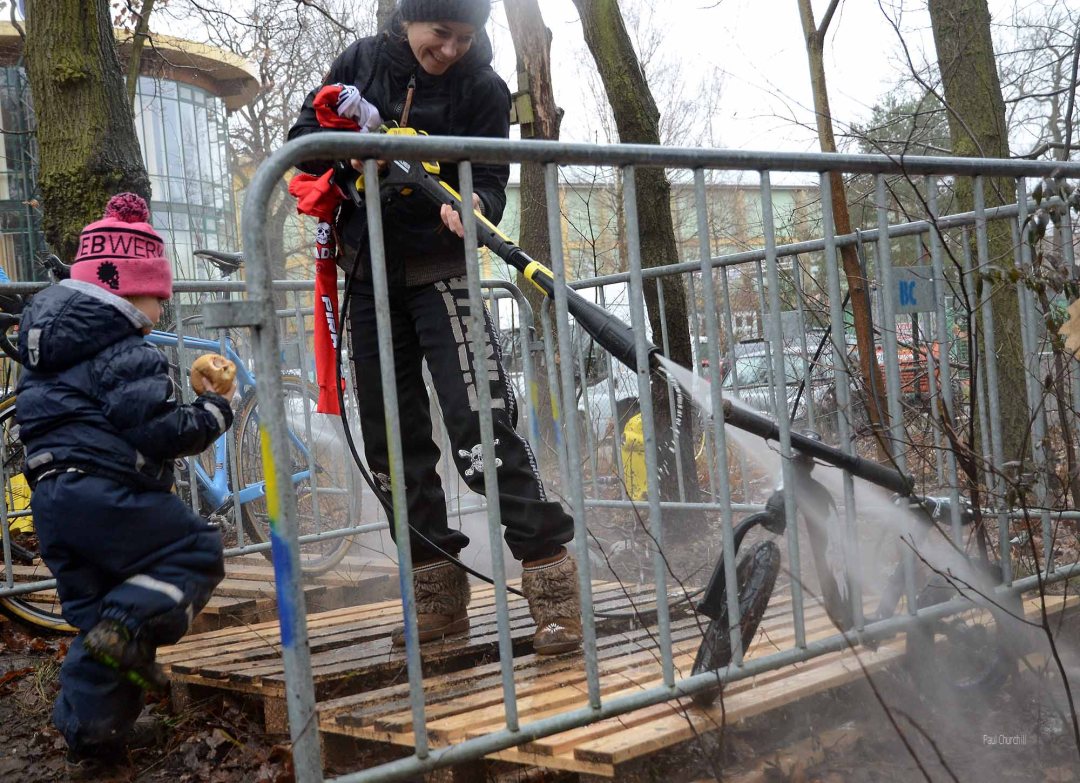