I came to London in the late eighties and soon found myself involved in local politics including housing issues, and I enjoyed some great times with anarchists who sometimes weren’t really sure why I would talk about cycles, not political cycles but the pedal version.

It was in 1994 when I and a group of Structureless Tyrants (no formal structure just people who worked co-operatively) began our run of 19 years of the Beastway Mountain Bike Series before handing over the reins in recent years. On Saturday June 2, 2018, I helped to marshal the ‘Thunder Crit 3’ at the 2012 London, Olympic venue, ironically held on the new cycle circuit that replaced old Eastway where we first held Beastway. The event reminded me so much of those days where we made the rules, set the parameters of play and set about holding an event with a combination of competiveness with a huge dose of atmosphere, enjoyment and an intent of relaxed professionalism. Before each race at the Thunder Crit ‘NLTCBMBC’s’ Rob Green gave a race briefing which he hoped would set the agenda, outlining issues etc. I did the same for thirteen sometimes fifteen weeks each Wednesday, each year in front of 250 riders of all abilities. My catchphrase was ‘be nice to each other’.

For many of the early years we ran Beastway outside of the cycling governing body of Britain and relied upon persuasion and peer pressure to keep order, and most of the time it worked – we did suspend  a few for a week or so for being ‘uncool’. When Rob expressed a quiet frustration regarding people not listening I sympathised with him.

Where’s my blazer?
During my time running Beastway I also got involved with British Cycling. Although I was sceptical of its bureaucratic aspect I felt that BC gave me a bigger chance to promote cycle sport, including my first love which is cyclo cross. We needed more than what a couple of kindred spirits could achieve alone. I became a race commissar for a number of disciplines (someone had too) and was rather disappointed that I wasn’t presented with a blazer and clip board when I passed the procedures. I had to buy my own stop watch, clip board and pen although I was given a rubbish jacket with commissaire emblazoned on it, but not a blazer.

Anonymous
Living in London requires you to find your place or embed yourself with people or a group otherwise you can feel anonymous and alienated. We had a real bond within the Beastway crew and with the riders, and I could see parallels with the NLTCBMBC and the single speed scene. Easy terms of reference are often used by people especially by those in authority to belittle or demonise people united by a shared interest. The fixed gear scene away from the track such as Redhook, RAD Race in Berlin or the Thunder Crits I have heard labelled as being made up by a bunch of ‘hipsters’, this sentiment is so wrong: the way I remember it, the hipster fashion is a derivative of the ‘Fixie’ Community which also existed in 1994 but is now so much stronger. At the Thundercrit it was clear that a strong scene of cyclists are living their lives in London and expressing it in many ways – I noted the good number of cargo bikes which are surely the future saviour of our city, being used to transport race bikes, equipment, children and supplies. At the only surviving bit of old Eastway a group were holding a lively picnic whilst watching the racing and in their midst cargo bikes.

Hop, Skip and Jump
The atmosphere was great at the Thundercrit and the racing was eagerly anticipated by a large and enthusiastic crowd. They were not disappointed because the action was fast and furious – for me the best bit of the race action was watching the riders slow down for a hairpin from a great speed with a hop, skip and a jump of their rear wheel and then hearing it squeal as it reconnected with the tarmac.

In the shadow of the 2012 Olympic Velodrome 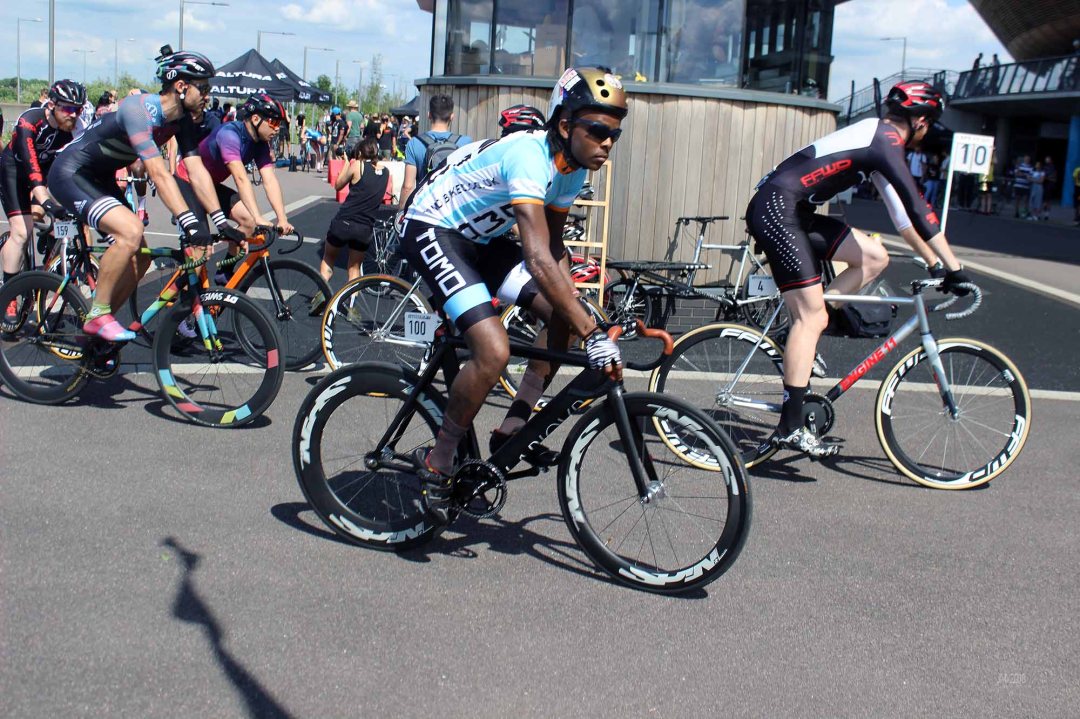 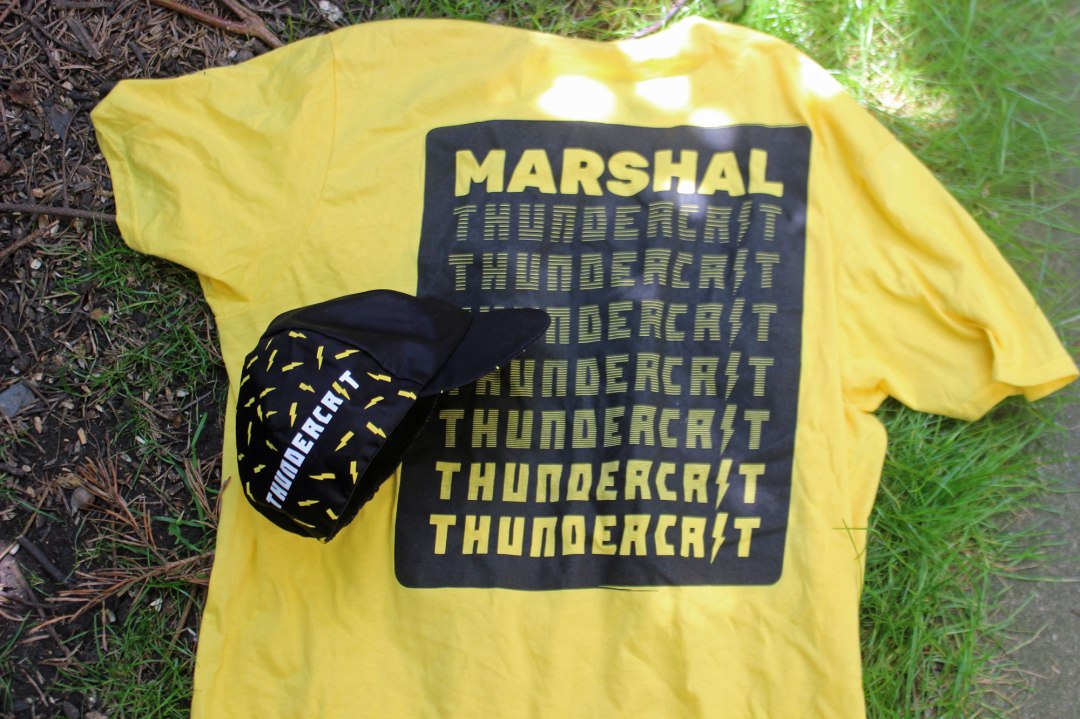