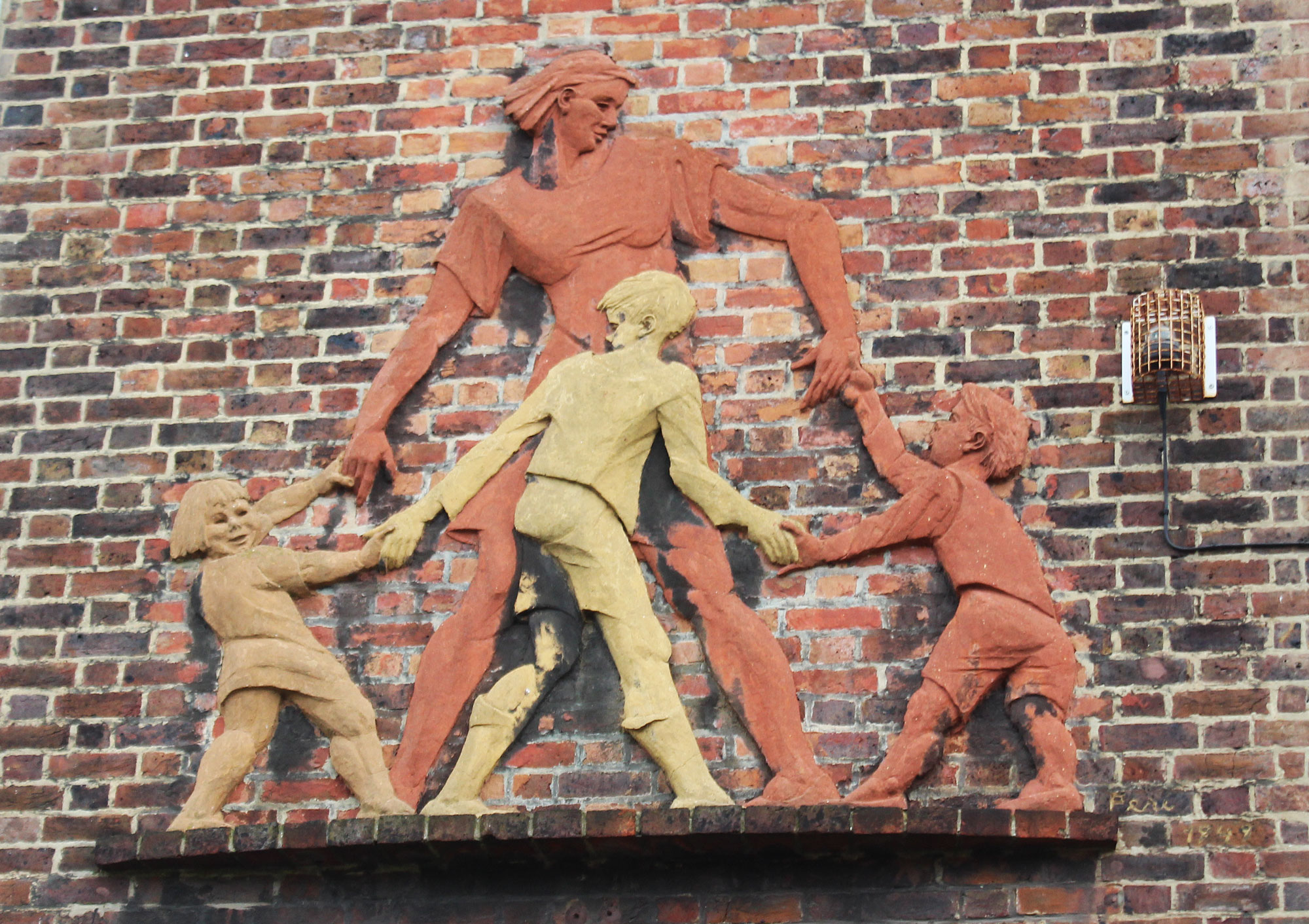 Three of Peri’s works are within a short walk of my home in Vauxhall, London.

Peri was a Hungarian born artist who lived in Germany then had to escape from the Nazi’s and came to Britain. He became well known for his work with coloured concrete in what was called ‘Pericrete’, a mix of concrete with polyester resin and metallic powders.

All of the reliefs featured here are Grade II listed giving them a degree of protection.

Additionally his most well-known work which once welcomed visitors to the Festival of Britain at Waterloo Station has recently been found after becoming lost. I have included a picture of the ‘Sun Bathers’.

Horton and Wareham Houses were built post WW2 on a site that was hit by a V-1 Nazi Vengeance weapon and which now interrupts a long line of a Victorian and Georgian Terrace .

‘Following the Leader’, Darley House, Laud Street, Vauxhall Gardens. This is a memorial to children killed in the WW2 Blitz. 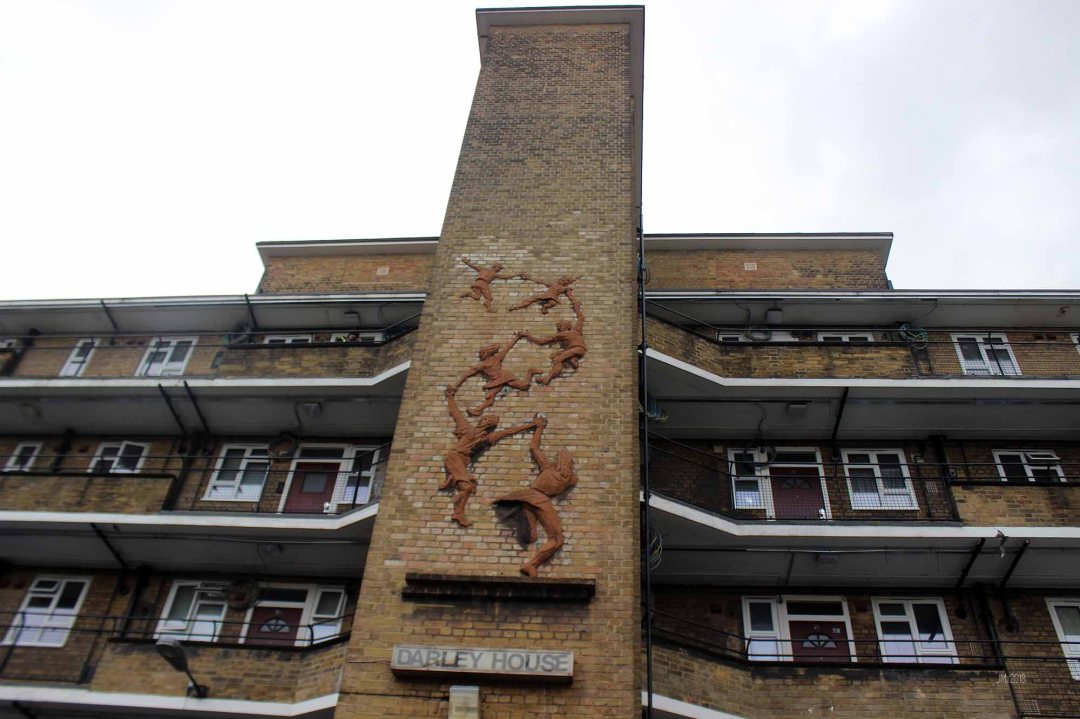 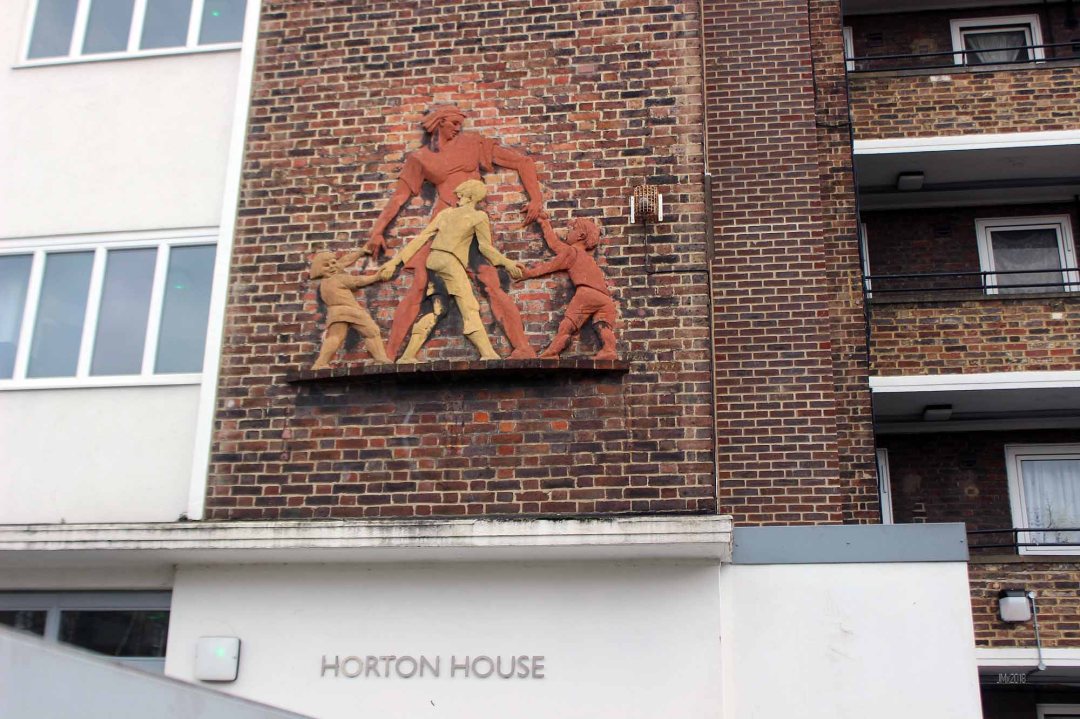