Herne Hill Velodrome is a bright jewel in London’s heritage and it is a rare survivor of not only the 19th century boom or bust approach to sport it, but also a past Olympic venue (1948).

Built in 1891 Herne Hill Velodrome situated in south London became Britain’s premier cycle track, drawing huge crowds, and while so many other London velodromes and sports venues were consumed by London’s fast growth of suburbs and business’s, it remained.

Now the indoor velodromes at Manchester used for the Commonwealth Games and the 2012 Olympic venue in London have the limelight.

I have seen so many track meetings at Herne Hill, and two stand out in my memory (I’ll also give an honourable mention to the Brixton Cycles Madison meeting with the late Rob Jefferies handling the mic rather than his bike and he was able to name every rider in a long chain of riders when commentating).

The first is the 2003 Centenary Good Friday Track Meeting and another is the Motor Paced event held during the 2007 Good Friday edition which saw the concrete velodrome shake under the might of the Triumph Thunderbird motor bikes.

The wonderful John Watts of Addiscombe CC celebrated the occasion by publishing ‘The Great Gamble’. In this he described not only the history of the traditional ‘Good Friday Track meeting’ but he also signposted the tribulations and successes of Britain’s velodrome race history up to 2003.

The craze for cycling exploded in the Victorian period and a high number of velodromes were built, but as the turn of the 20th Century approached many of these tracks were closing. Therefore, it was a gamble to promote the ‘Good Friday Meeting’ in 1903, but thankfully a huge sell-out crowd set the meeting on its feet.

The event and the Herne Hill Velodrome went on to survive two World Wars, internal cycling politics, television, declining gate receipts, the rise of the car and with it the side-lining of the bicycle, housing developers and bad weather. The post World War Two 1948 edition was also a massive success, but this was really the last time that attendance levels reflected the ‘golden period’ of track cycling at Herne Hill.

John lists all the trophies presented to riders with the ‘Mellins Cup’ being the oldest and he mentions names long forgotten names such as 1908 World Sprint champion Vic Johnson.

When I first spectated at the Good Friday Meeting, German stars such as Michael Hubner and Jens Fiedler did battle with local heroes (incl. Rob and Russell Williams) and national track riders. The Germans pair looked like man-mountains and it was amazing to get close to them.

In posts to my Facebook Page (and later updates) many people contributed memories of lost Velodromes and this made me pick up John Watt’s ‘The Great Gamble’ again. I’ll never forget that glorious event in 2003, held in perfect sunshine in front of a packed crowd cheering and banging the boards – we smiled so much that day, it made up for all the wet cancelled editions that we had also experienced. 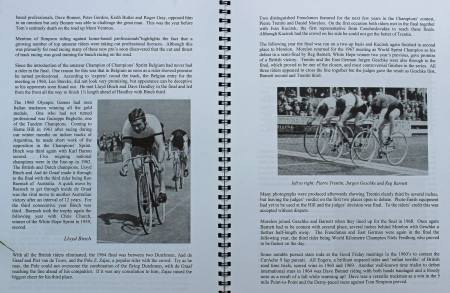 I also recall that Denise Hampsen of Great Britain won the Adept Handicap Sprint ahead of Ross Edgard, to the delight of the crowd that had urged her on frantically and loudly.

Sadly the Good Friday Meeting as we knew it is no more – the SCCU decided not to promote again in 2018 citing money worries stemming from lost events to rain and a lack of spectator capacity since recent renovations to the velodrome site.

Featured picture is of James Taylor and Ross Edgar and more pictures are below.

Links
– Dash For Cash
– I didn’t find a velodrome, but…

The second of the most amazing days of track cycling I ever saw was a ‘Stayers’ race at Herne Hill Velodrome in London.

As part of the 2007 Good Friday Track Meeting a good crowd were offered the rare opportunity to see star European riders paced by top pilots of 650cc Triumph Thunderbird motor bikes. In fact ‘see’ is an understatement as the ‘Thunderbirds’ roared loudly and the ground shook as they thundered around the velodrome at warp speed. A sensory overload!

The race itself began at a steady pace as pacer (pilot) and stayers (riders) positioned themselves, no sudden movements rather an incremental application of pace could be felt – the wind thus generated became increasingly more agitated and nipped at your ears as they passed by. By mid-distance (25 of 50 laps) the riders were really setting about wearing each other down, and when we neared the close of play the speed had grown frighteningly, and this is when you could really see the huge skills required to race and stay safe. In the end Timo Scholz of Germany applied the pressure and finally moved ahead to win.

Stayer’s racing is a relentless application of increasing speed and maintaining concentration, as well as a symbiosis between pacer and stayer rather than the fireworks of a sprint race for instance – ‘good vibrations’ indeed.

The motor bikes featured in the pictures were once situated at the Leicester track but when that closed, they found themselves at Herne Hill.

I can remember very well the vibrations through my feet, the noise and the amazing draft of air that whistled past everyone’s ears and smacked my cheeks.

It was simply glorious. 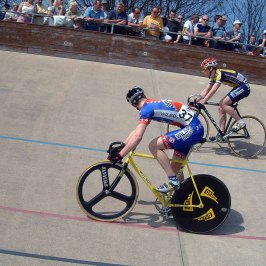 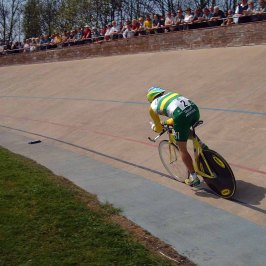 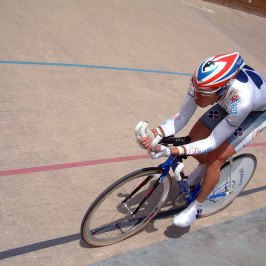 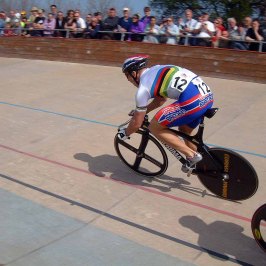 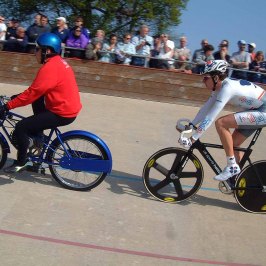 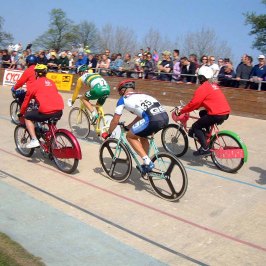 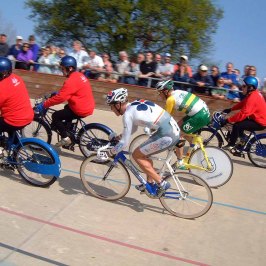 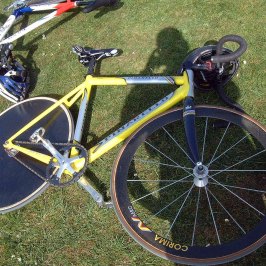 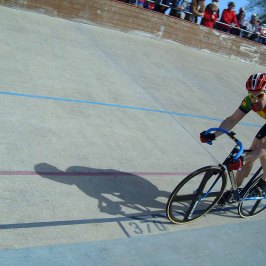 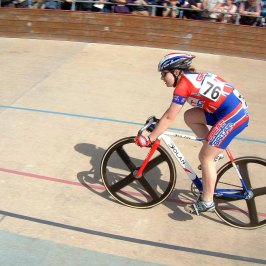 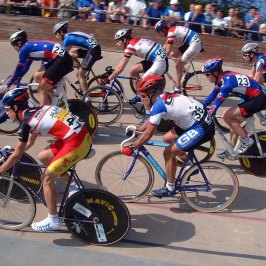 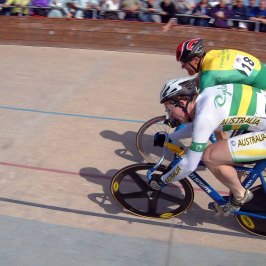 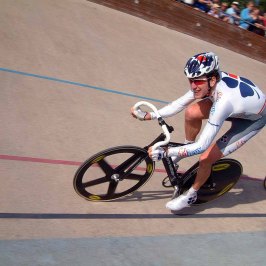 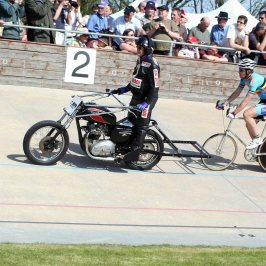 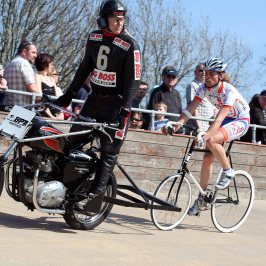 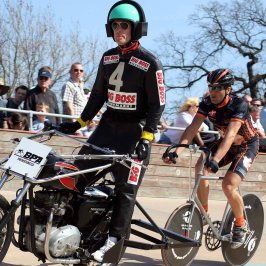 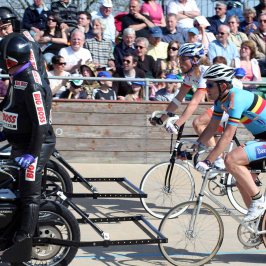 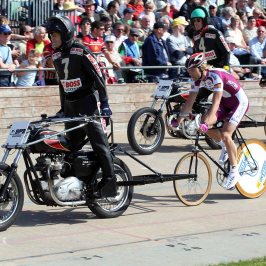 Stayer Links:
– Colin Denman in an interview with ‘De Laune CC’ – http://www.delaunecc.org/classic%20bike%20article.htm
– There is also a nice feature about ‘Stayer’ cycles at – http://www.bikehugger.com/posts/stayer-bikes/
– Almost all you need to know about ‘Stayers’ racing can be found here – https://en.wikipedia.org/wiki/Motor-paced_racing
– Stayers bike – https://traumfahrrad.com/tag/stayer-bike/