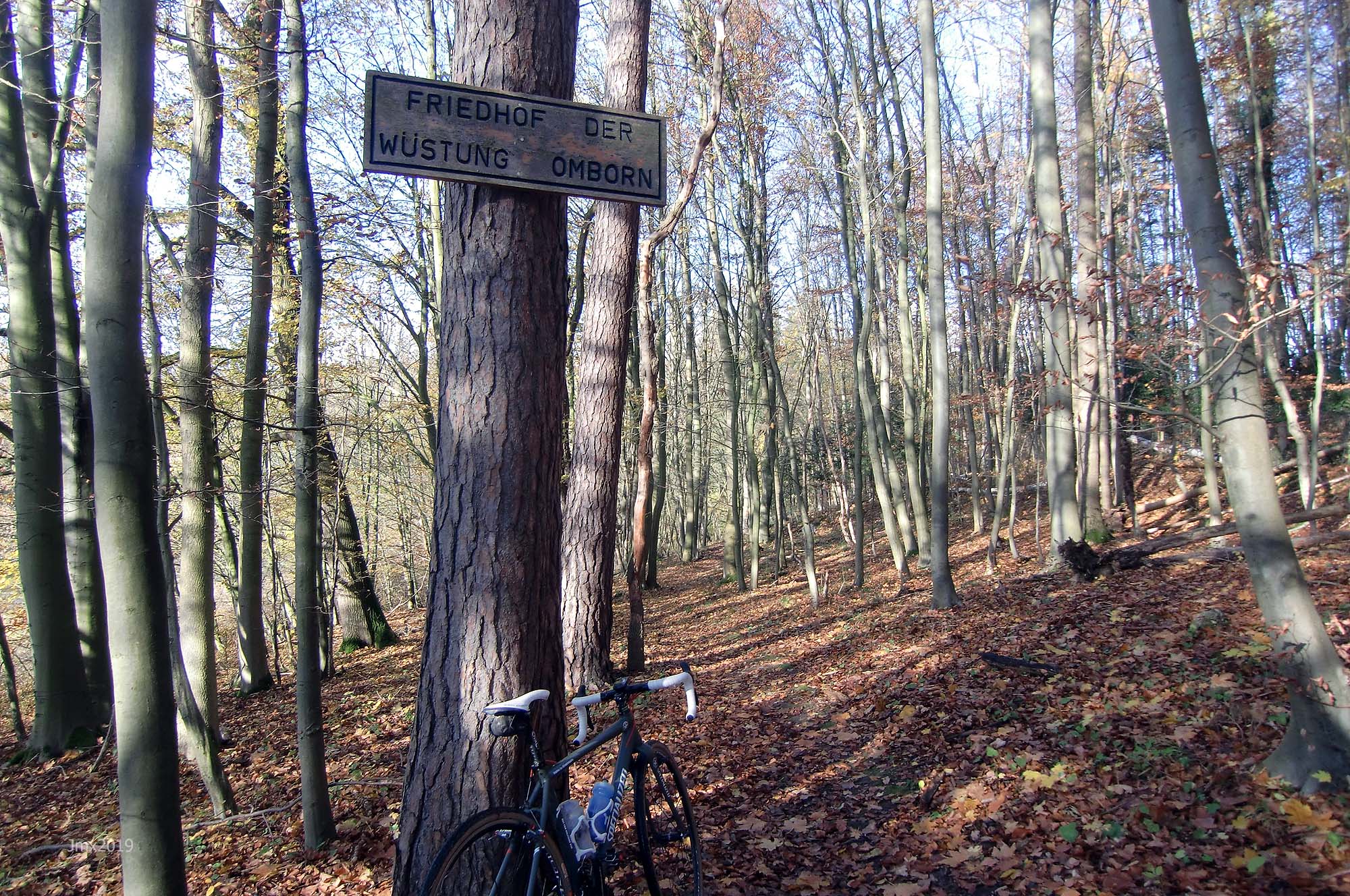 Almost every area will have something that has been abandoned with some long since forgotten and rubbed away.

On this short gravel ride, we passed two lost villages, at Kerstlingeröder Feld and Omborn. The first was badly hit during the Thirty Years War (which devastated the German speaking states) and what was left was then destroyed during a local feud before finally the surviving manor house was overcome by Leopards and Chieftains. What remains are redundant concrete Panzer Platz and a romantic ruin set in a nature reserve.

Later, we visited the site of what was once Omborn set deep in the forest, now only signs mark where a village and church stood, nothing remains. Trees have taken back a cemetery and buildings. The information board says that stones etc. from Omborn can be found built into the buildings in nearby villages.

There are several lost villages near Göttingen having been destroyed by war, famine or economics.

For instance, when Otto the First tried to impose his will on Göttingen the citizens destroyed his castle at Grona in 1387, his revenge was to embark on a campaign of destruction of many villages. He was forced to stop when Göttingen defeated the Duke´s army at a battle held at a site between the villages of Grona and Rosdorf.

This was not an isolated case in the area. 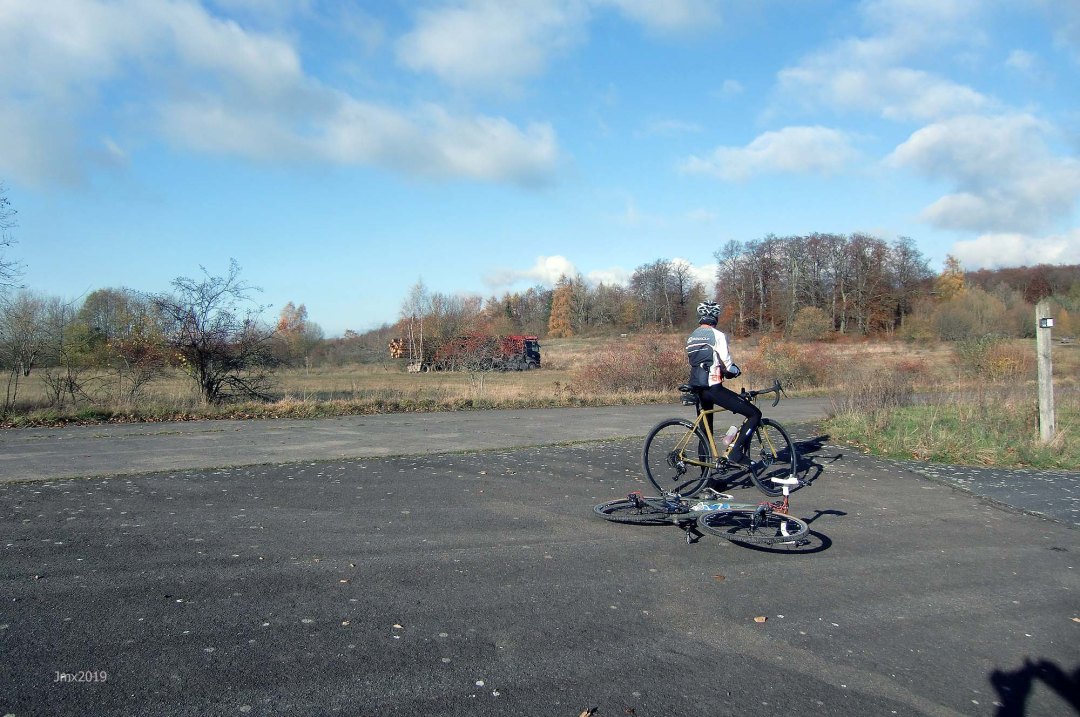 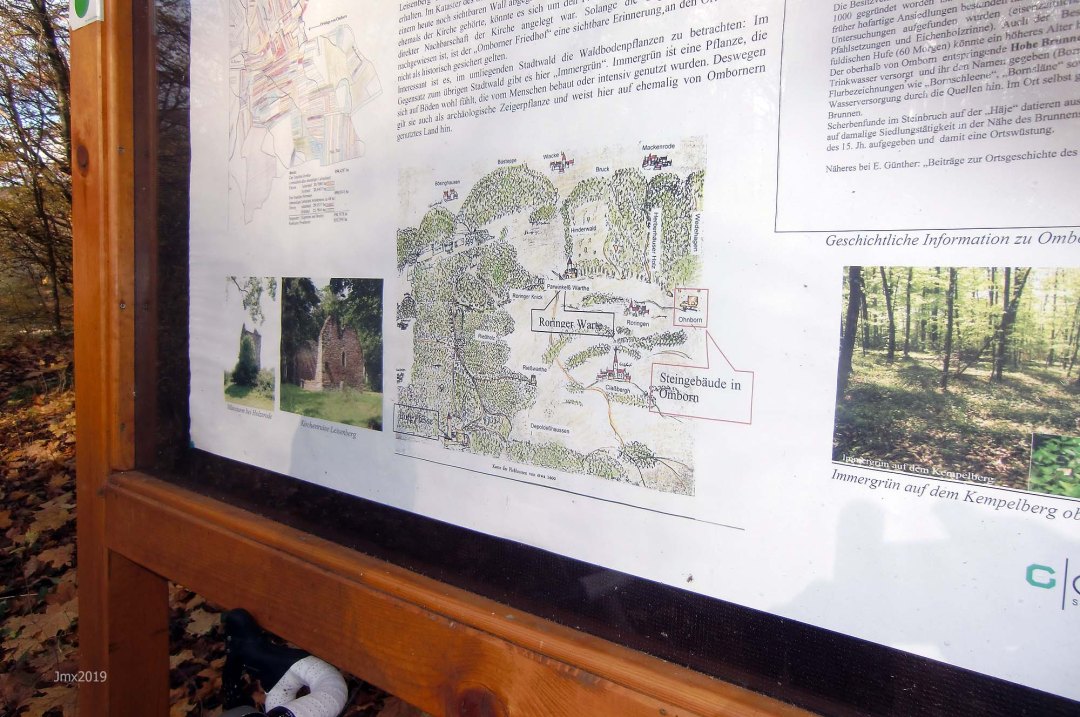 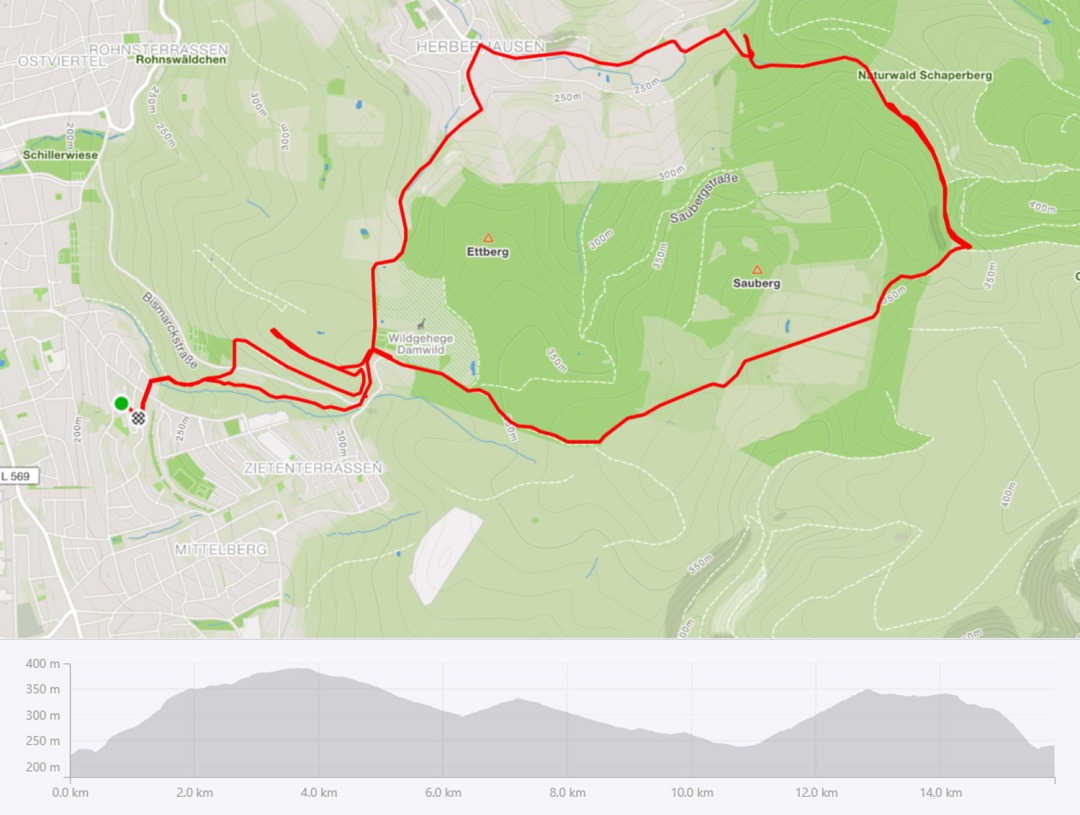