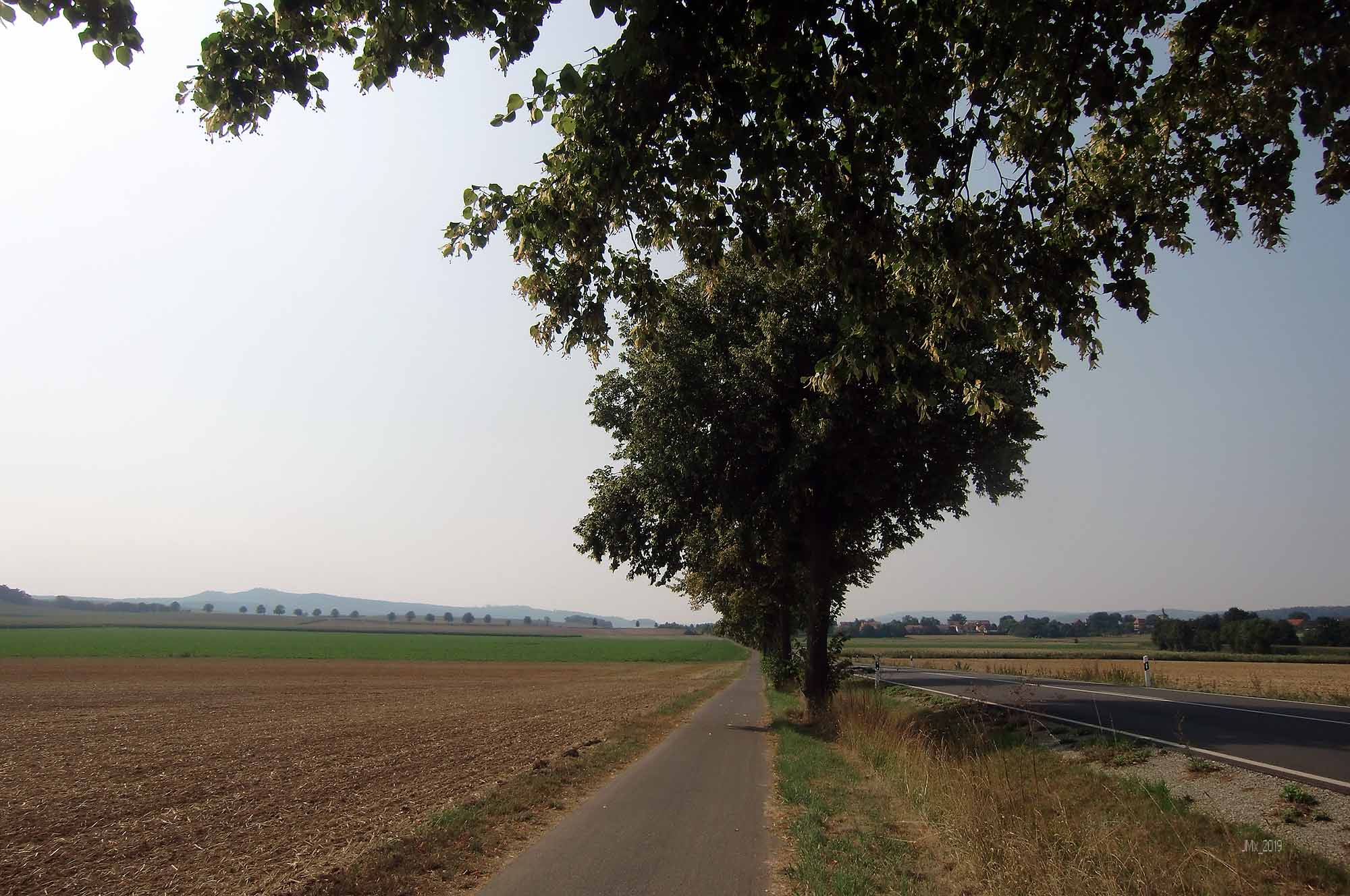 The day after I had proclaimed on Miriam Schattner‘s (a Hamburg crosser and gravelist) FB timeline that “I am addicted to gravel”, I went for a road ride instead.

In mitigation I would say that I want to build up some endurance and I thought a road ride would do the job especially as it’s less physically hard on the body than thumping along gravel trails. As it was the sun was strong (temp 30 plus) and the last 20 kilometres (of 60) felt brutal on the exposed tarmac. The forest trails would have offered more protection and been nicer than sitting under an Autobahn flyover to get some shade (the semi-ruined Hanstein Castle can just be made out on the hill).

I rode out from Goettingen via Friedland along the A38 road, well; actually I took the cycle path (main picture). This is pretty benign but it has its own challenges because you come across all sorts of other cyclists some riding at just over walking pace and others on their E-Bikes, thus you have to be super aware. I recently rode it with a tail wind and had two people on my wheel and it required much concentration by us all to stay safe at 40 plus.

Past Friedland a place where refugees have ventured to since 1945 I crossed the old DDR border at Kirchgandern, here the first house you come across has a wonderful cyclist themed garden gate and sculpture. At the old West German custom house I noticed an information board I had missed on previous visits and it showed a great picture of how things looked when they opened the border in 1989.

Thereon I skipped in and out of East and West Germany taking in some great rolling and empty roads before heading for home over more well-known roads.

Although I admit to my fraudulent statement and I am guilty as charged, I did include two kilometres of gravel in the hope that this would be seen in a favourable light. Additionally many German cycle paths can be eccentric and you have to be able to take the rough with the smooth which I did.

Thankfully I had beer in the fridge and also I took home with me my rubbish. 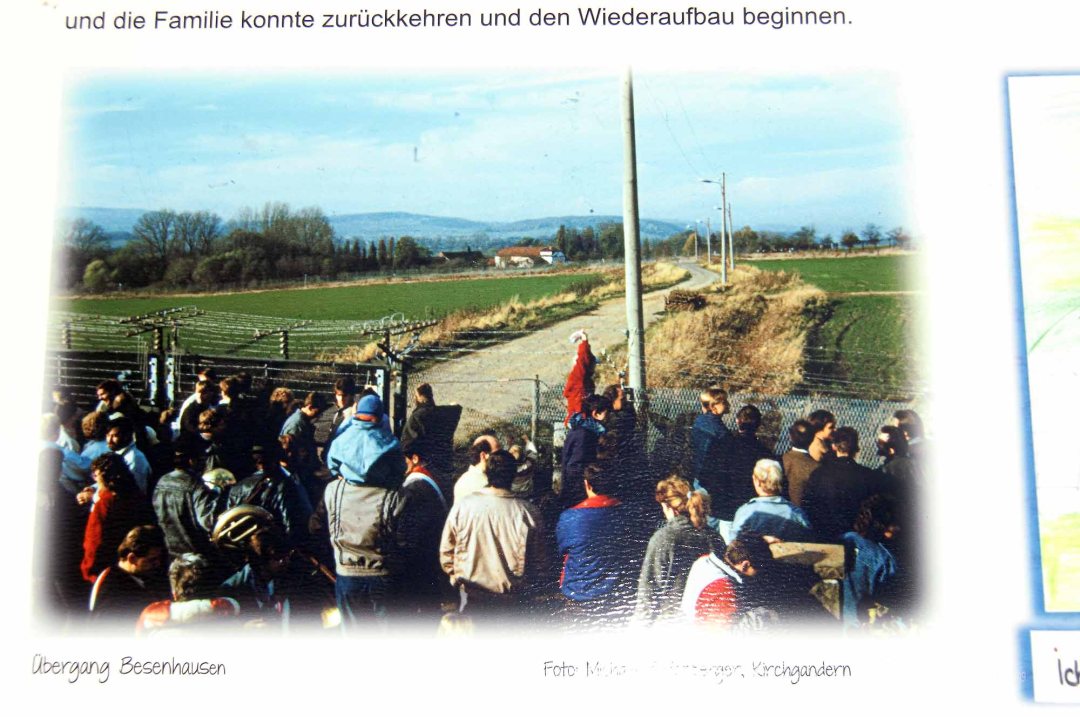 How the area looks today

Sunflowers in what was the death strip 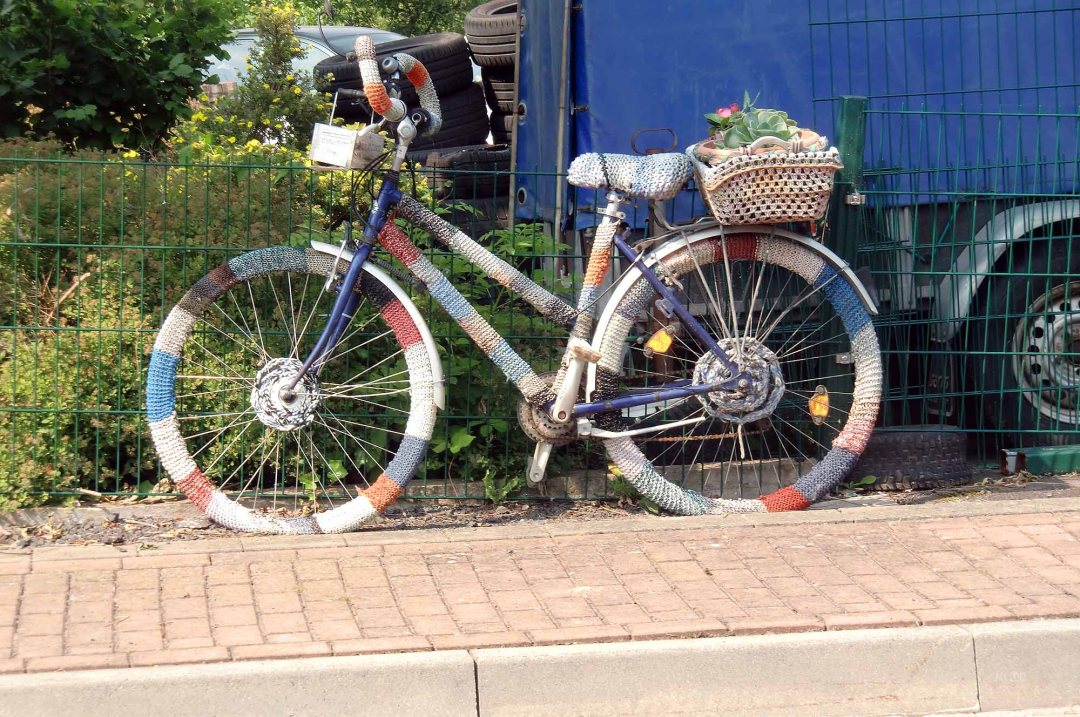 Winters are cold in Germany

Finding shade under an Autobahn

Farms at the centre of the village of Ischenrode, like so many others around Goettingen

A farm in the village of Benniehausen