Croydon RC Cyclo-Cross was held at Warren Barn Farm, Woldingham, sometime around 1980. Although Paul Tunnell reckons by his clothing it was 1978.

Glyn Durrant tells me: “that there was a huge climb from the bottom of the course to where the stile was, which another feature of the course was. That day was very cold as you can see with a lot of snow still on the ground. There was a lovely barn for the HQ building, with lots of straw bales.”

Andy Bristow remarked that it was’ “Such a shame we can’t put obstacles like that in nowadays”.

Philip Glowinski said of Woldingham: “I can remember that the laps used to be huge, sometimes 15min a lap!”

David Collins says: “Good old Ted. Designed the course and regretted it immediately!”  Marco Faimali agreed: “That’s an evil place to run a race! All that hill is good for is the people doing paragliding off/down it. Not racing up it!!!”

Paul Tunnell also has memories of this infamous venue: “It was brutal – massive climb up from the start to the top then back down again with the off fence to shake things up!!”

David Collins said: “I did this race – organised by Ted Boorman – as a schoolboy. I was a Croydon CRC member at the time. Managed to slip off the fence in the pics only to discover that there was barbed wire underneath. Spent a nice couple of hours in Caterham cottage hospital getting my tetanus’s up to date afterwards…”

Maybe saying more about Simon Scarsbrook than the course he said of Woldingham: “if ever there was a course to re-instate – that’s the one!” 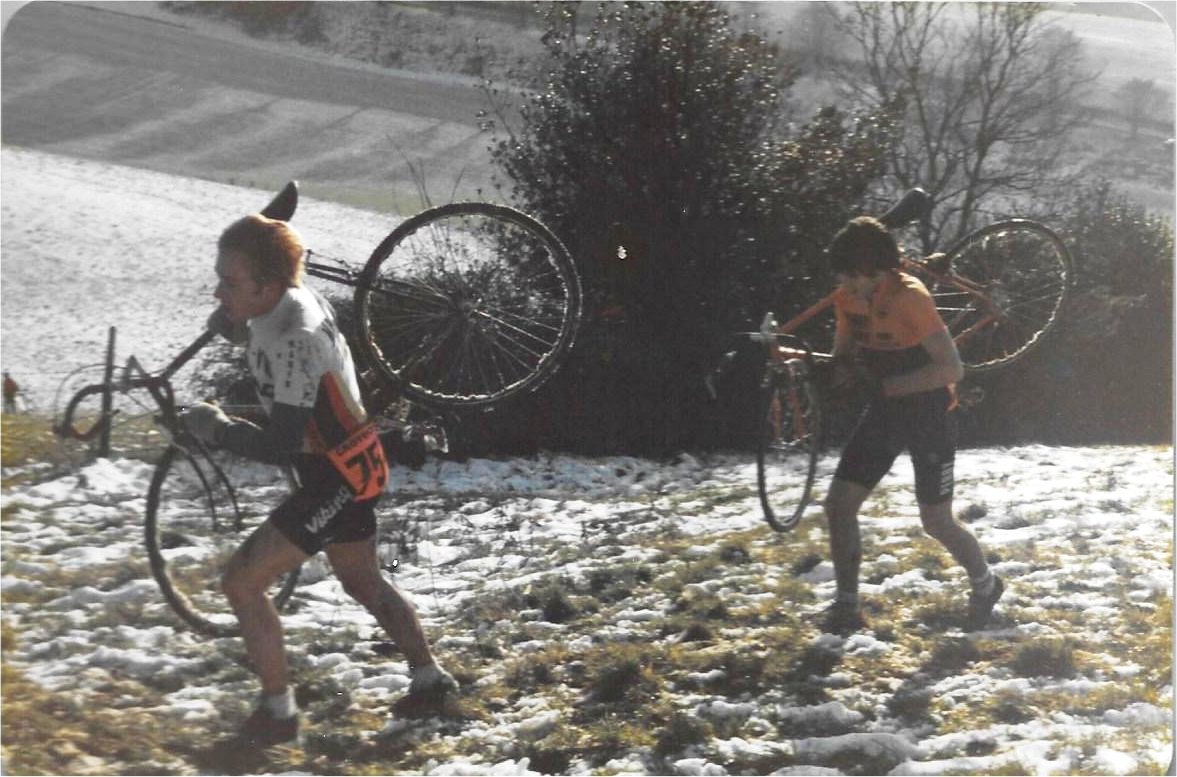