This lost course is Crabble Athletic Ground in Dover, the first home of VC Deal, Dover Football Club and at times Kent Cricket. This venue saw the development of many cross champions such as Michael Butler, Alex Paton, Max Sykes and others under the tutelage of the late Richard Wood.

In 1917 the venue saw a tram disaster that killed many. The football stadium is built on the side of hill and we as cross riders know it for its steep banks which were the challenge of all to ride.

VC Deal moved away from Crabble to promote at Lydden Hill and now promote at Betteshanger Country Park.

Marco Faimali wrote: “Good course that, always a challenge to get up those 2 short sharp climbs when you were knackered at the end of the race.”

Stuart Kinnon “I might be biased because it’s in my home town but Crabble was one of the best courses ever. It had a bit if everything and was fast too.” 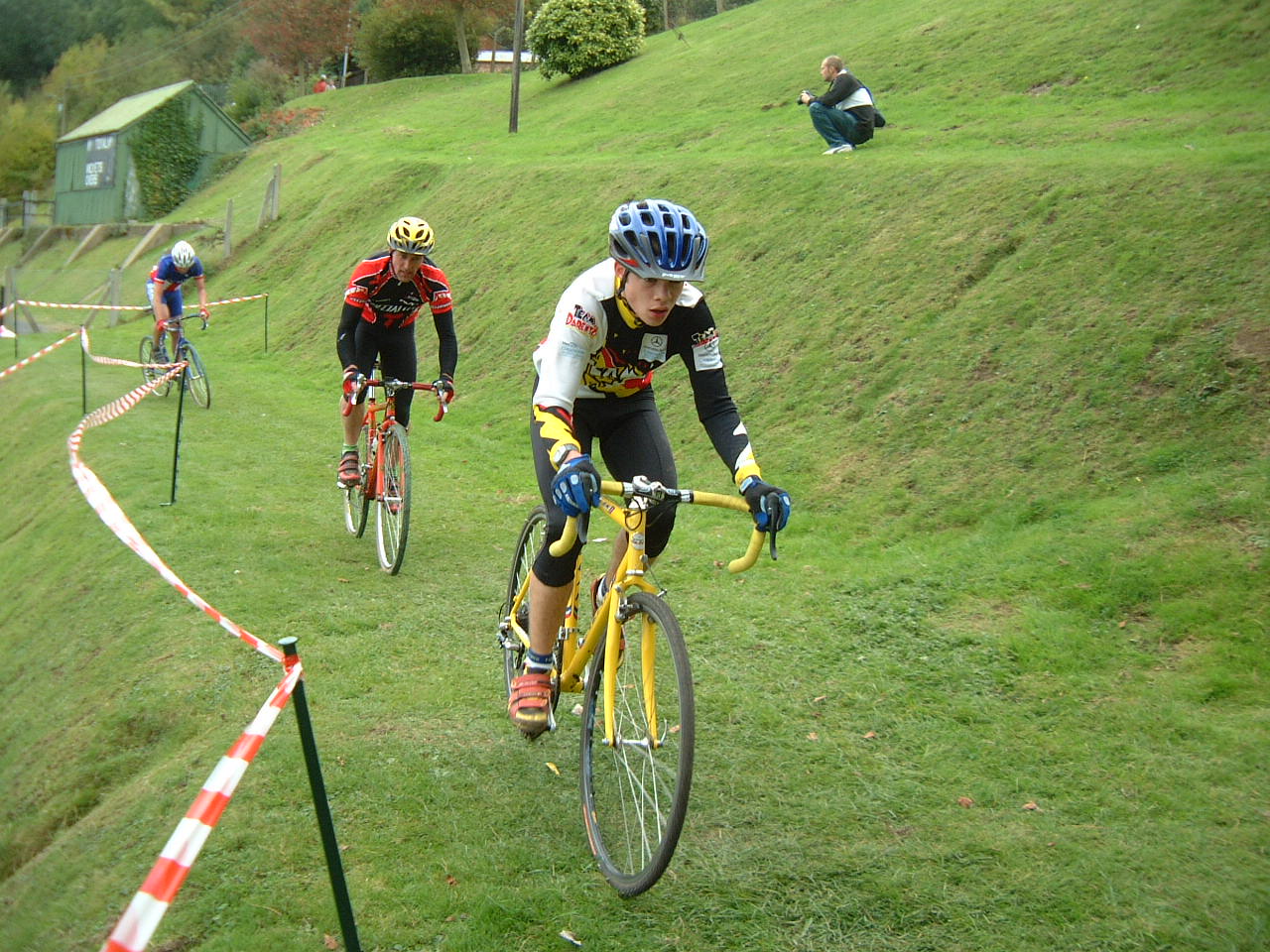 Stuart Kinnon remembered the Dover International in 1979 won by World Champion Danny De Bie and this from the Dover Express 1996. 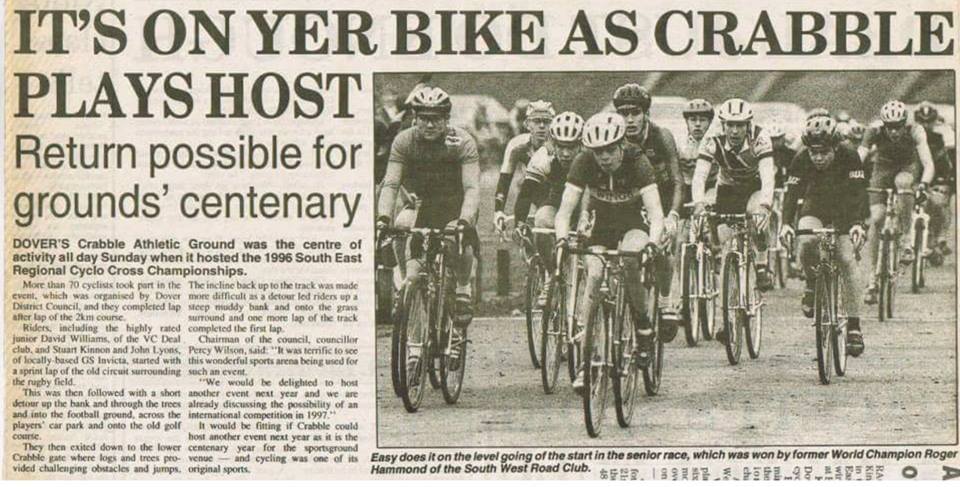